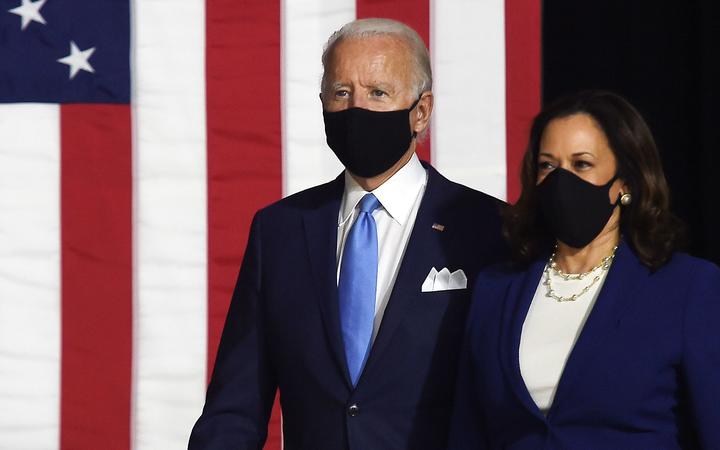 Joe Biden was today Wednesday inaugurated as the 46th president of the U.S., capping off a chaotic election season in a country still divided by Donald Trump’s unfounded claims of voter fraud.

The inauguration ceremony will start at 10:30 am (1530 GMT) with Biden and incoming Vice President Kamala Harris sworn into office at noon.

Hundreds of thousands of people usually attend the ceremony, but this time around there was only be a small crowd due to the ongoing coronavirus pandemic that has now killed more than 400,000 Americans.

More than 25,000 National Guard troops will be working in Washington to secure the inauguration.

In a break with tradition, Trump will not attend Biden’s swearing-in and subsequent gathering of all living presidents.

Vice President Mike Pence will be in attendance.

Trump will leave the White House early and plans to hold a small ceremony at a nearby military base before heading to Florida, where he is expected to take residence at his Mar-a-Lago Resort.

A Jesuit priest, Leo O’Donovan, will start the inauguration ceremony and pop star Lady Gaga will sing the national anthem.

Other celebrities including singer Jennifer Lopez will participate.

Biden will give the traditional inaugural address, a key speech that marks his first formal address to the nation as president and is seen as a key chance to set the tone of his term.

In the meantime, President Donald Trump pardoned his former Chief Strategist, Steve Bannon, as part of a last-minute clemency spree before he leaves office.

The White House announced that Trump was pardoning Bannon and 72 others early Wednesday, just hours before president-elect Joe Biden’s inauguration ceremony was set to begin.

Bannon was arrested in the summer and is accused of defrauding people who donated to a campaign to privately build a wall on the U.S. border with Mexico.

He pleaded not guilty and was released on bail. A trial was planned for May.

“Prosecutors pursued Mr Bannon with charges related to fraud stemming from his involvement in a political project.

“Mr Bannon has been an important leader in the conservative movement and is known for his political acumen,” the statement issued on behalf of Trump said.

Bannon joined Trump’s team in 2016 and took charge of the campaign.

The 67-year-old is credited with playing a significant role in Trump’s surprising success at the time.

After winning the election, Bannon became Trump’s chief strategist, but only served for seven months.

In recent weeks he has already pardoned a slew of long-time associates and supporters, including his former campaign chairman, Paul Manafort and Charles Kushner, the father of his son-in-law; his longtime friend.

Others are adviser Roger Stone and his former National Security Adviser Michael Flynn.