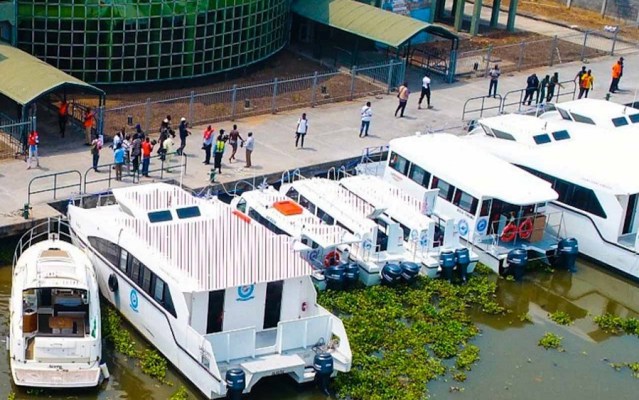 …Plans to acquire 7 ferries to boost the present 14***

The Lagos State Governm+ent has begun the renovation works of Six jetties across the metropolis, in addition to the construction of ferry terminal at Badagry, to meet the current demand for water transportation within the State.

He identified them as those of Liverpool, Ebute Ero, Bayeku, Mile 2, Ijegun Egba, and Oke Ira-Nla Jetties as being currently renovated, with an additional new terminal at Badagry, to cater for water transportation needs of the citizenry especially those in the coastal communities.

He also highlighted that besides the aforementioned projects, the State Government has also commenced channelization of water routes to make it navigable for boats to glide safely, adding that Ilaje Bariga and Ojo/Badagry channels are being dredged currently.

The General Manager also explained that the agency will focus more on safety on the waterways through constant campaigns and awareness on the proper usage and importance of life jackets, stressing that it is vital for survival in any emergency by keeping riders safely afloat till arrival of rescue.

Emmanuel appealed to the citizenry to desist from dumping waste on the roads and bridges during traffic as these filth ultimately find their ways into the water channels which on the long run will destroy aquatic life, pollute the water and the environment.

Speaking further on the menace of water pollution, he affirmed that LASWA is working hand in hand with the Ministry of the Environment and Water Resources to bring a lasting solution to the problem of illegal refuse dump and hygiene campaigns at coastal communities in the course of the year.

Rounding off, he assured that the Babajide Sanwo-Olu led administration will work assiduously to achieve its vision of multimodal transportation, especially

Expartiating further, an Asst. Director, Public Affairs, Bolanle Ogunlola (Mrs.), described the water transport sector as a viable alternative, with the expectation of the delivery of seven more brand new ferries to be added to the existing 14.