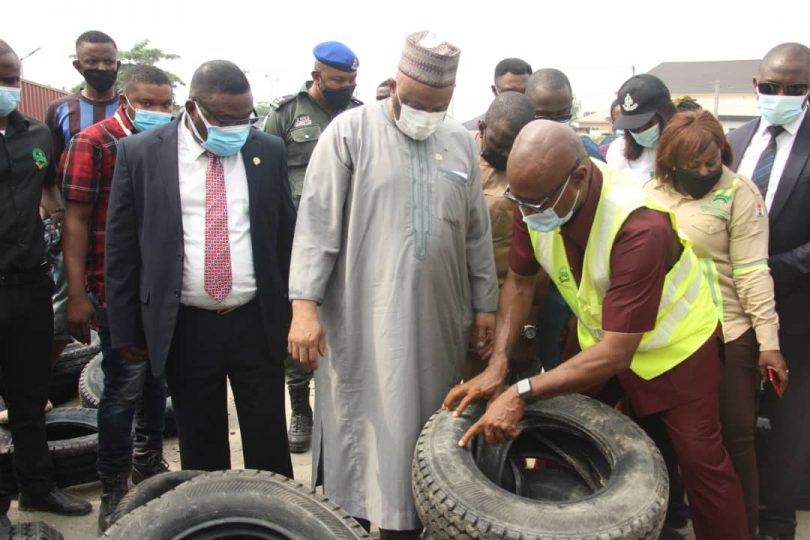 The Standards Organisation of Nigeria (SON) on Monday destroyed about N300million worth of used tyres, gas cylinders and cables at its Amuwo Odofin warehouse in Lagos, while urging the federal government to consider a policy aimed at returning substandard goods to countries of origin.

The SON’s Director-General, Mallam Farouk Salim who supervised the enforcement exercise specifically noted that the policy of returning substandard imports would not only address the preponderance of imported fake and substandard goods, but also boost consumers’ confidence in strengthen international trade.

Salim noted that an arrangement to return goods with no economic value to countries notable for producing substandard goods was timely and critical. 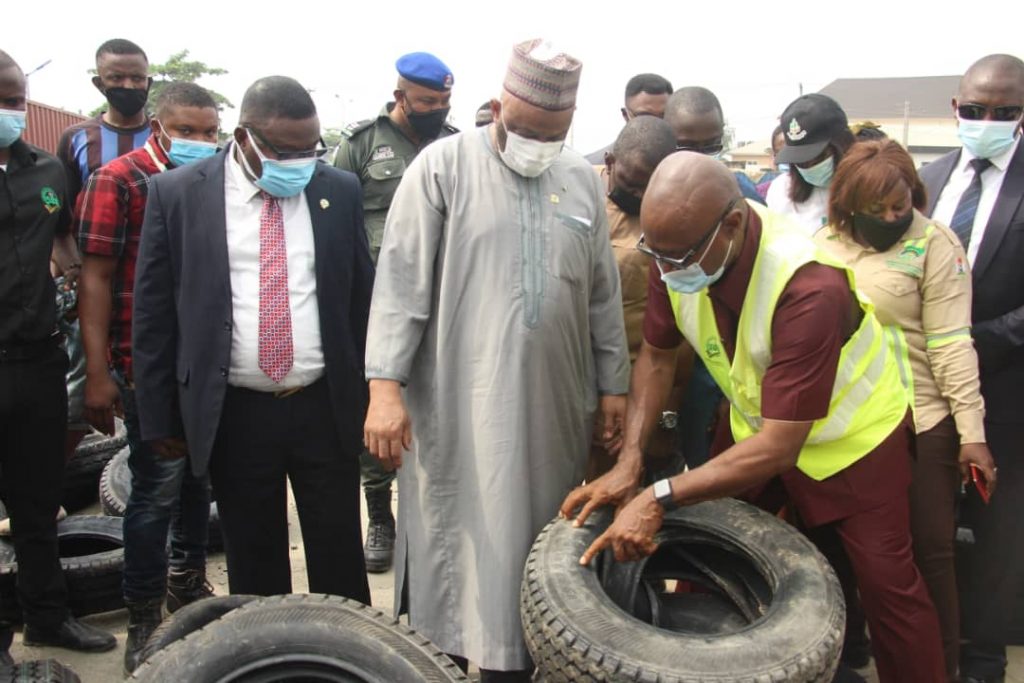 “One arrangement I would love to have is the ability to return substandard goods back to the country of origin, while also paying back the importers of the products if they were wrongly deceived.

“We will support any country to prosecute any manufacturer or importer with their own laws over there, but that law to my knowledge is not yet in place, I will definitely like to appeal to the relevant authorities in the future to put such enabling law in place,” he said.

Talking about the goods destroyed, the SON DG described them as substandard products which failed to meet the minimum requirement of the Nigerian Industrial Standard (NIS) and, therefore, were not safe for public consumptions. 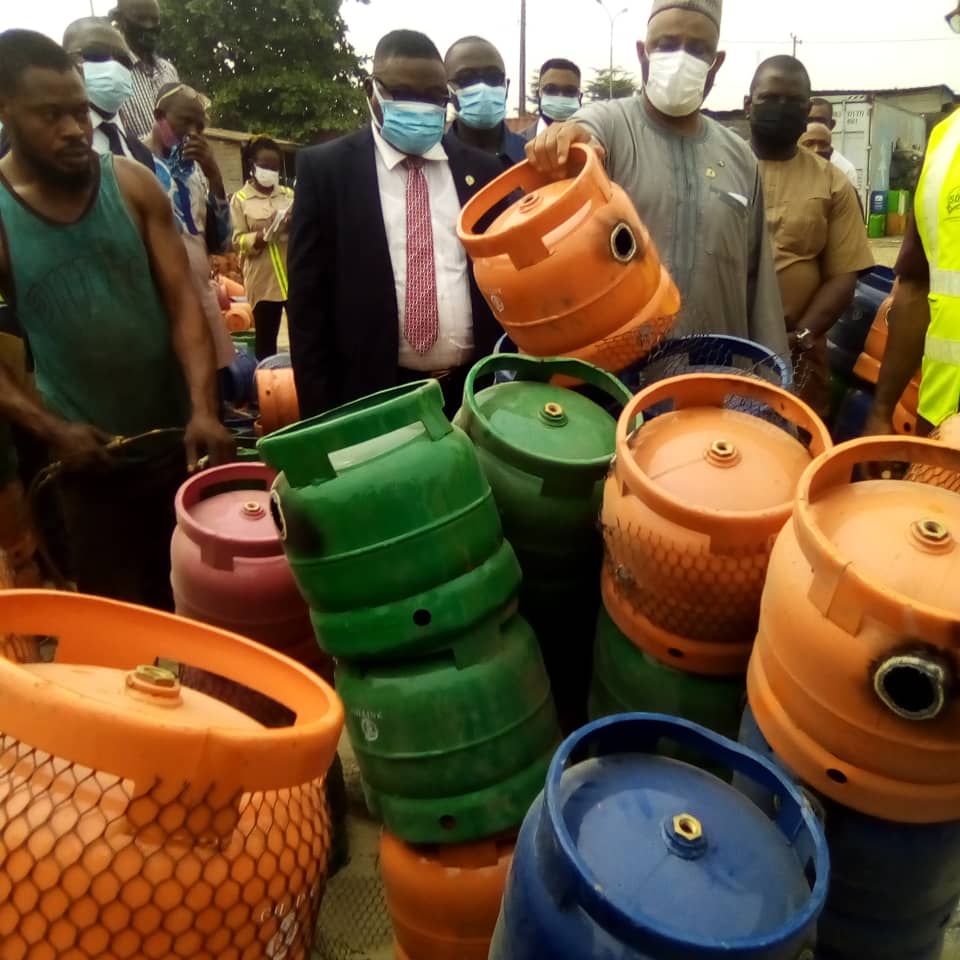 Salim said the agency was also increasing its surveillance and intelligence to checkmate the influx of substandard goods, while restating its commitment to zero tolerance for substandard goods.

“We are destroying these goods in an environmentally friendly way because we do not want to pollute the environment and we also must ensure that everything recyclable would be recycled properly.

”We are looking at N300 million worth of goods to be destroyed and this is just an estimate.

“About six containers of tyres were stuffed into each other and for the cylinders, we intercepted them from multiple sources. 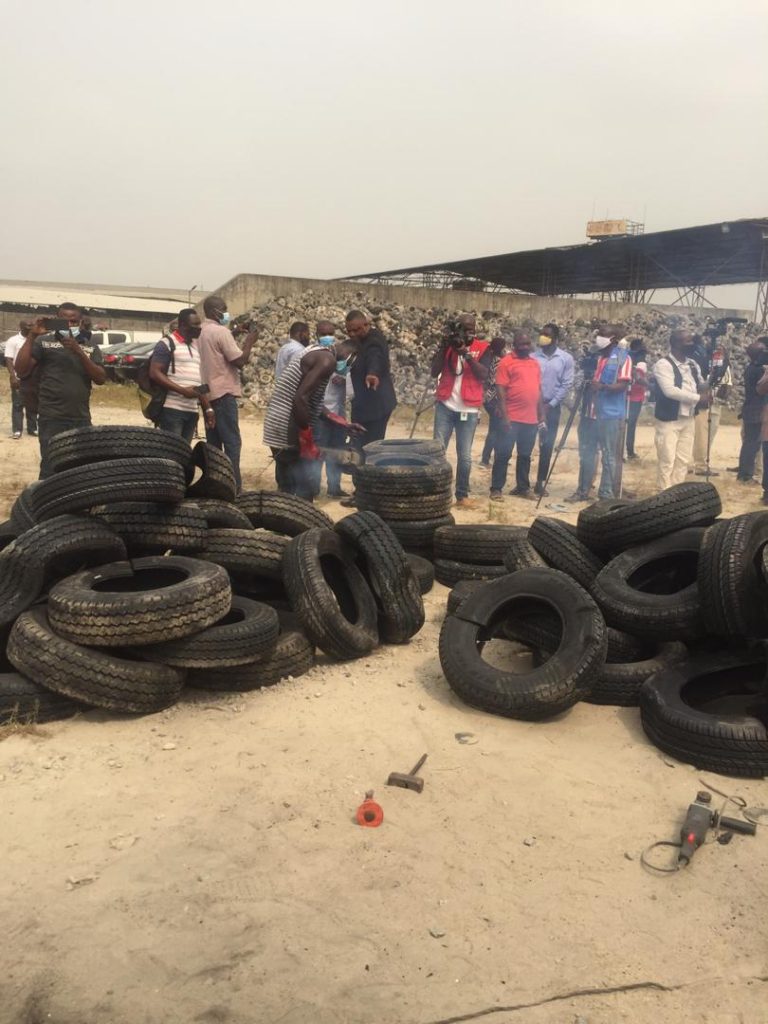 “We still have more products waiting for court orders to be destroyed because we cannot on our own destroy them,” he added.

Salim stressed the standards body’s preparedness to ensure the passage of only goods that met the minimum requirements following the commencement of the African Continental Free Trade Agreement (AfCFTA).

“In terms of the AfCFTA, we are prepared as far as standardising is concerned.

“We are ready for any situation whether from Africa or other continents across the world,” he said.

Expartiating further, Salim highlighted that “seven containers of tyres are being destroyed because their integrity has been compromised.” 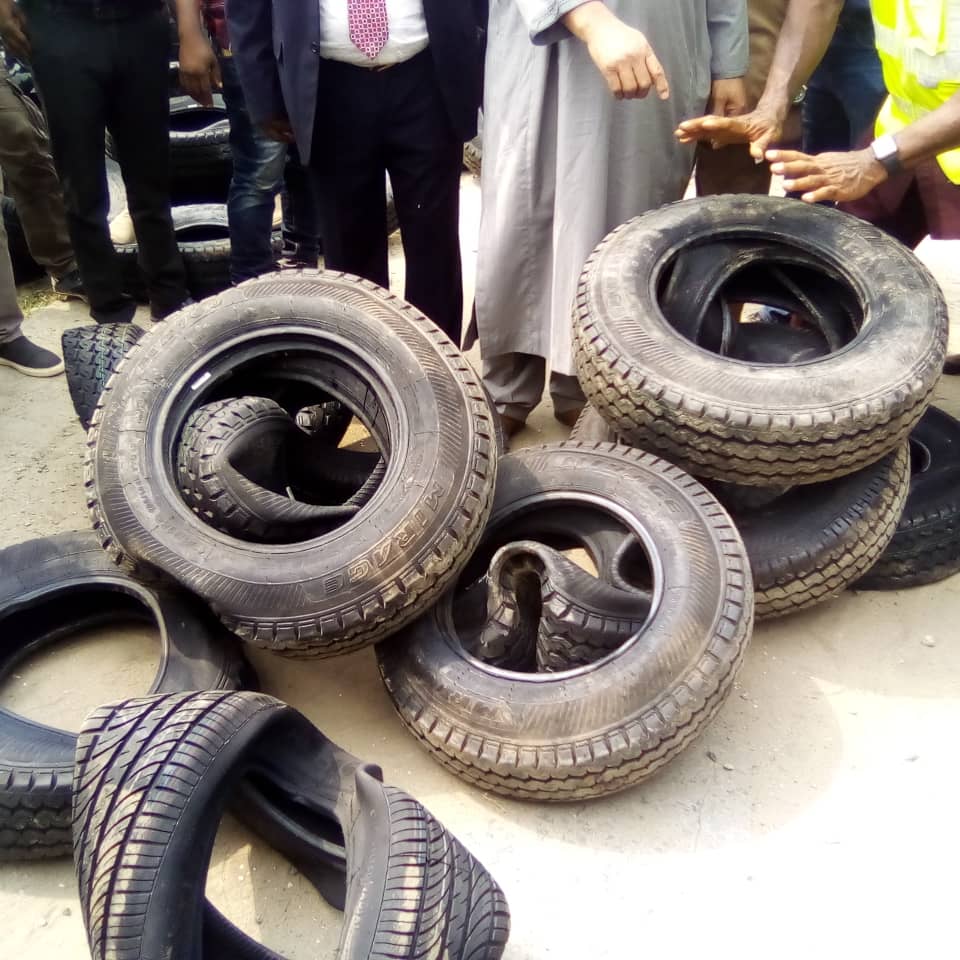 “The tyres and other goods are being destroyed because they are contraband goods, some are new but below standards when tested which poses threats to Nigeria’s life.”

“These new tyres are stuffed into one another like five at a time, forcing them into one another and at the same time stuffed in a single container, these unfortunately compromise the integrity of the tyres and may cause explosion”, he observed, lamenting: “unfortunately, people are stealing them, we have security guards but it’s not enough to keep them away in the middle of the night”.

He said, “We are still in court as regards some of the items to get judgement against them, while people are crawling into the warehouse stealing the wires and selling them, we are fighting a double-edged war”.

The DG said. “I wish there was a way we can send it back to where it came from, but we don’t have an agreement with any foreign countries to return whatever they are allowing people to dump here.”

“Technically they are making our country become a dumping ground where these cylinders will explode and kill people.”

Speaking on the readiness of African Continental Free Trade Agreement, AFCFTA, Salim assures that SON within its powers increased surveillance and now working with importers association to fish our perpetrators.

He said, “we are prepared for AFCFTA , we have our standards which are international standards, we don’t do things independent of standard obligations, therefore we are prepared standard wise to watch out for products brought into the country from fellow African Countries.

Salim grieved on the absence of SON at the port saying 85% of the substandard product coming in would be curtailed.

“However, we need more tools like access to the computers of the customs and to the ports to do our job efficiently.”