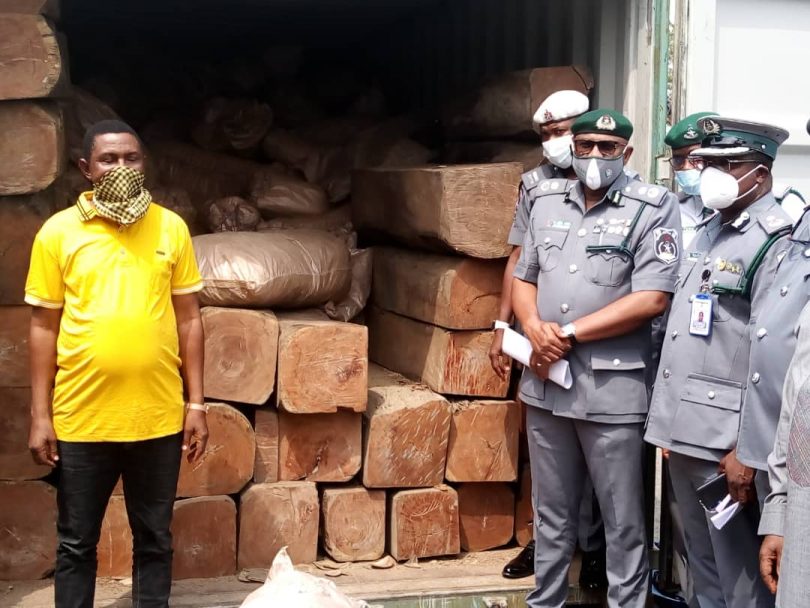 The Nigeria Customs Service (NCS) Apapa Area Command has detained an agent and an alleged woman exporter over an illegal attempt to export elephant tusks, pangolin scales and other mixed endangered species, worth N952 million.

Comptroller Mohammed Abba-Kura highlighted this at a media briefing in Lagos, saying the items were contained in a one-unit 20 feet container, marked with number CSLU 2362640, heading to Haiphong, Vietnam. 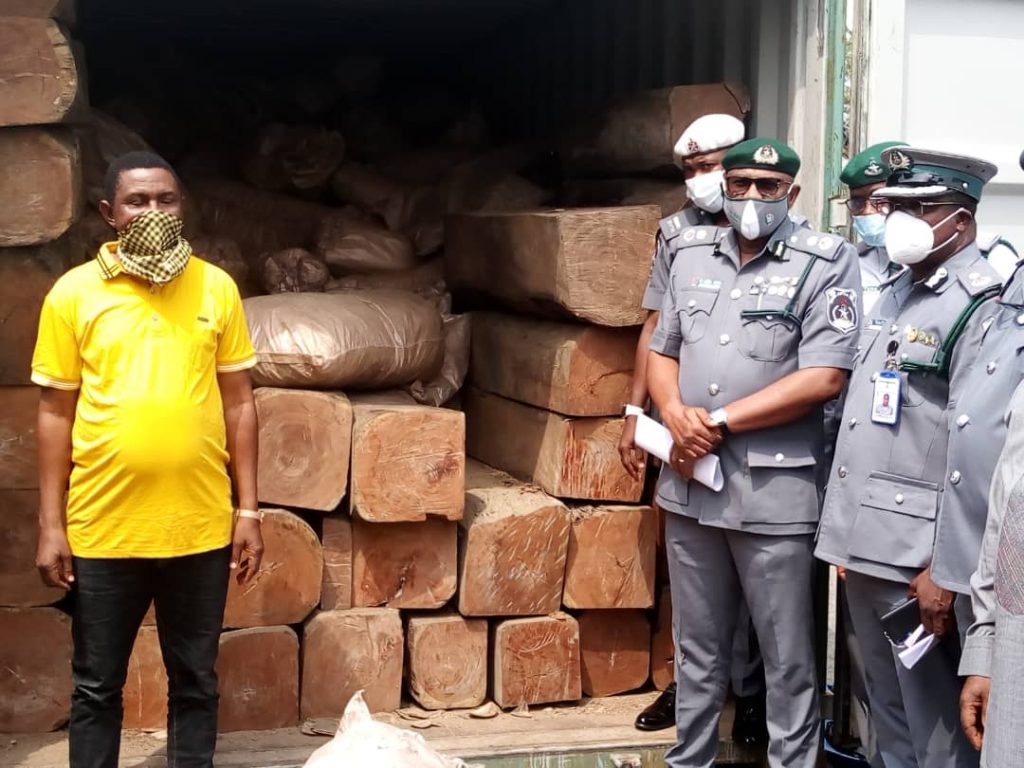 Mohammed Abba-Kura before the offending container

He said that the items falsely declared as furniture components, comprised 162 sacks of pangolin scales weighing 8,800kg and 57 sacks of mixed endangered species of various sizes such as ivory/animal horns, lion bones and others.

Abba-Kura said that the total weight of the items stood at 854,719 tonnes, valued at N952 million.

“On Jan 21, based on credible intelligence, Customs operatives at the export seat of Apapa command successfully detected and arrested one unit of 20 feet container which was processed for export and falsely declared as a furniture component.

“Immediately the container was opened, logs were seen in front, and upon 100 per cent physical examination of the container, elephant tusk and the pangolin scales were seen concealed by the logs,” he said.

He said that a lady was picked, who later mentioned an agent that had been detained and was being interrogated. The comptroller said that after due investigation, the service headquarters would take necessary action in line with environmental laws, guidelines, protocols, conventions and treaties on environment.

He said that for the avoidance of doubt, their action of impounding the container was in line with the provision of Section 147 of Customs and Excise Management Act (CEMA) Cap 45, Laws of the Federation of Nigeria 2004 and in line with schedule 6 of Common External Tariff.

“The Convention of International Trade in Endangered Species (CITES 1973) entails that Customs Administration all over the world protects wildlife by intercepting illegal trade on such animals.

“Pangolins – scaly, shy and sensitive – are believed to be the world’s most trafficked nonhuman mammals accounting for as much as 20 per cent of all illegal wildlife trade.

“Their scales which are made of keratin (the material in fingernails) have no scientific proven curative properties but are in high demand for use in traditional Chinese medicine.

“Consequently, all eight species are threatened with extinction. Despite a 2017 ban on international commercial trade of the scales, experts estimate that more than a million pangolins were poached from 2000 through to 2014,” he said.

Abba-Kura said that all efforts would be geared toward ensuring that such dangerous and harmful environmental crimes were detected and prevented. He said that all saboteurs would be made to face the full wrath of the law.