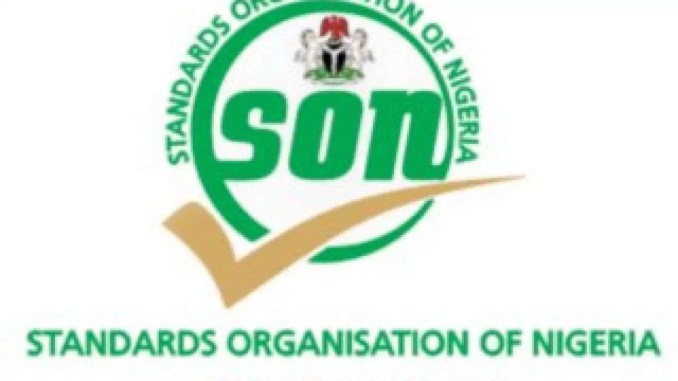 …Says the Car washing soaps, could poison fish if it enters rivers!***

Buoyed by the euphoria of destroying N300million Cables, used tyres and fake cylinders in Lagos, the Standards Organisation of Nigeria (SON) Tuesday swooped on shops in Jos and Bukuru towns in Plateau, confiscating detergents and car washing soaps.

The state Coordinator of SON, Mr James Yakzum, who led the raid in Jos, disclosed that the detergents had “Sodium Thio Poly Phosphate (STPP)’’ an item that is detrimental to aquatic life by causing an algae bloom.

STPP is said to be rich in phosphorus and nitrogen, and is harmful to aquatic life.

This, Yakzum further explained, that STPP also prevents oxygen and sunlight from getting into water bodies, leading to the death of lives in such water bodies.

A Stakeholder said he was ill-at-ease, to see how anyone would wash a car inside a Rivera, and thus endanger fishing, going by SON argument!

Yakzum further disclosed that STPP gets into the water bodies when people use such detergents to wash and clean at various places.

According to him, SON reviewed the standard for detergent production in 2018 and asked the manufacturers of detergents to desist from using STPP and revert to the use of Sodium Phosphate.

He said that the organisation gave them a one-year ultimatum which expired in 2019.

The state coordinator explained that aside from STPP causing the deoxygenation of aquatic fauna by the production of the algae bloom, bacteria in the water due to the presence of the STPP also produced cyanite.

“This is poisonous and highly detrimental to humans,’’ he said.