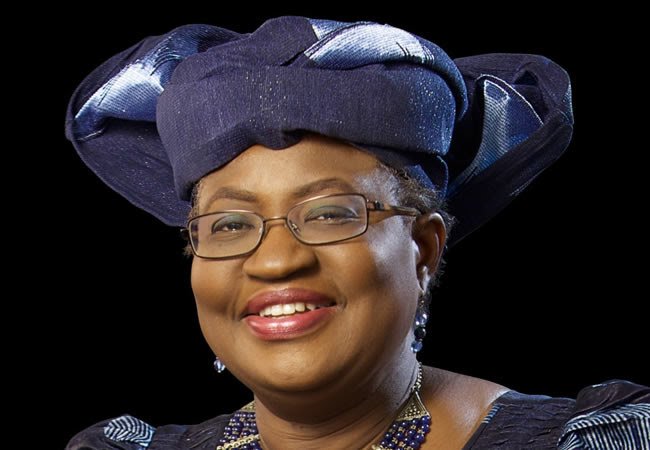 The U.S.–Nigeria Trade Council, United States of America, has hailed the appointment of Dr Ngozi Okonjo-Iweala as the Director-General of the World Trade Organisation (WTO).

The council in a statement issued on Tuesday by its Executive Director, Mr Titus Olowokere, urged Okonjo-Iweala to nurture an egalitarian trade world during her tenure.

Okonjo-Iweala was formally announced as the helmsman of the WTO on Monday, becoming the first woman and the first African to lead the global trade body.

Olowokere said her emergence represents hope for a bigger African presence in the global economy and governance.

“As she settles into her new role, we urge Okonjo-Iweala to nurture an egalitarian trade world.

“Poorer nations in the global south have long protested the advantages that WTO has given the developed world, and their relative lack of influence over decision-making compared with richer states.

“Most importantly, among the most significant challenges before her is undoing the deep level of mistrust between rich economies and those of the developing world.

“The relevance of the African Continental Free Trade Agreement (AfCFTA), a trade agreement which is in force between 27 African Union member states, to world trade, cannot be over-emphasised.’’

According to him, the free-trade area is the largest in the world in terms of the number of participating countries since the formation of the WTO.

Olowokere noted that now was the time for Africa to be embraced as integral, virile trade partner, not as subordinate, downstream ally.

“The pressure is now on her to deliver to Africa a better trade deal.

“The WTO has entrenched rules on how it assists poorer economies but that doesn’t include encouraging manufacturing, just trading in ready goods. This needs to change.”

He lauded Okonjo-Iweala’s ruggedness, deep-negotiation skills, and international experience in building virile global economies, adding that she should put it to bear in managing the 164 member organisation.

Olowokere, however, noted that there are a stream of challenges ahead of her as trade challenges facing the WTO now were perhaps the biggest it had ever tackled.

He said these included the functioning of the dispute settlement system, its failure to negotiate new multilateral trade agreements and a set of other disruptive issues raised mainly by “privileged” member States.

According to Olowokere, while climate is a clear focus for  Okonjo-Iweala, ramping up global efforts to combat COVID-19, ensuring fast distribution of vaccines, has also been her priority.

“However, the U.S.-Nigeria Trade Council implores her to concentrate on reforming the world trade terrain.

“This will allow World Health Organisation to take care of healthcare issues.

Mukhtar said this while reacting to the appointment in a telephone chat on Tuesday, shortly after Okonjo-Iweala was appointed the seventh DG of the WTO on Monday, making her the first woman and the first African to head the multilateral trade body.

The decision was taken by consensus at a special meeting on Monday at the organisation’s General Council.

In October, her WTO candidacy was supported by all geographic regions at the trade body apart from the United States.

The university don said the appointment had given Nigeria and indeed Africa a full and strong representation not only at WTO but other fora like G7, G20 and International Monetary Fund (IMF) conferences among others.

He said his expectation was that henceforth Africa would be benefiting in terms of trade disputes and other matters relating to trading since the continent was well represented.

According to him, going by the track record of the new WTO DG, her appointment will have multiplier effects in terms of poverty reduction, job creation and improvement in foreign exchange.

He noted that with her wealth of experience, Okonjo-Iweala would work hard to bring up policies to improve trade in Nigeria, on the continent and indeed in the world.

Mukhtar advised her to be fair and just to all member nations in all WTO activities, adding that members should be given fair playing ground in trade disputes and settlement.

He urged the first woman director general to transform the organisation for better based on the global macroeconomic dynamics in line with best practices.

“I am very happy and overwhelmed that an African woman and indeed a Nigerian has been appointed to steer the affairs of WTO.

“This Okonjo-Iweala’s appointment will upgrade the status of Africa as we can now play in the same league with the rest of the world. In fact, it is an honour to Nigeria,” he said.