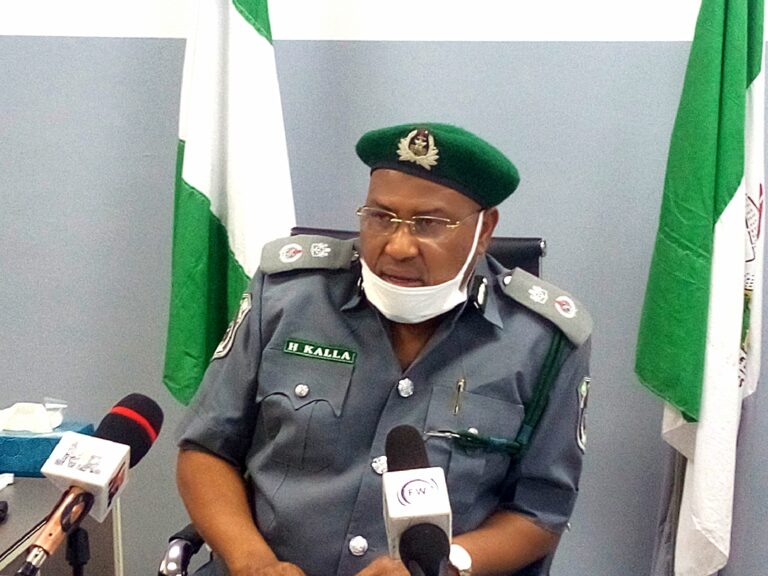 Briefing newsmen on Wednesday in Birnin Kebbi, the Customs Area Comptroller, Hafiz Kalla, said that the activities of the command in 2020 focused mainly on suppression of smuggling, stressing that the land borders were closed within the period.

“We were, therefore, poised to ensure that economic saboteurs were not given a breathing space. To this end, our dogged efforts successfully yielded in 227 seizures last year.

“The items were intercepted at different locations within the command, notably Kamba, Kangiwa and Yauri axis,” he said.

Kalla explained that the breakdown of the seized items comprised of 333 packs of 1kg of Cannabis Sativa, two sacks of Diazepam 5mg drugs and 121 sacks of power snuff.

“We also have 607 bales of second-hand clothing, 68 sacks of new and used footwears, 23,450 pieces of new textile materials and 395 kegs of 25 litres of imported palm oil and Vegetable oil.

“Others include: 91 bags of foreign sugar of 50kg, four truckloads of Hides and Skins, 256 cartons of lightening cream, 115 sacks and 13 sacks of potassium nitrates and sodium cyanides, respectively.

“We also seized 260 jerk knives and 70 units of used vehicles; and other sundry items,” he explained.

Kalla added that the command, equally, seized and auctioned 126,005 litres of PMS and diesel along with other perishable items.

“The items auctioned generated a total sum of N35, 329,000, and the same has been remitted into the Federation Account in accordance with extant laws,” he said.

According to the Comptroller, five suspects were arrested in connection with some of the smuggled items and had since been granted administrative bail.

“The above achievement was as a result of hard work, diligence and constant vigilance exhibited by our officers and men in the field.

“And of course, with the help and support of other units in the service and relevant security agencies through mutual collaboration and intelligence sharing,” he said.

Kalla reiterated the commitment of the officers and men of the command to stemming the tide of smuggling.

He called on the general public in the state to continue to cooperate and help with useful information in order to protect the country from the importation of goods injurious to the citizens’ health and nation’s economy.