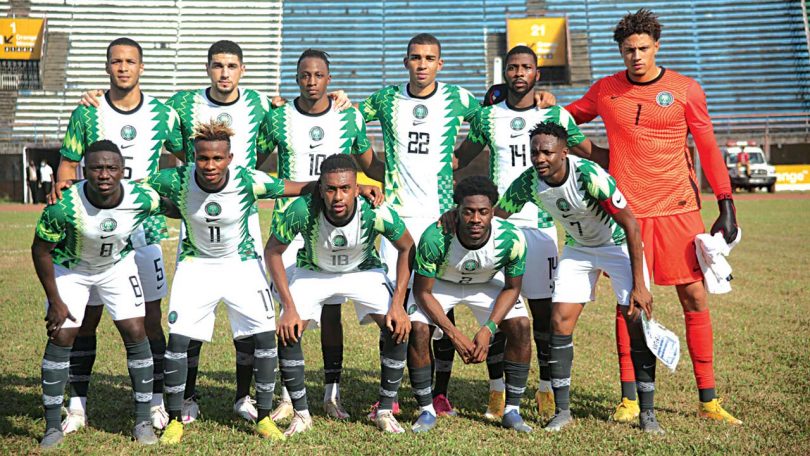 Nigeria’s Super Eagles have dropped by one spot in the January Ranking of the Federation of International Football Associations (FIFA) to now occupy the 36th position in the world.

In the ranking table released by the world football governing body on Thursday, the Nigerian team retained the 1474 points they had in the month of December.

The ranking which is the first in 2021 saw Nigeria retaining its fifth spot on the continent behind Senegal, Tunisia, Algeria and Morocco respectively.

On the global scene, a total of 43 full internationals (including one played in December 2020) were taken into account.

The standout tournament in recent weeks has been the African Nations Championship (CHAN), where a total of 32 games took place and with Nigeria not participating.

These fixtures, as well as the other 11 games played, have been classified as friendlies, because only players competing in their countries’ national championships are eligible to participate in CHAN.

Those teams aside, no other country has enhanced its position since December, and the Top 32 places in the standings remain unchanged since the end of 2020.

Belgium, France, Brazil, England and Portugal continue to occupy the top spots, with the leading trio of Belgium, France and Brazil only separated by 37 points.

The fight for top spot promises to be an exciting one this year, with a string of major tournaments scheduled (Copa America, UEFA EURO and CONCACAF Gold Cup).

There is also the resumption of qualifying competitions for the 2022 FIFA World Cup scheduled for Qatar.