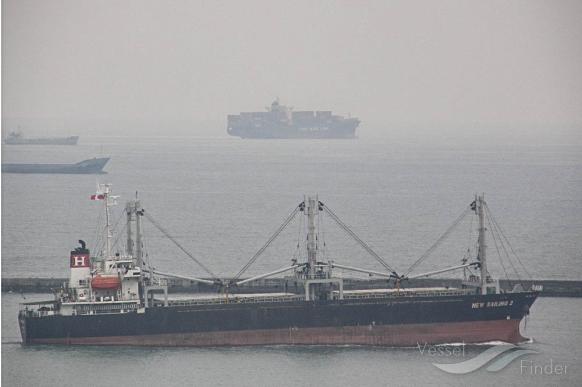 A general cargo ship, KING 2 on Thursday, February 18 went adrift off Gythio, Laconic Gulf, Peloponnese, Greece, with her engine disabled by poor quality bunker fuel. The ship was reportedly on its way to Port Harcourt.

The Master, however, didn’t ask for assistance, but merely awaited bunker tanker to be refueled. As of 14.45 UTC Feb 19, the ship was still off Gythio, probably anchored.

Interestingly, the ship’s cargo and voyage was the same, like the ship which sank on February 17 in Gulf of Sidra.

The KING 2 is loaded with gypsum, and is en route from Iskenderun to Port Harcourt Nigeria.

The ship which sank in Gulf of Sidra, was also an aged freighter, even smaller than KING 2 (General cargo ship UK DIVERSITY, IMO 7359125), the development has created a confusing similarity in the minds of Stakeholders and industry watchers!