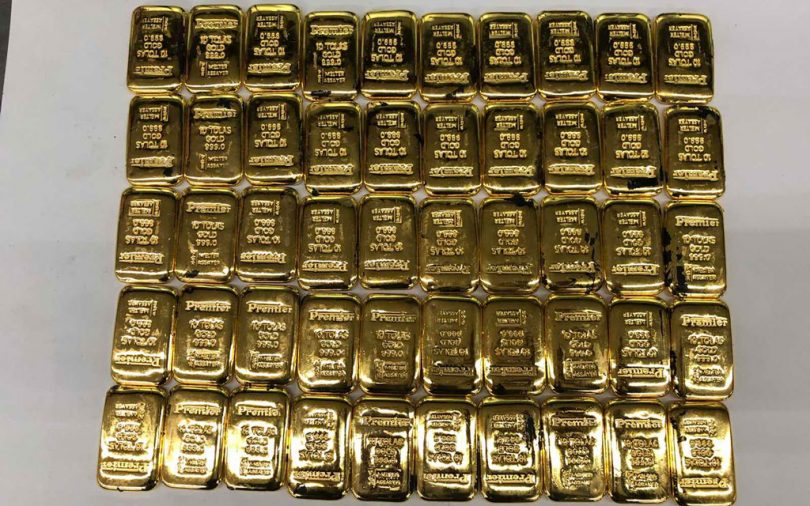 Nurunnahar Lily, a senior customs official, told journalists that they seized the gold bars worth about 100 million takas (about $1.16 million) from Biman Bangladesh’s flight BG-128 that landed on Monday morning.

Acting on a tip-off, she said the customs officials carried out a search after the plane landed and discovered the bars inside the air-conditioning panel above the passenger’s seat.

No one was arrested in connection with the seizure.

Sources said organised gangs of local smugglers, having links with their foreign sidekicks, have been increasingly using Bangladesh as a transit for the illegal transportation of gold, foreign currencies, contraband drug and medicines.

In the meantime, China’s foreign minister has called on U.S President Joe Biden to drop the tariffs and sanctions imposed by his predecessor Donald Trump.

Beijing hopes the U.S. will change tack as soon as possible and abandon unreasonable tariffs on Chinese goods, Foreign Minister, Wang Yi, said on Monday at a policy forum in China’s capital.

“We are ready for open communication with the US side,” the top envoy said, but he urged Washington to respect China’s core interests and stop smearing the Communist Party and China’s political system.

Relations between Beijing and Washington plumbed new depths during the Trump administration, which launched a trade war that saw tariffs slapped on Chinese imports and sanctions imposed on Chinese officials over the continuing crackdown on Hong Kong’s pro-democracy movement.

There has been no signal so far that Biden plans to reverse the Trump-era measures.

In his first phone call with Chinese leader, Xi Jinping, earlier this month, the disagreements between the two world powers were on full display.

The White House said Biden expressed fundamental concerns about Beijing’s coercive and unfair economic practices and also broached China’s crackdown in Hong Kong and increasingly assertive actions in the region, including toward Taiwan.

In turn, “China’s president warned him against a confrontation that is definitely disastrous for both countries and the world,” Chinese state news agency Xinhua reported.

Xinhua with additional report from dpa