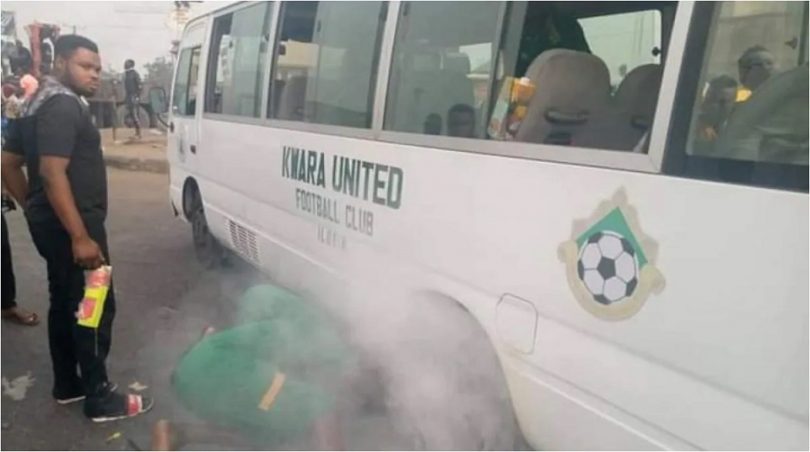 Jimoh Bashir, the Media Officer of Kwara United Football Club, says no lives were lost and no one was injured when the team’s bus caught fire in Asaba on Monday morning.

The newsmen report that the Ilorin-based club’s bus caught fire in Asaba, Delta as the team was returning from Enugu to Ilorin.

”We are grateful to God that none of our players and officials was injured in the incident, and no case of lost life or lives,” Bashir said.

He stated that the players and officials had also overcome the shock of the incident and were now in high spirits.

It was reported that the team was in Enugu for their 2020/2021 Nigeria Professional Football League (NPFL) Match Day 11 fixture against hosts Rangers International FC.

They lost 0-1 after Chiamaka Madu’s 30th-minute goal in the match played at the Nnamdi Azikiwe Stadium.

Bashir told the newsmen on Monday that passersby had helped the club’s players and officials to put out the fire which was noticed near the rear tyre on the bus’ left side.

He however disclosed that a number of mechanic personnel had been contacted to fix the problem with the bus before they could continue on their return home.