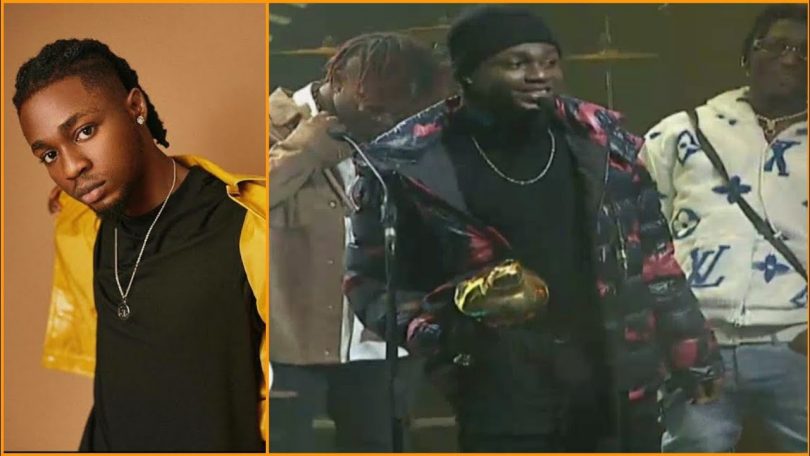 The event was held virtually and also had people physically present at the event, due to the COVID-19 strict protocols.

The night which saw Omah Lay winning the Next Rated award category, which also comes with a car as the cash prize.

He won the award over the likes of Tems, Oxlade, Bella Shmurda.

The next rated award is one of the biggest awards in the headies, this award was what brought an issue between YBNL boss Olamide and MAVINS Don Jazzy in 2016.

Fireboy was also a major name at the just concluded awards after clinching five awards at the Headies his album Apollo won the Album of the year, he also won the Headies revelation, Best R&B Single, Best Pop Album, Best R&B Album.

Others include  Dj Neptune ft Mr Eazi and Joeboy-Nobody, which won two awards Best Pop Single and song of the year; Brymo-Best Recording of the Year(Ozymandias); Pheelz-Producer of the Year(Billionaire).