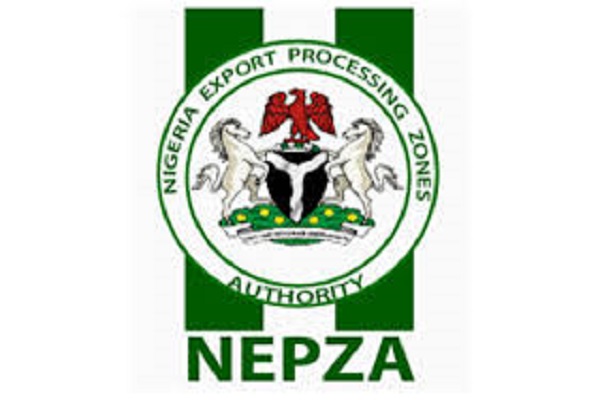 Prof. Adesoji Adesugba, NEPZA’s Managing Director, disclosed this on Wednesday in Abuja when a delegation from Nigerian Association of Chambers of Commerce, Industry, Mines and Agriculture (NACCIMA) visited him.

The delegation, led by its National President, Hajiya Saratu Aliyu, had sought for NEPZA’s collaboration in trade and export processing.

Adesugba noted that the Lekki Free Trade Zone in Lagos State was earmarked as the site for the first fully equipped and functional Medical Special Economic Zone (MSEZ) in Nigeria.

According to him, when the MSEZ is finally established, it will provide world-class, in-country healthcare comparable to what Nigerians seek abroad.

He further noted that the conceptualisation of the zone was done in response to the emergence of the Coronavirus  (COVID-19) pandemic which many countries were ill-prepared for.

He noted that the pandemic had taken its toll on the economic and healthcare systems of even the most developed countries.

This, he said, had led everyone to re-evaluate and develop new strategies for building additional capacity in the medical arena.

“Nigeria is no exception to this.

“If approved, the project will be executed in partnership with the Lagos State Government (LASG) and the Federal Ministry of Health (FMOH).

“Discussions are already underway with high-level stakeholders and potential investors on the implementation arrangements for the zone which has been met with huge positive response.’’ he noted.

He disclosed that it had revised its strategic plan to include “to increase the number of functional and optimal SEZs’’ as one of its key goals.

Adesugba said that the revised plan was aimed at supporting President Muhammadu Buhari’s industrialisation agenda, upon his appointment as NEPZA’s managing director in July 2020.

He noted that the main strategy was the creation of SEZs models of global best practice by establishing world class “plug and play” technically-driven zones and providing an enabling environment for business in some thematic areas.

He listed the thematic areas as medical, mining, technology and agricultural areas.

To this end, he said that some of the six approved SEZ’s by the President, namely: Lekki Free Trade Zone, Lagos and Kwara States SEZs shall be developed into model zones.

“The Funtua SEZ in Katsina State is the proposed site for the Cotton and Textile SEZ whilst Ilorin SEZ in Kwara state has been earmarked for the Agricultural SEZ,’’ he said

Adesugba, however, promised to collaborate with NACCIMA to boost the enabling environment for business and investment to thrive.

Aliyu had said that NACCIMA as the business organisation and umbrella body of the Organised Private Sector (OPS) had sought support of NEPZA for export.

The NACCIMA president said it needed NEPZA’s support in harnessing the opportunities inherent in export by its members.

“With NEPZA, our goods will be well packaged and processed for export,’’ she said.

In the meantime, the Nigeria Export Processing Zones Authority (NEPZA) has expressed readiness to collaborate with the Nigerian Association of Chambers of Commerce, Industry, Mines and Agriculture (NACCIMA) to promote export processing in the country.

Prof. Adesoji Adesugba, NEPZA’s Managing Director, said this when a delegation from NACCIMA, led by its National President, Hajiya Saratu Aliyu, visited him on Wednesday in Abuja.

The visit by delegation from NACCIMA,  an umbrella body of the organised private sector in Nigeria was to seek NEPZA’s support in export processing and facilitation for its members.

“This is our focus going forward. A collaborative engagement between NEPZA and NACCIMA is, therefore, very timely in view of NACCIMA’s role as the “Voice of Nigerian business” committed to leading Organised Private Sector (OPS) growth.

“By providing an enabling business environment to promote their business interests, whatever that may be. With over 60 years’ experience under its belt, NACCIMA is more than qualified to support NEPZA in this quest,’’ he said.

He, however, hoped that the organisations would work together towards achieving the industrialisation agenda and the economic development of the country.

Following Nigeria’s ratification of the Africa Continental Free Trade Agreement (AfCFTA) late 2020, he said NEPZA sought to leverage on its opportunities to service the African market by increasing exports.

Accordingly, he said the goal of the AfCFTA resonated strongly with the aims and objectives of Special Economic Zones (SEZs) in promoting trade and services.

He said that was why NEPZA was currently repositioning its SEZs strategy to support the Agreement.

“The Authority is implementing this by focusing its investment facilitation and capacity expansion on goods and services that the country has high comparative advantages.

“Additionally, there are several additional ongoing reforms aimed at improving efficiency of our zones and boosting exports.

“These include; Review and update of the NEZPA Act to accommodate new initiatives and goals. Realigning the required institutional arrangements and building the capabilities and capacities to deliver.

“It also focuses on overcoming infrastructural and logistics challenges such as access roads and power within zones.

“It seeks to reduce high operating costs within zones to support increased participation of Small and Medium Enterprises in the SEZ’s,’’ he said.

NACCIMA’s president earlier congratulated Adesugba on his well-deserved appointment as NEPZA chief executive officer and hoped that the collaboration would facilitate export in the sector as sought.

Aliyu said that the purpose of the visit by the association was to seek NEPZA’s support in export processing and facilitation for its members across the country.