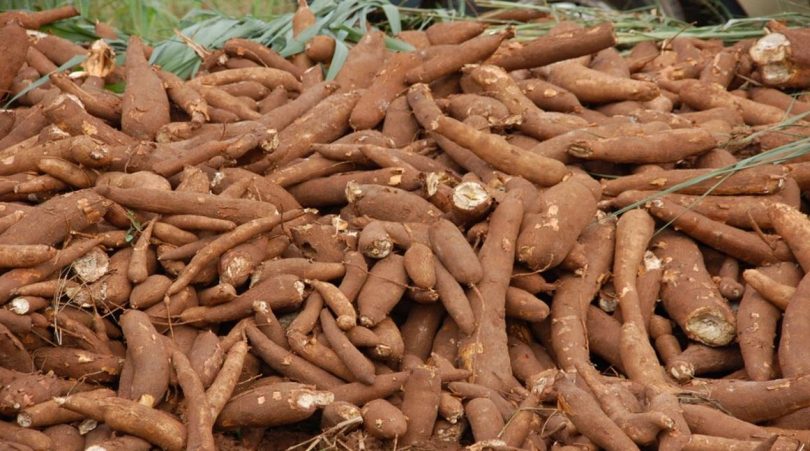 The Federal Government on Wednesday in Bauchi declared that Nigeria is now the largest producer of cassava in the world.

Mrs Karima Babangida, Director, Federal Ministry of Agriculture, Abuja, made the disclosure at a workshop on cassava production organised by the ministry.

The workshop tagged “Capacity Building of Farmers to Address Yield Gap in Cassava Production’’ was organised for youths farmers in the North-East.

Babangida, who was represented by Regional Director, North East, Federal Ministry of Agriculture and Rural Development, Alhaji Umar Mohamed,  said that Nigeria “is still the world’s leading producer of cassava, compared to others like Thailand.’’

She said that Nigeria was leading in spite of the low yield which is below 10 tonnes per hectare.

The director observed that the country has the potential to produce 40 tonnes per hectare but blamed the low yield on some challenges being faced by farmers in most parts of the country.

According to her, the low yield challenges can be addressed through workshops, proper policies, efficient technologies, agronomic practices and cropping systems.

She explained that the aim of the workshop was to ensure that the yield gap in cassava production was addressed through dissemination and adoption of improved technologies, as well as innovations by smallholders.

Babangida said that the workshop would not only encourage youth and gender empowerment but would increase productivity and income, as well create more economic opportunities for farmers in the cassava value chain.

Babangida said that apart from guaranteeing food security, an increase in cassava production would enable the crop to provide raw materials for ethanol and pharmaceutical industries.

She noted that weed management and best practices tools developed by the International Institute of Tropical Agriculture (IITA) has yielded results through increase in production from its earlier 10 tonnes to 20 tonnes per hectare.

Babangida commended various organisations in the agricultural sector for introducing assorted tools and expertise towards addressing the gap in the production of the commodity that has started yielding dividends in the sector.

She assured farmers of continued support by the government to enable them to achieve increased productivity, farmer’s income, accelerated food supply, make farming profitable, available and affordable in price to the populace.

Mohammed, who is represented by Director, Federal Ministry of Agriculture and Rural Development, in Bauchi, Alhaji Mohammed Yusuf, urged the participants to disseminate the knowledge acquired to other farmers in the region.