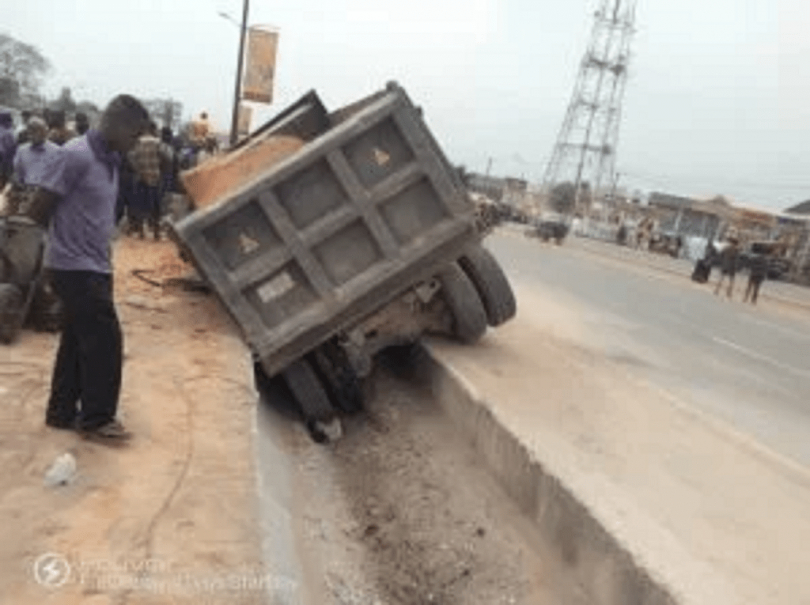 Four female hawkers have been confirmed dead in an accident involving a truck on Upper Iweka Flyover in Onitsha, Anambra.

“Eyewitness reports reaching us indicate that the truck driver had a disagreement with revenue collectors on Upper Iweka Flyover, and the truck rolled back and crushed four female hawkers along the road.

“The driver of the truck and his motor boy came out without injury.

“FRSC rescue team, along with some officers of the Nigerian Army and the Nigeria Police Force, rushed the victims to Toronto Hospital in Onitsha and deposited their bodies at the morgue after doctors on duty confirmed their death,” he said.

The sector commander said that the driver of the truck had been handed over to the police for investigation.

While condoling with the families of the dead, he urged Nigerians to be mindful of the dangers associated with hawking near highways.