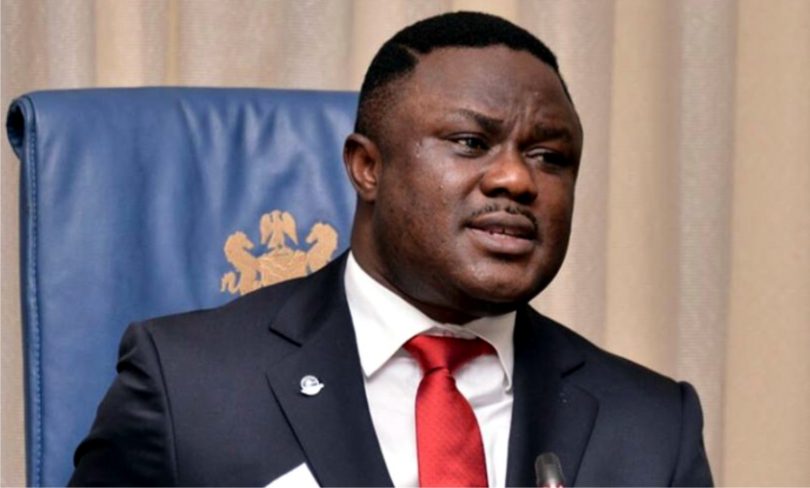 The Cross River State Government has suggested a synergy between Nigeria and Ghana through legislations for the two countries to interface on the protection of rights of migrants.

Gov. Ben Ayade of Cross River stated this in a message to the maiden Africa Migration Summit organised by JIFORM and Nekotech Centre of Excellence on Friday in Accra, Ghana.

This he said was in partnership and collaboration with local, national and international partners in line with the Sustainable Development Goals (SDG) and the National Policy on Migration within and outside the state.

He noted that there was no better time than now for African Governments to resolve challenges of Labour Migration in view of the appointments of personalities like Dr Ngozi Okonjo-Iweala, into global strategic positions.

Ayade, while offering the services of the state Migration agency, also recommended Journalists International Forum for Migration (JIFORM), SOS, -Ghana as strategic partners for the realisation of such objective.

“In US, Nigeria has the highest literate migrants as well as black medical practitioners and the appointments of the likes of Dr Okonjo-Iweala creates better opportunity.

“As an agency, one of our outlined goals are to work out modalities for the passage of an executive bill on Migration Control Agency.

“And I will like to announce on this platform that our state is open for collaborations to achieve this ideal.

The Governor said that globally the issue of migration was a hot cake as the topic in Europe and other developed nation had seen to the rise and fall, support or criticism of government and several intervention funds set up to address the trend.

“Now Cross River, as a state, has border with Cameroun and Equatorial Guinea via the Atlantic Ocean and within Nigeria borders Benue, Abia, Akwa- Ibom and Ebonyi.

“Therefore, Cross River State aside its location, the fertility and hospitality of her people makes her a hot spot for local and international migration.

“The crisis in the northern part of Nigeria and the middle belt, as well as the civil war in Cameroun and the Bakassi, has seen to migrants who are internally displaced people, (IDP) and refugees pouring into the state,” he said.

Ayade appreciated the wisdom of the organisers in putting together the platform which seeks to explore the gains of migration for Africa’s good.

He said that Cross River State Government was one that was very committed to the affairs of migrants and IDPs within and outside the State.

“This is evidence by the creation of a Mother Agency-Cross River State Migration Control Agency, to oversee the affairs of migrants, refugees, IDPs and keep track of new settlers in the state.

‘So far in one year, the agency has been able to reach out to over 6000 youths and women directly.

“We will love to encourage other sub-regional government to replicate this model in Cross River State in the respective regions and states.

“And there is need for all African national governments to improve upon their policy framework to protect her migrants and boost her GDP, ” he said.

The President, JIFORM, Mr Ajibola Abayomi said that the Journalist forum would be looking forward for the support from the state and also ready to partner to ensure irregular Migration is reduced to the barest minimum.

Abayomi said that it was evident that illegal migration issues in Nigeria and Africa would be reduced to the barest minimum, noting that all hands must be on deck to ensure the success.

He urged other stakeholders to emulate the Cross River State initiative to help curb the illegal migration and encourage proper ways to migration.

The newsmen report that the theme of the summit; Labour Migration: Shifting the paradigm to benefit Africa held in Accra Ghana between Feb. 25 and Feb. 26.