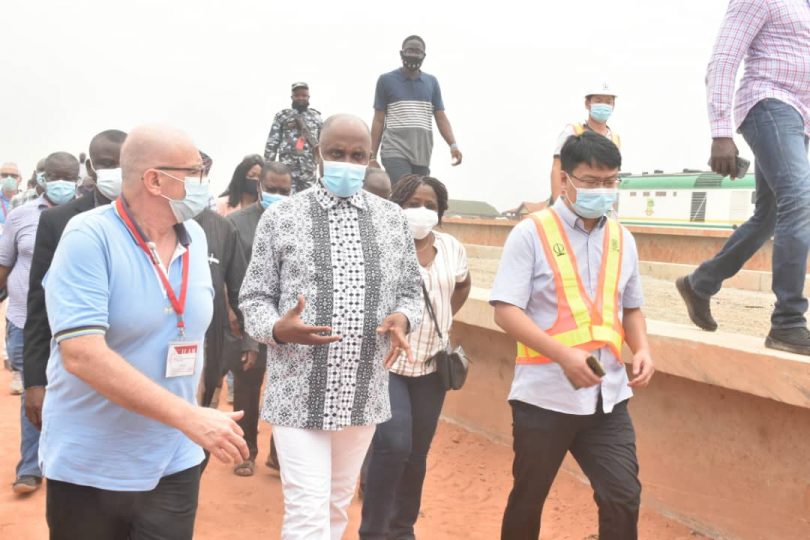 The Minister of Transportation, Mr. Rotimi Amaechi has said that the Federal Government had extended the Standard gauge railway project from its original destination at Ebutte Meta to Lagos Ports to allow massive freight movement and free up Lagos roads.

Amaechi said this while briefing the newsman after inspecting the three mega station and seven minor stations of the newly constructed standard gauge railway in Ibadan on Saturday. 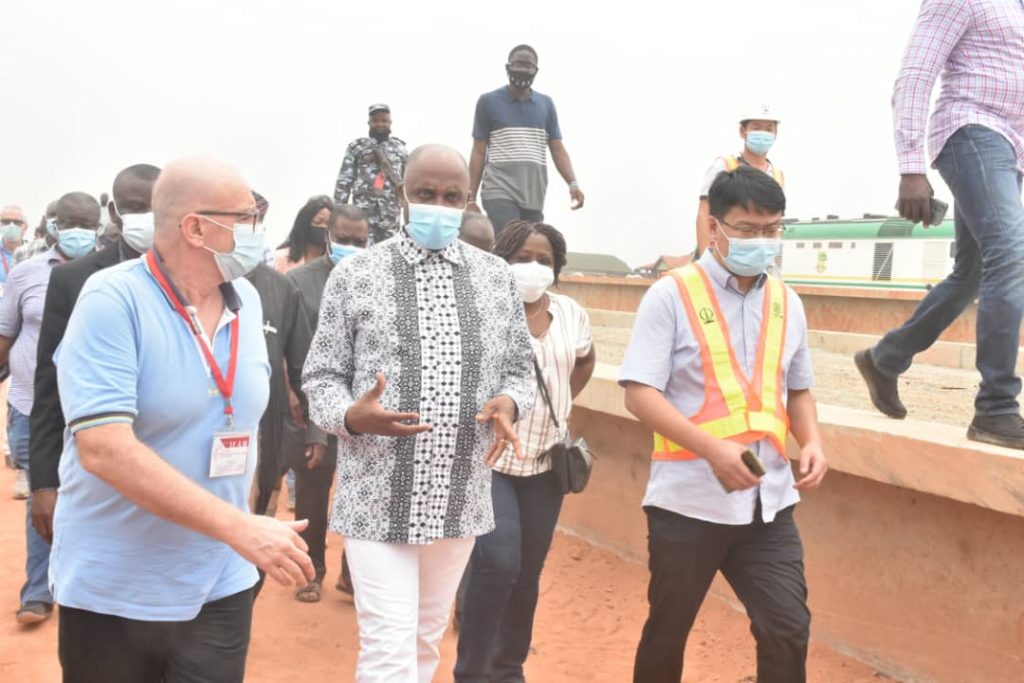 The Minister of Transportation who was accomplished by the Permanent Secretary in the Ministry, Dr. Magdalene Ajani; Chairman, Governing Board of the Nigerian Railway Corporation (NRC), Mall. Musa Al-Hassan and the Managing Director, Engr. Fidet Okhiria.

They commenced the inspection from mega station at Ebutte Meta before proceeding to the Apapa Port station.

To ascertain the level of work at the Port, the Minister and his entourage took a train ride to Apapa Port which had been significantly connected to the standard gauge track. 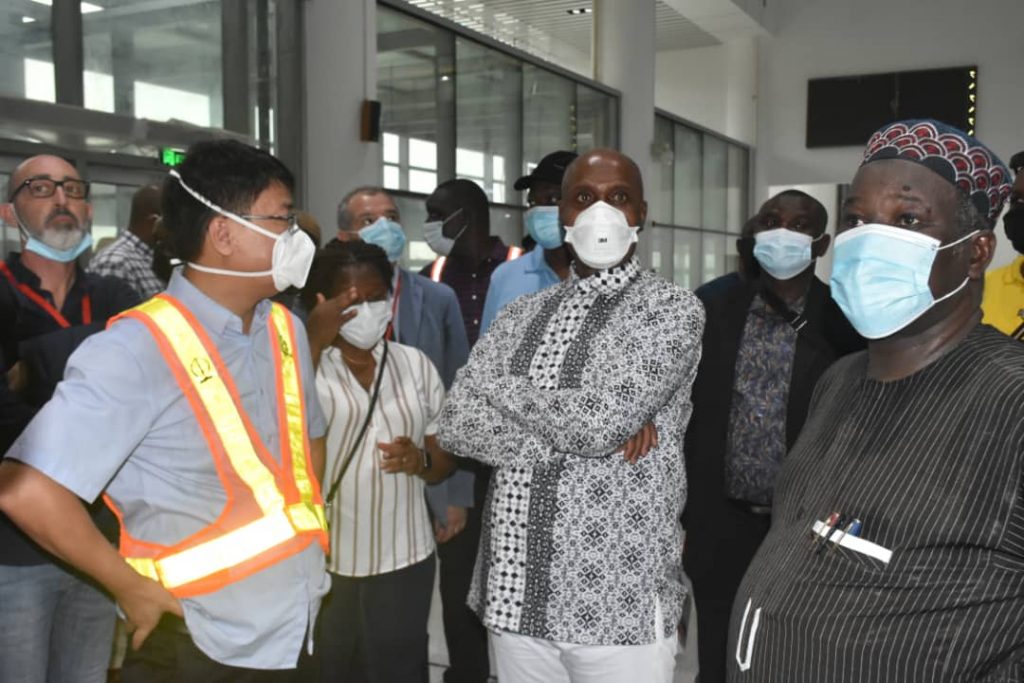 Inside the port, the Minister also frowned at the indiscriminate parking of trucks on the old narrow-gauge tracks along the corridor.

According to him, our inspection of the Lagos-Ibadan standard gauge rail to all the stations was to put finishing touches to the 157km fast rail.

Amaechi said that the China Civil Engineering and Construction Corporation (CCECC), the contractor handling the project, had connected rail line with the country’s premier port in Lagos.

“It was not clear when the project to be commission as the earlier commissioning date of January was shifted due to the second wave of COVID-19.

” Sometime in January that over 60 workers on the site contracted COVID-19 which stalled the completion of the project.

” At the moment, it was observed that most of the mini stations are still undergoing finishing touches while the cooling systems have been fixed.

” At the Wole Soyinka Station, Abeokuta, another mega station, the cooling system is yet to be fixed as well as other facilities in the interior parts of the station,” Amaechi said. 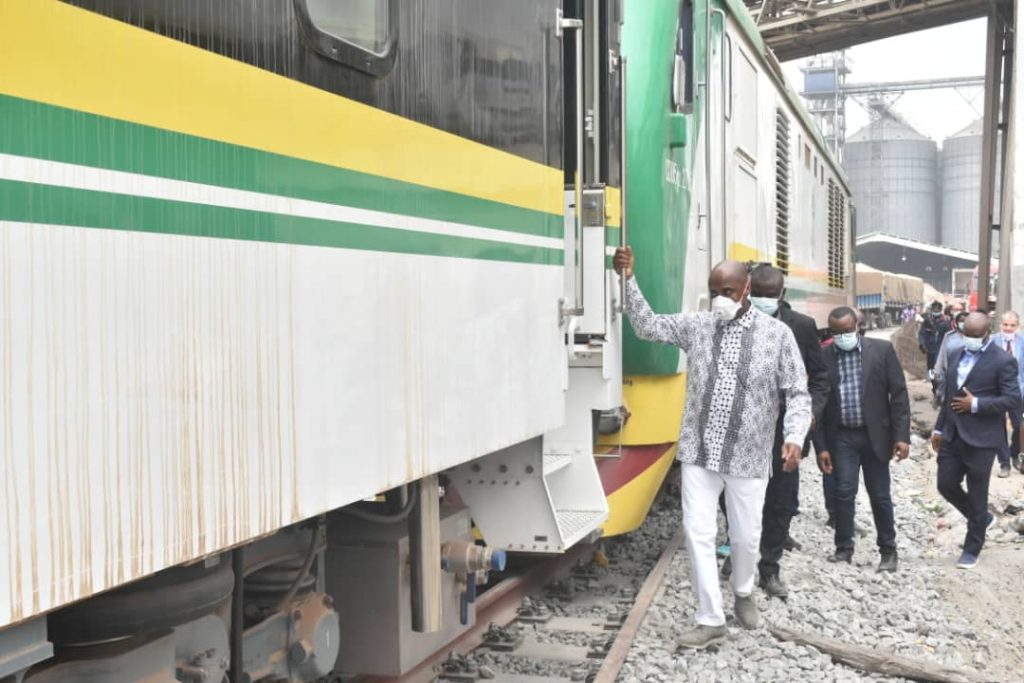 He, however, said that the Federal Government was committed to ensuring the completion of all train projects and to ensure that the contract bequeath to Nigerians a train service that was comparable to anywhere in the world.

Managing Director, Nigerian Railway Corporation Engr.Fidet Okhiria said that the current frequency of the Lagos to Ibadan train service will be increased from one daily to twice daily in two weeks time.

According to him when it commences operation the passenger train will stop at Agege railway station and Abeokuta enroute to Ibadan and back instead of the present trend of stopping only at Abeokuta after takeoff from Lagos.