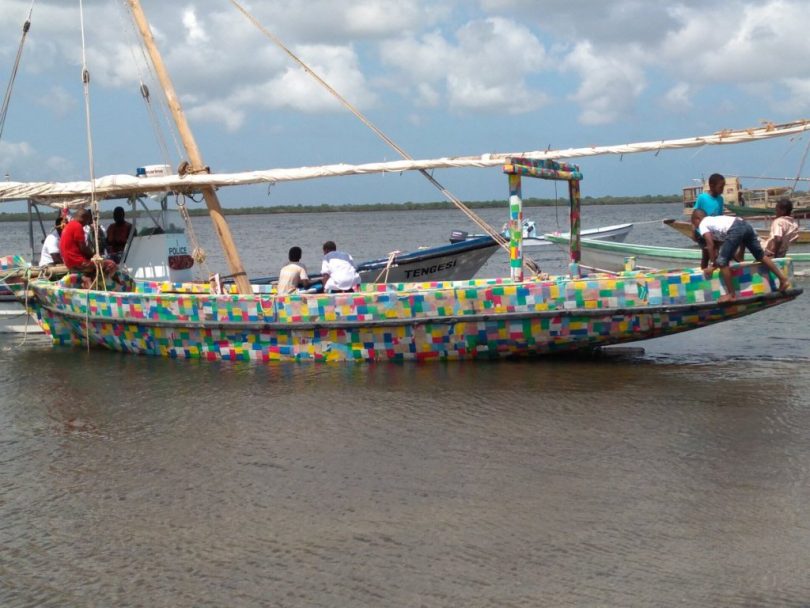 Flipflopi, the world’s first boat made from recycled plastic on Thursday started sailing around Lake Victoria in Western Kenya to spread awareness on hazards posed by non-biodegradable material to the environment.

With support from the UN Environment Programme’s (UNEP) clean seas campaign, the boat that is made from 100 per cent recycled plastic will cover three East African countries during the expedition.

Joyce Msuya, the Deputy Executive Director of UNEP said that Flipflopi was a great African example of the circular economy in action.

“The COVID-19 pandemic has accelerated the need to address the myriad environmental crises, which can only be done through regional and global consensus on key issues like single-use plastic and climate change,” she added.

According to Aki Skanda, co-founder of the Flipflopi project, the boat was built to show the world that it is possible to make valuable materials out of plastic waste.

“By sailing around the lake, we aim to inspire people to create their own waste-plastic innovations and adopt circular solutions that will build greener businesses, whilst also taking plastic out of the environment,” Skanda said.

He said that together with communities across the Lake Victoria region, the sailing is to create awareness and innovative solutions to beat pollution and support a green recovery in east Africa.

Over a three-week period, Flipflopi will sail from Kisumu to several locations in Uganda and Tanzania.

Flipflopi will be engaging with community leaders, conservationists, business leaders, and policymakers while raising awareness and inspiring communities to adopt circular-waste solutions to beat plastic pollution.

In another development, the Airports Council International (ACI), a global trade representative of the world’s airport authorities, has awarded two Kenyan airports the Best Airport by Size and Region Award.

ACI describes itself as the global voice of airports.

The airports were recognised for their excellence in customer service, Kenya Airports Authority (KAA) said.

Jomo Kenyatta International Airport (JKIA) won the 2020 Best Airport by Size and Region in the 515 million passengers per year in Africa.

The survey captures passengers’ experience at all airport passenger contact points at more than 300 airports worldwide.

While officially writing to the Authority on the awards, ACI World Director General, Luis Felipe de Oliveira congratulated KAA for its efforts in improving customer experience.

“I congratulate KAA on the success in the Airport Service Quality Awards which represent the highest possible accolade for airport operators around the world on customer experience.

“During this most difficult and challenging of years, customers have spoken and recognised the successful efforts of the team at KAA in providing a superior customer experience under trying circumstances,” Felipe de Oliveira said.

The ACI Awards for JKIA and MIA come soon after the recent recognition of the two airports under ACI World’s Voice of Customer Initiative.

Xinhua with additional report from PANA