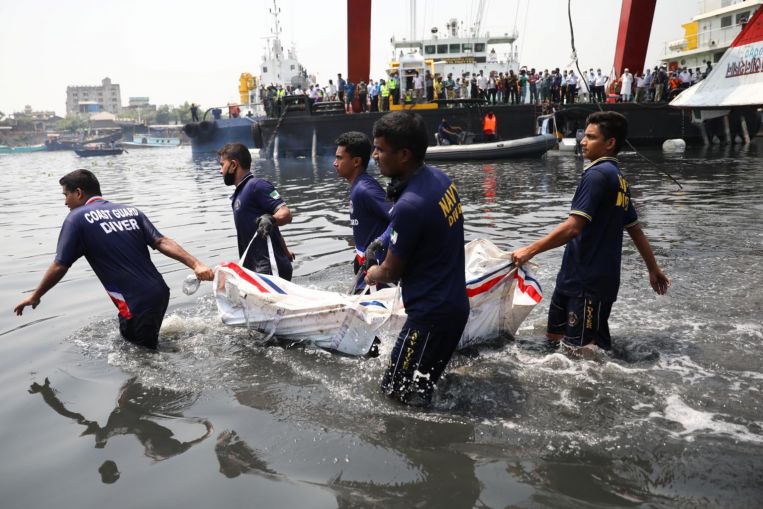 The death toll from the ferry disaster in Bangladesh has jumped to 34 after searchers found more bodies in the river near the capital Dhaka, officials said on Tuesday.

The ferry carrying more than 50 passengers sank on Sunday evening after being hit by a cargo vessel in the Shitalakshya river, at a location nearly 30 kilometres south of Dhaka.

Twenty-one bodies were found trapped inside the double-decker ferry when the vessel was towed to the shore after an 18-hour salvage operation conducted by a team made up of navy, coast guard, police, fire service and civil defence department staff.

Commodore Golam Sadeq, the head of Bangladesh Inland Water Transport Authority, said the coast guards would continue their search operation for the time being, in case others were found.