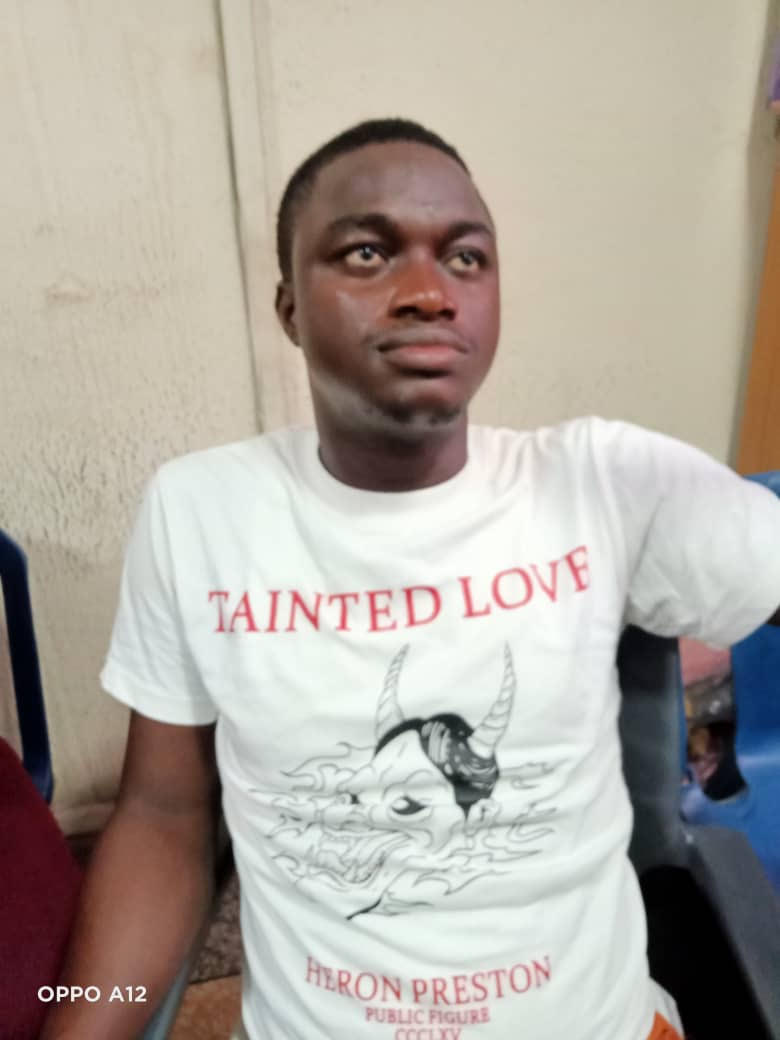 … As Customs commends shooter for ensuring no life was lost!***

The capacity of the Association of Nigerian Licensed Customs Agents (ANLCA) to protect its members has gradually come to fore, as ANLCA Vice-President, Kayode Farinto condemns an attempt by the Nigeria Customs Service, to cover up an alleged shooting of one Adeyemi Quadri, a freight forwarder, shot in the leg by a member of the Federal Operation Unit (FOU) along Mile 2, in Lagos recently. 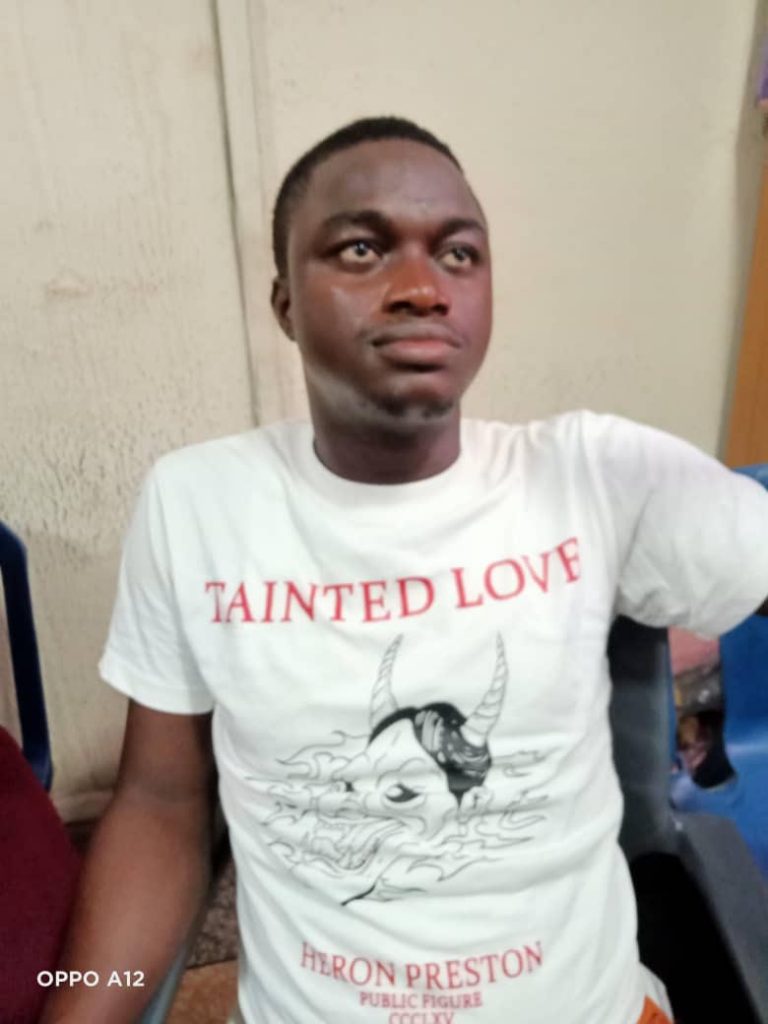 The gentleman allegedly shot by a Customs officer, over refusal to offer bribe

Speaking in his office at Apapa yesterday, Farinto said he is bound as a senior stakeholder in the industry and in his personal capacity as a licensed customs broker to speak up and expose the customs for rebuffing all his efforts to settle the matter amicably.

He consequently invited the relevant bodies, existing to protect the poor and the defenceless, to urgently rise to the occasion, and ensure that justice is done.

“Am speaking as the Managing Director of Wealthy Honey Investment Nig. Limited and a senior stakeholder in the industry; and a licensed customs broker.

“I read the statement made by DC Attah, the National PRO of Customs on the unfortunate incident at Mile Two where one of our members was shot and I can say that he goofed.

”He goofed in the sense that his statement was misleading Nigerians to believe that what happened at mile two was as a result of miscreants who attempted to take the gun of the officer.

“I challenge him to provide the proof of his allegations. 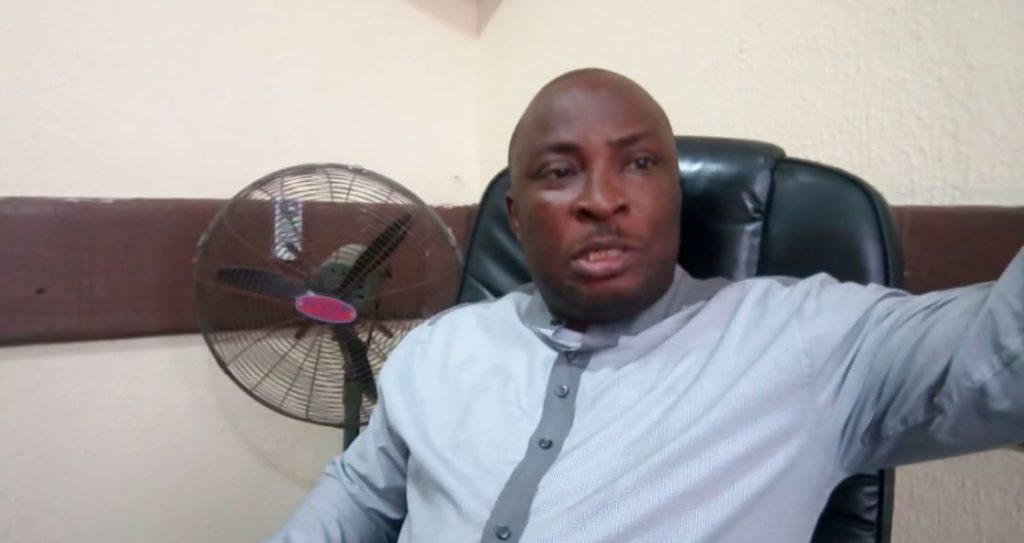 “As a stakeholder and genuine agent, the onus is on me to let the world know the true position of the incident.

”What happened was that a customs agent, having followed the due process of a clearance procedure, applied for valuation on 2019 RAV4 Toyota model and the vehicle was valued at over $12,000 with the surface duty of N1.7 million and other charges which amounted to N2.345million, which he duly paid.

‘’After this, the vehicle was duly released and he took delivery of it and drove it out of the port.

‘’At a point along the Mile two road, he was accosted in a commando-style by one of the members of the roving team of FOU.

‘’One of the team members, whom we suspected was not in a stable mind, shot the agent.

“This will take me to the issue of who is a customs broker.

“Section 150 of CEMA empowers the Customs board to register us as clearing firms, but we can delegate functions and duties to our staff.

“This was what happened to the agent who was shot.He was working with a licensed Customs brokerage firm and that made him a genuine customs broker unlike what Attah wanted the world to know.

‘’But instead of Customs to come openly and apologise that what happened was a mistake, what they now did was to label him as miscreant and tout who is not a freight forwarder.

”This was an attempt to call a dog a bad name before they hang him, but I disagree and challenge Attah to prove it” Farinto fumed with dignified fury.

‘Under CEMA, there is what is called precarious liability which means that whatever any of the staff does, the owner of the license under whom the staff operates will be held liable.

”This particular staff paid all the duty accrued to the government.

”We shall not accept the attempt by the Customs to label the agent as a miscreant”, he declared.

Farinto further declared that the clearance of the vehicle followed due process as all the duties and charges as assessed by competent Customs officers, were fully paid and the vehicle legally exited.

Farinto said having paid all the necessary duty and charges, the FOU team had no justification to accost the agent and even shot him.

He accused the Customs of hiding under the absence of uniform tariffs on vehicles which he alleged they used to harass and extort agents.

He said that it was inhuman and callous by Customs to label the young agent who was shot as a ‘miscreant’.

”The officer who pulled the trigger was psychologically unstable.”

”From our own investigations, we found out that this particular officer has been living on psychotropic substance.

”You recalled one junior officer sometime ago who declared himself as the CGC. This incident has been hushed up.

”I challenge the Customs to bring out the officer who shot our colleague and subject him to psychiatric analysis and clinical examination.

‘Nigerians will be surprised at the level of psychotropic substance in his system.

”When the agent was shot, this particular officer was even threatening to give him water so he could die.

”There is no sensible officer with weapon who will say that. We are not at war.

“I am challenging the Customs to parade this officer and subject him to necessary examination to determine his state of mind.

‘‘This brings me to the disturbing issue of the state of mind of some of these  Customs officers with guns”, Farinto pointed out, as he appealed to the general public, especially the civil society groups, to rise up and help the wounded Customs broker get justice.

However in a swift reaction, the Nigeria Customs Service image-maker, DC Joseph Attah has praised the maturity of the officer who shot the freight forwarder, for his dexterity in arms handling, which ensured no life was lost, particularly from the fact that the shot victim, allegedly attempted to disarm the officer, in his bid to escape payment of designated Customs duty.

He explained that a Debit Note of N3.5m had been raised on the car which ignited the trouble; and that the victim of the gunshot, when all settle, would still be prosecuted, alongside the owner of the license, which was used in clearing the Car.

Attah further drew an analogy of the Police arresting a suspected thief in Ibadan, alongside a stolen car in Ibadan, even if the suspect had cleverly escaped arrest in Lagos, being the location of committing the crime.

An industry watcher, Tony Emeordi has however called the attention of the public to what he called a strategic grey area, stressing that whereas the victim of the gunshot had insisted that he was abandoned on the floor after being shot, the Customs Service is claiming they took him to the hospital.

“You guys are journalists, except you were all settled, you don’t need a forensic lab to know one party is lying!

“Go and find out the lier and tell Nigerians!”, Emeordi highlighted, even as an industry operator who spoke on condition of anonymity asked if the Customs team that stopped the guy consisted of how many officers, to enable him to imagine how the victim could have, like the celebrated film actor, disarm one officer, shoot into the air, jump back into the car and thereafter, waltzed through the rest of the equally armed other officers, to make his great escape!

“I don’t trust Clearing Agents. They can be too adventurous. But, this time around, I think the onus is more on the Customs to come clean! Especially, with the rising Story of drug abuse in many quarters!”, the port operator reasoned further.