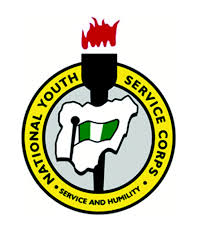 He made the call at the opening ceremony of the 2021 Meeting of NYSC Top Management, State Governments and Federal Capital Territory Administration representatives in Abuja.

He said corps members had a lot to offer for the development of the country, having come from all over the world for a common goal.

According to him, it is important to tap resources from the potential of corps members for the development of the Nigerian economy.

He added that “I can assure you that if we take out NYSC, our education and health sectors will collapse. Go to rural areas in this country and see for yourselves.

“Check clinics in Nigeria, you will see corps members acting as chief medical directors, as well as vice principals in schools.”

He, therefore, advised the corps members to stand tall as they work toward their future and goals in life.

The NYSC boss said the meeting was a follow-up to a similar one held in October 2019, aimed at reviewing decisions taken at previous meetings.

He noted that the meeting would also provide an avenue for feedback on the implementation of decisions taken and strategies on the way forward.

He said the scheme had seen increased and tremendous interventions after the 2019 meeting, noting the establishment of NYSC governing boards and local government committees.

Other achievements were the upgrade of facilities in orientation camps, as well as payment of state allowances to corps members.

On security in the country, the director-general said “there is no country devoid of challenges but what other countries do is to turn their challenges into opportunities by capitalising on their fault lines.

“So, let us borrow a leaf from those countries. I want to appeal to Nigerians that togetherness is the best.”

He also called on Nigerians to love their country, imbibe the ideals of NYSC and live in peace with one another.

The Minister of Federal Capital Territory (FCT), Alhaji Muhammad Bello, who declared the meeting open, said that the scheme played a prominent role in uplifting the living standard of Nigerians through its various skill acquiring programmes.

Represented by the acting Secretary, Area Council Secretariat, Mrs Olanikpekun Omolola, the minister noted that the skills had been helpful to many corps members, as many of them went ahead to develop such knowledge and continued to earn a living from it.

The Minister of Youth and Sports, Mr Sunday Dare, represented by Mr Jimoh Abu, said stakeholders that were lagging behind in the discharge of their statutory duties were underscoring the importance of the meeting.

He said participants were expected to compare notes and inspire one another to step up their support for the scheme.