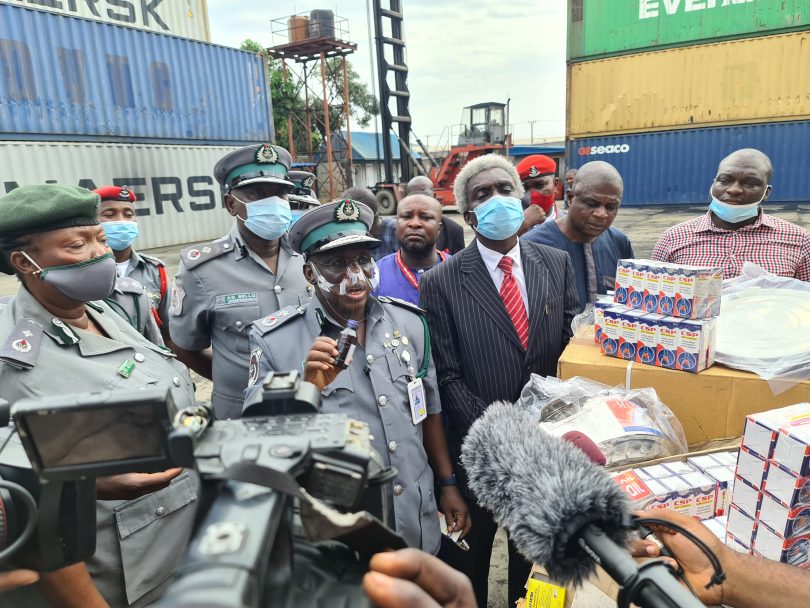 The Nigeria Customs Service (NCS) Apapa Command said on Monday,  that it generated over N159.58 billion in the First Quarter of 2021. 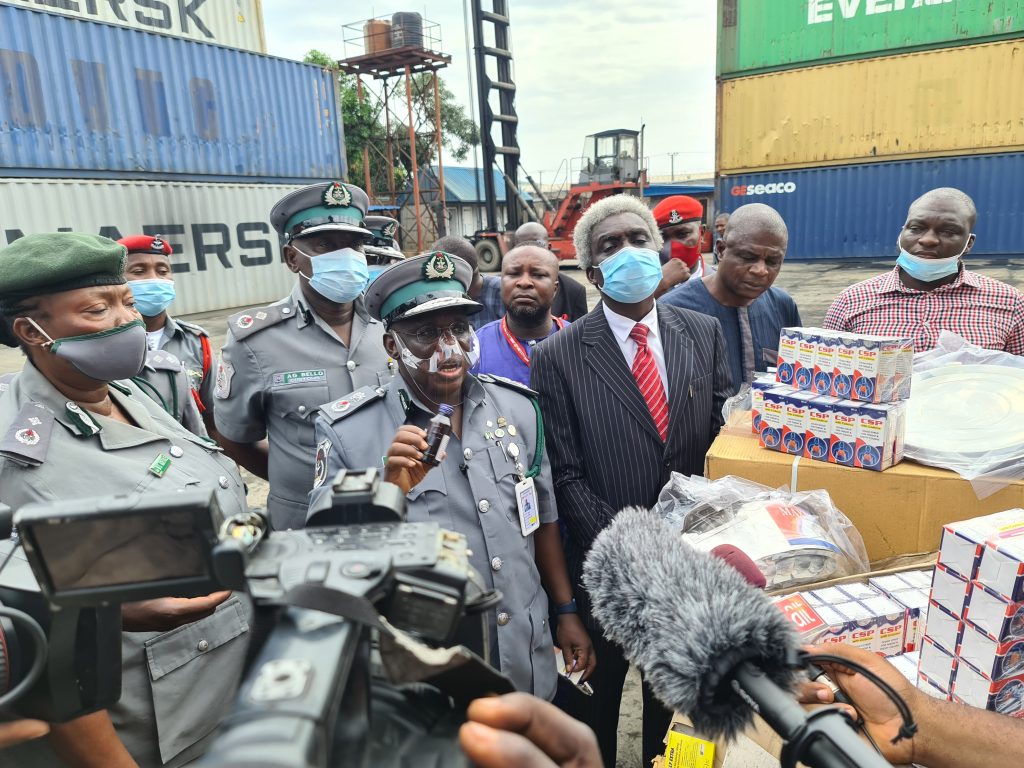 The Area Controller of the command, Ibrahim Yusuf, in a media briefing said that the revenues were receipts from customs duty and other charges.

He said the amount represented 44.8 percent increment on duty collection, when compared to the 2020 figure of over N110 billion of the same corresponding months of January to March.

“The difference recorded was made possible because of robust stakeholder’s engagement, officers’ resolve in discharging their duties and increased level of compliance in the trade’s zone,” he said.

Yusuf said that as regards anti-smuggling measures, within two months of assuming leadership, the command made significant seizures of 23 containers of various banned items. 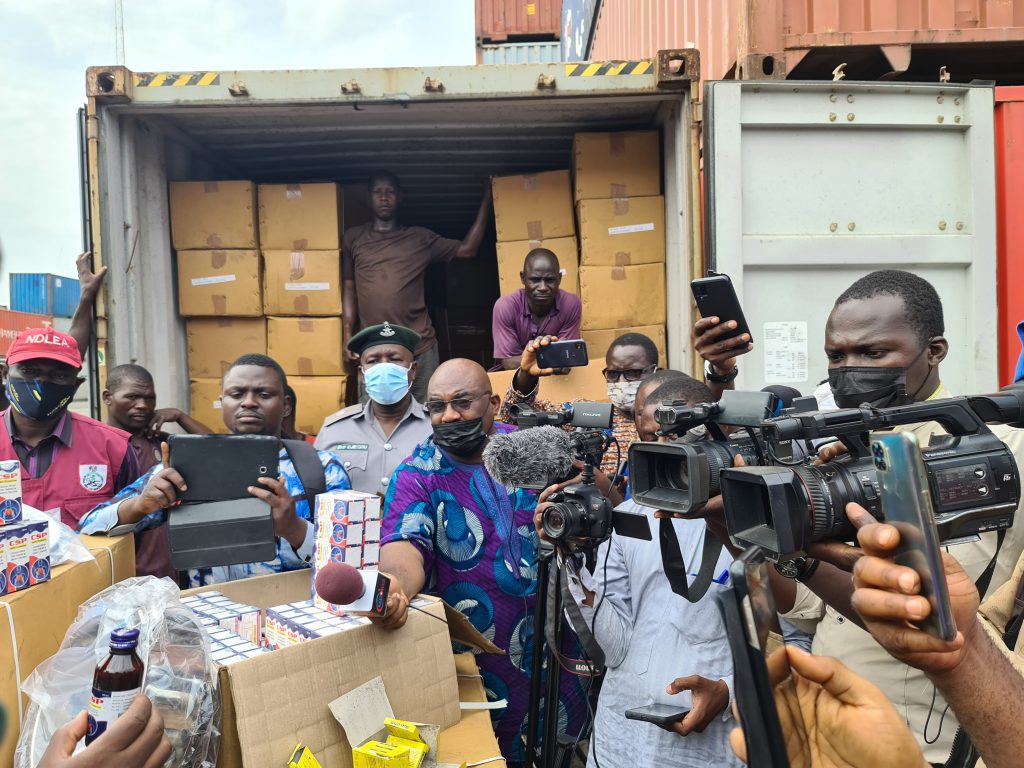 Customs displaying some of the seized goods

He listed the items as: unregistered pharmaceuticals like tramadol/codeine, used clothing, foreign parboiled rice with a Duty Paid Value (DPV) of N773, 809,620 between February and March.

He, however, added that the total seizure for the first quarter stood at 28 containers of goods with DPV of N1.87 billion

“The containers had rice, wheat declared as supermarket items, medical soap declared as baking powder, tramadol and others.

“These are all importations in breach of sections 46, 47 and 161 of the Customs and Excise Management Act CAP C45 LFN 2004 and Schedules 4 and 6 of the Common External Tariff (CET). 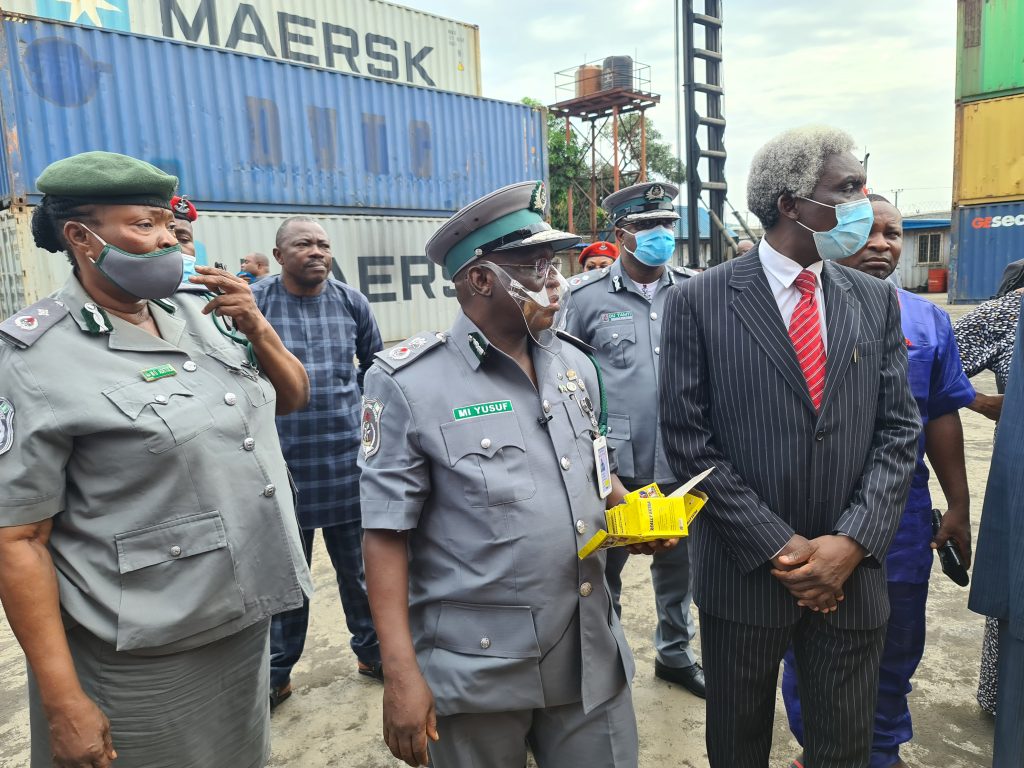 “These cases are at various stages of investigation and in due time will be revealed,” he said.

Yusuf said that the statistics extracted from the system revealed that goods worth over N41.55 billion had been exported through Apapa port between January to March.

He noted that the total tonnage of the said export stood at 116 million tonnes with Free on Board value of $109.66 million.

He said: “I want to use this medium to extend my profound appreciation to our esteemed stakeholders, sister government agencies in the port and the media for their immeasurable support.

“We have indeed improved our existing collaboration in the area of information sharing and other areas that would further make it difficult for perpetrators of trade malpractice to succeed in our port.”

He said that the command had achieved enhanced Customs Community Relations through meetings and strategic engagements with various stakeholders.

The controller listed the stakeholders as importers, licensed customs agents, media and others who interfaced with customs in the trade supply chain.

Yusuf urged officers and men of the command to remain focused and steadfast in discharging their assigned responsibilities at any given time to sustain such performances.