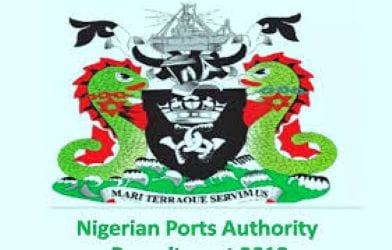 Against the backdrop of disagreement between the Maritime Workers Union of Nigeria (MWUN) and AP Moller Terminal (APMT) in Apapa, over labour matters, the Nigerian Ports Authority (NPA), on Thursday,  announced the suspension of ETO (Electronic Call-up for trucks) ticket for cargoes bound for the APMT for the next 24 hours.

The Authority made the announcement in a series of tweets on its official twitter page, saying it also intends to utilise the duration to restore peace between the two parties.

”Following a dispute with the management of AP Moller Terminals at the Lagos Ports Complex, Apapa, members of the Maritime Workers Union have today, April 15, disrupted operations at the terminal.

“While the NPA  is working toward resolving the dispute between the two parties, APMT will not be able to receive or exit cargoes for the next 24 hours.

“The authority hereby urges stakeholders to please take note, as ETO tickets will not be issued to APMT bound cargoes,” the tweets read.

According to the President General of MWUN,  Mr Adewale Adeyanju, the grounding of activities at the terminal is due to expiration of the one week plus notice given to the management of the terminal to adhere to the laws of the land.