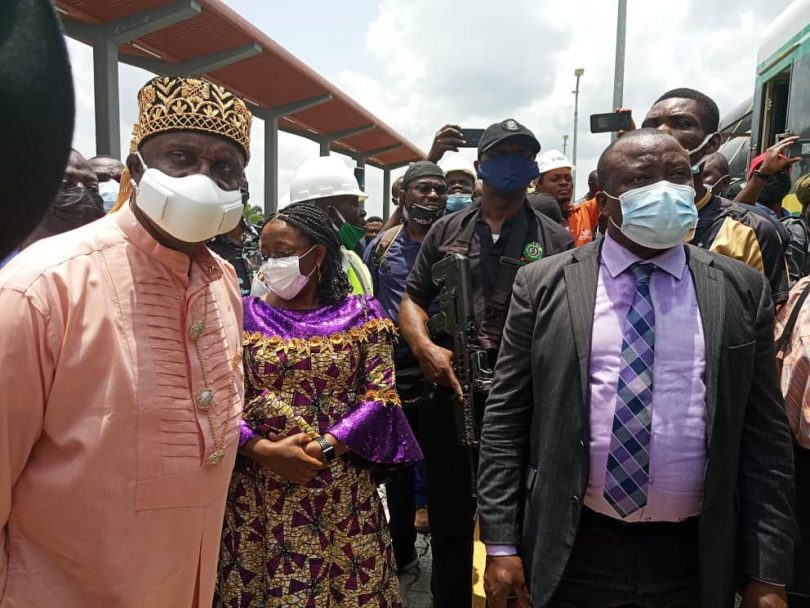 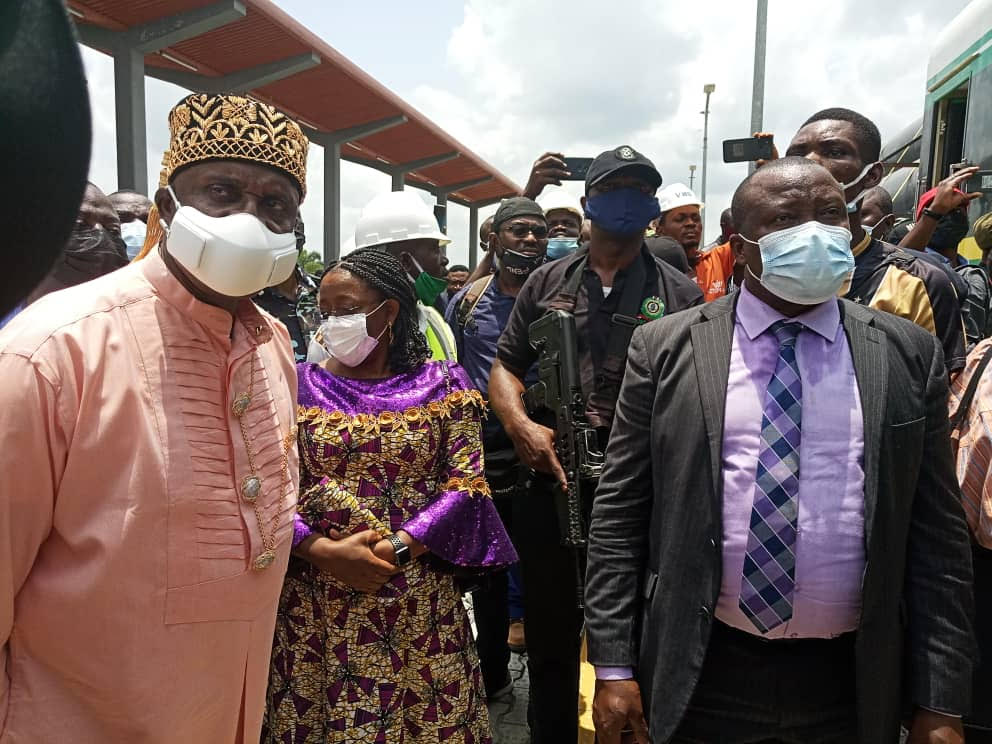 The Minister of Transportation, Mr Rotimi Amaechi, has said that the freight services on Warri-Itakpe Standards Guage Railway Line would create more jobs and promote the ease of doing business in Nigeria.

Amaechi made the disclosure on Friday during the inauguration of the Freight Service of Standard Guage Railway Line at Ujevwu Community, near Warri.

He said that the development and modernisation of the railway system had been a major focus of the Federal Government.

“We are here today to flag off commercial freight services on the standard gauge route that was abandoned for over 30 years but rehabilitated by this administration and put into operation.

“It has been one of the strategic aims of the present administration to ensure that all critical infrastructure abandoned by the previous administration, particularly those that would benefit the citizenry, are completed and commissioned.

“It is universally acknowledged that a developing country with a large population such as Nigeria must develop a robust transport system such as modern and functional rail system.

“Which is undeniably instrumental to creating much-needed socio-economic transformation and industrial development.

“Reports available suggests that patronage on this route has increased by over 200 per cent in the last few months and its becoming a preferred means of transportation for communities along this route in Delta, Edo and Kogi States,” Amaechi said.

The minister urged the people in Warri and neighbouring communities to cooperate and support the federal government and the oil companies to enable the freight service project to flourish.

Amaechi said that the gesture would attract more federal government development to the area, adding that 90 per cent of the employees were from Delta.

In his address of welcome, the Chairman, Governing Board of the Nigerian Railway Corporation (NRC), Alhaji Ibrahim Musa, said that the rail construction started in 1987.

He said it was designed for the transportation of Iron Ore from Itakpe to Ajaokuta and Aladja Steel Rolling Mills in Delta. Musa said that the railway line was also designed to transport processed steel to the port in Warri, adding that it was initially planned to be completed within five years.

According to him, the project was, however, stalled for over 30 years due to a paucity of funds. He said that the railway network consists of existing 3, 505 kilometers of single track routes of the 1,067 mm narrow gauge on the Western and Eastern lines.

Similarly, about 655 kilometers of standard gauge of 143 mm lines on the Abuja – Kaduna, Lagos to Ibadan and Warri to Itakpe lines.

“The first 198 kilometers of rail line constructed in Nigeria by the colonial government was from Lagos to Ibadan in 1898-1901 and was 1,067 mm narrow gauge classification.

“The Lagos – Calabar Coastal line and the Kano Maradi standard gauge railway project are in view for financing and commencement.

“It is a prelude to the eventual construction of the standard gauge under the Strategic Railway Modernisation plan,” Musa said.

He said that when properly integrated, the rail line would provide efficient services for high-density flows of passengers.

“And cargo traffic over relatively lone distance including high volumes of containerised cargoes or bulk freight and so on,” Musa said.

In his goodwill message, the Managing Director of Nigeria National Petroleum Corporation (NNPC), Mallam Mele Kyari, said that the project would have ripple effect of massive job creation across the nation as well as domestic gas supply for power generation.

Kyari was represented by the Managing Director, Nigerian Gas Company (NGC), Mr Seyi Omojowo. The GMD said that the choice of exploring the rail option for the haulage of AKK line pipe was propelled by the desire to mitigate all identified projects and safety risks.

“To as low as Reasonably Practicable (ALARP) while delivering the project in the right quality and time. “Moving pipeline through Nigerian roads was the only option before the return of railway infrastructure.

“By this laudable achievement of resuming freight service via railway, NNPC’s global goal on Health Safety and Environment nicknamed Goal Zero incident and accident will be achieved, ” Kyari said. Also, Gov. Ifeanyi Okowa of Delta, represented by his Commissioner for Transportation, Ovie Oghoore, assured that the state government would protect the equipment.