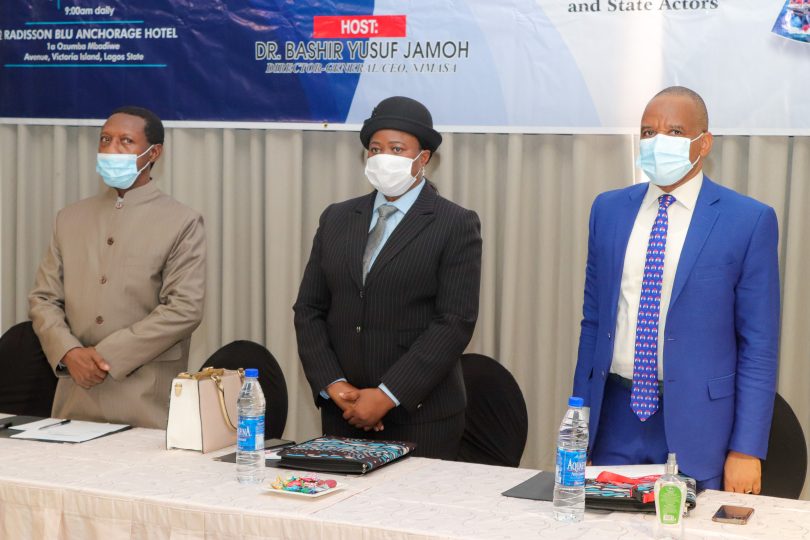 The Director-General, Nigerian Maritime Administration and Safety Agency (NIMASA), Dr. Bashir Jamoh has observed that the Suppression of Piracy and Other Maritime Offences (SPOMO) Act, signed into law by President Muhammadu Buhari in June 2019, is already producing significantly improved image for Nigeria, as a country determined to end piracy and sea robbery. 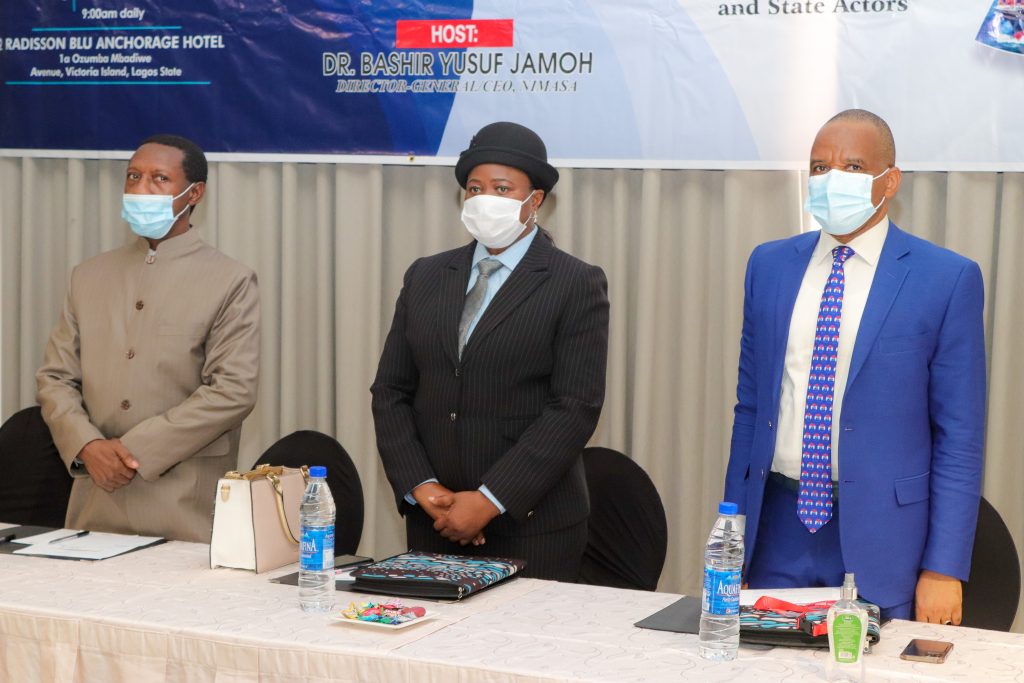 Jamoh made the observation at the maiden edition of the Nigerian Admiralty Law Colloquium organised in Lagos by the Agency, in collaboration with the National Judicial Institute (NJI).

The colloquium had the theme, “Achieving Maritime Safety, Security and Shipping Development (TRIPOD S) through Enforcement of Legislations and the Implementation of the Deep Blue Project: The Role of the Judiciary and State Actors.”

President of the Court of Appeal, Justice Monica Dongban-Mensem, also noted that the admiralty law conferences introduced by the Agency were helping to streamline application of the antipiracy law.

Jamoh said the admiralty law conference, in its 10th edition this year, had achieved significant milestones in the continued effort to better maritime law administration in Nigeria.

But the meeting was renamed this year to reflect current challenges and widen the scope of participation, he stated.

Jamoh stated, “The Admiralty Law Conference instituted by NIMASA has achieved important milestones in the pursuit of its target of continuously improving maritime law administration in Nigeria.

I am happy to announce that the key recommendations captured in the communiqué of last year’s conference would be sent to the National Assembly for the necessary legislative actions expected to improve the SPOMO Act.

“We have made good progress in the implementation of the SPOMO Act. We have secured convictions at the Federal High Court in Port Harcourt and Lagos, and more judgements are expected next month. 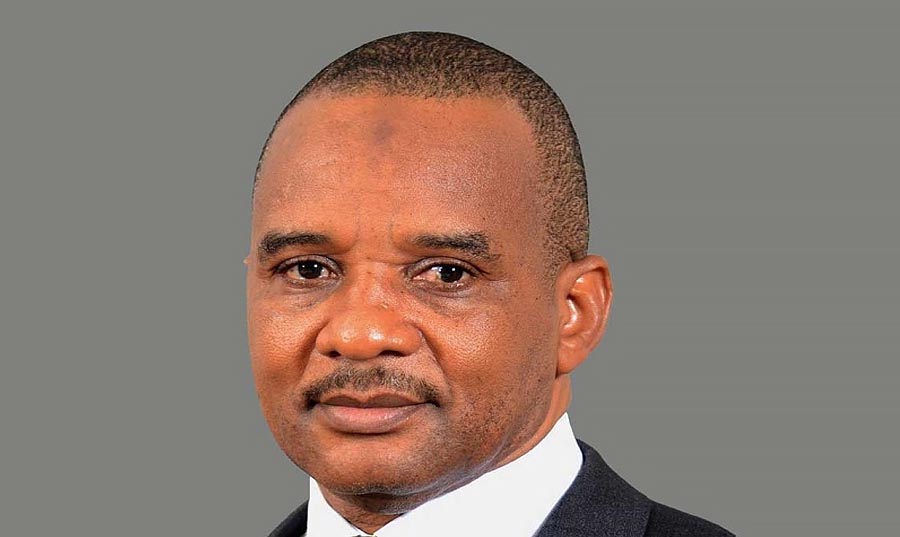 “These prosecutions and convictions have greatly helped to improve Nigeria’s image in the international community by producing a better appreciation of the country’s role and determination to end piracy and other maritime crimes in its territorial waters and the Gulf of Guinea.”

The NIMASA Boss also spoke on the adjustment in the name of the maritime law sessions, saying it is prompted by the need to bring on board a wider range of stakeholders, including Supreme Court justices.

“From next year, Supreme Court justices and more lawyers would be included in the continuous attempt to fine tune the processes and procedures of justice administration in maritime issues,” Jamoh stated.

President of the Court of Appeal said NIMASA was “a vital organ in the economic development of Nigeria.”

She said the maritime sector was indispensable, and being global in nature, “Informed knowledge of the law in the global environment” was necessary in efforts to advance the sector.

“What touches this sector should be treated with great care,” Dongban-Mensem stated.

The admiralty law sessions had for the first time this year the President of the Court of Appeal in attendance. Others in attendance included Administrator of the National Judicial Institute, Hon. Justice Rosaline Bozimo, who was represented by a Director in the institute, Olumo Abdulazeez; Director-General, Nigerian Institute of Advanced Legal Studies (NIALS), Professor Muhammed Tawfiq Ladan; and Chief Judge of the Federal High Court, represented by Justice Ayokunle Faji.

The admiralty law seminar was instituted by NIMASA in 2009 for judges in pursuit of the agency’s broad mandate to promote the development of shipping and capacity building in the maritime sector.

The initial target was judges of the Federal High Court, who have exclusive jurisdiction over admiralty matters under Section 25| (l) (g) of the Constitution of the Federal Republic of Nigeria I999 (as amended).

The scope was later expanded to include judges of the State High Court of the littoral states.

It was further enlarged to include justices of the Court of Appeal, due to their strategic role in the dispensation of justice.

Plans have been concluded to include justices of the Supreme Court in future editions of the colloquium.

Expartiating further on this, the Agency Head, Corporate Communications, Kyanet Philip highlighted that the Ninth Strategic Admiralty Law Seminar for Judges last year was themed, “Suppression of Piracy and Other Maritime Offences (SPOMO) Act, 2019: Key to Accelerating and Achieving Safe and Secure Shipping in Nigeria.”