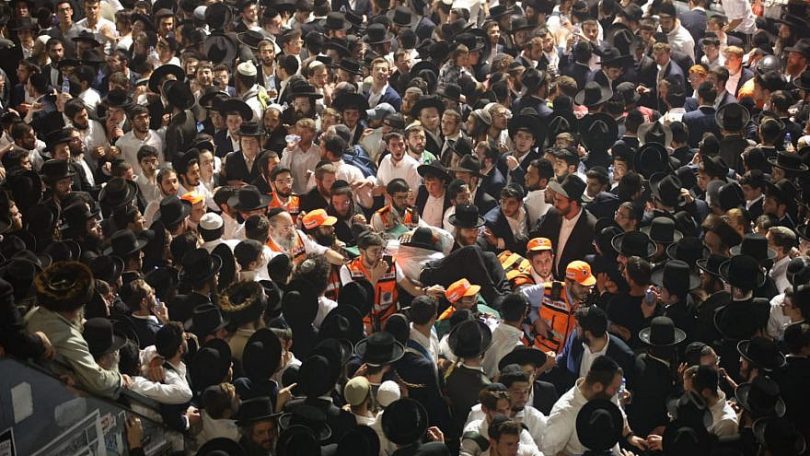 “There were bodies piled up on top of each other—some of the people were alive, and some of them were already dead.

I have never seen anything like this before,” said Itzik Itach, a senior volunteer paramedic and logistics director of the Jerusalem area for Rescuers Without Borders. 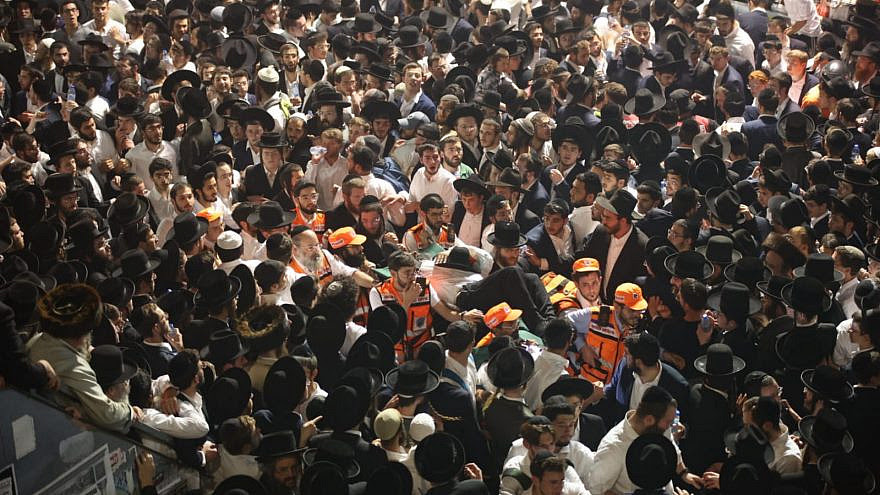 At least 45 Israelis were crushed to death and another 150 were injured, 20 critically, during a stampede in Meron in northern Israel at around 1 a.m. on Friday during the annual mass festival for the holiday of Lag Ba’Omer. Last year, crowds were not allowed due to coronavirus restrictions.

Video images from the scene moments before the stampede showed thousands of male worshippers, including children, crammed into a tight corridor trying to make their way down a staircase to one of the celebrations before the front rows of people slipped and fell, with masses of people falling on top of each other, causing trampling and casualties.

Dov Maisel, vice president of operations for the national emergency medical-services United Hatzalah, who was helping manage the situation, told JNS that some of his team members who witnessed the bottleneck of people “immediately started calling out on the radio that there was going to be a mass casualty incident.”

They were unfortunately proven right, as one by one people started falling and piling up on each other as the crowd continued to push forward towards the exit. 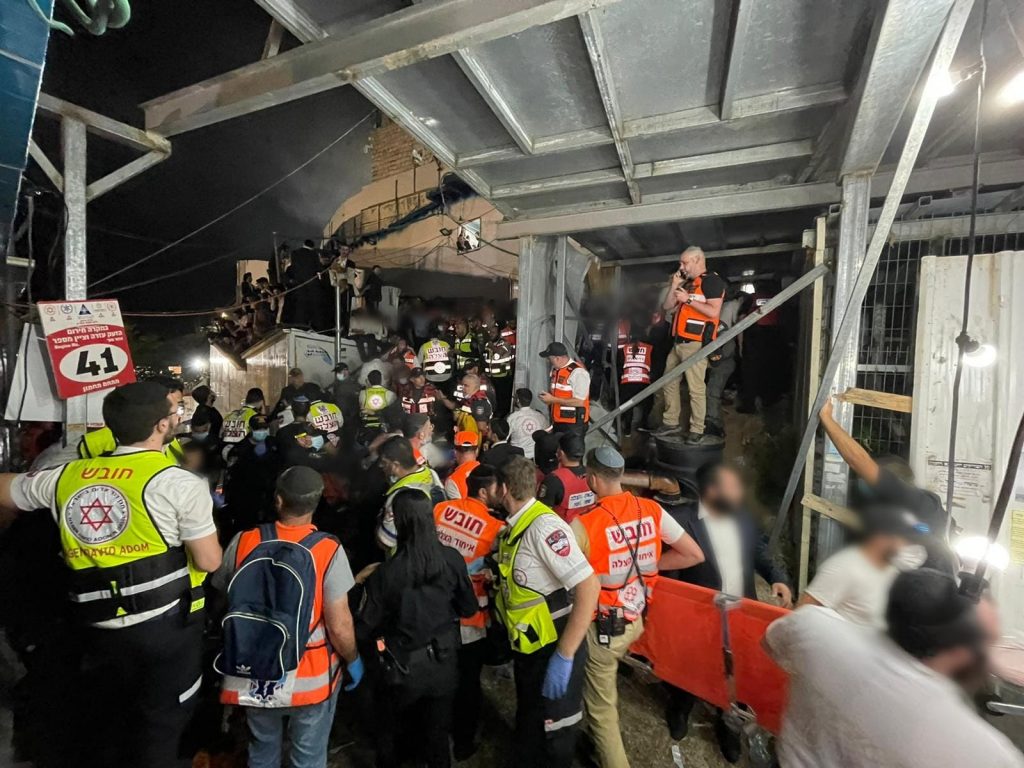 The 300 United Hatzalah volunteers on duty at the time and first-responders from other organizations, including  ZAKA, Rescuers Without Borders Israel and Magen David Adom, sprang into action as best they could to reach those in need of medical attention.

Itzik Itach, a senior volunteer paramedic and logistics director of the Jerusalem area for Rescuers Without Borders Israel who was also in Meron, told JNS what he witnessed while trying to save lives.

“There were bodies piled up on top of each other—some of the people were alive, and some of them were already dead. I have never seen anything like this before,” he said.

Itach continued, saying, “We had to decide who to treat first. We’re talking about hundreds of people injured in the midst of thousands of people in the crowd. This was a terrible tragedy.”

Maisel said “it was a devastating sight. Our paramedics and EMTs were performing CPR on 20 people at a time, and it was so crowded we couldn’t evacuate those who were injured. Eventually, the police cleared a lane, and we could get the stretchers out.”

“Even as we were working, and afterwards, the pressure of people was so great, and some were trying to get out,” he added. “People were literally falling off roofs as they were climbing to get out of the area. It was apocalyptic.”

Images from the event showed the dozens of dead bodies lined up next to each other in body bags provided by ZAKA. 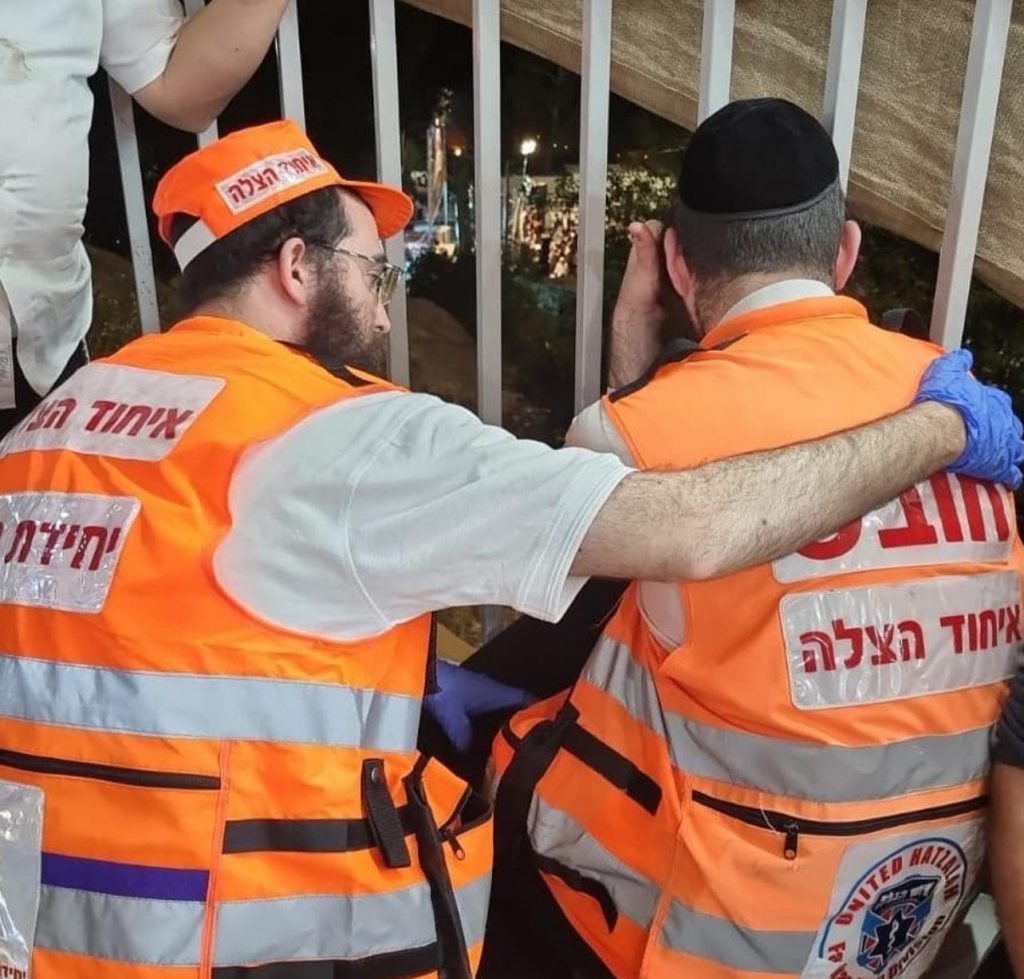 United Hatzalah officials comfort one another at the scene of mass casualties during Lag B’Omer celebrations in Meron on April 30, 2021. Credit: United Hatzalah.

ZAKA volunteer Haim Spielberg, who was working at the scene, said, “It was so distressing to hear the constant ringing of the cellphones of the deceased. Tears flowed from my eyes when I saw the words Dad or Mom on the phone screen. The rescue and security forces kept removing more and more bodies from the scene. The dozens of ZAKA volunteers who were already at the scene as part of our regular campaign to help those making the annual pilgrimage to the site worked throughout the night to clear the scene, reunite loved ones and help identify the victims.”

Maisel said after treating some of the injured that his own team of volunteers, many of whom have seen the worst in the world from their work on the front lines, “broke down themselves and were assisted by our psychological trauma unit.”

“I’ve been in this field for more than 30 years,” he recounted. “It brought me back to the scenes of the Jerusalem bombings 20 years ago. This was one of the worst events I have ever experienced; I don’t even have the words for it.” 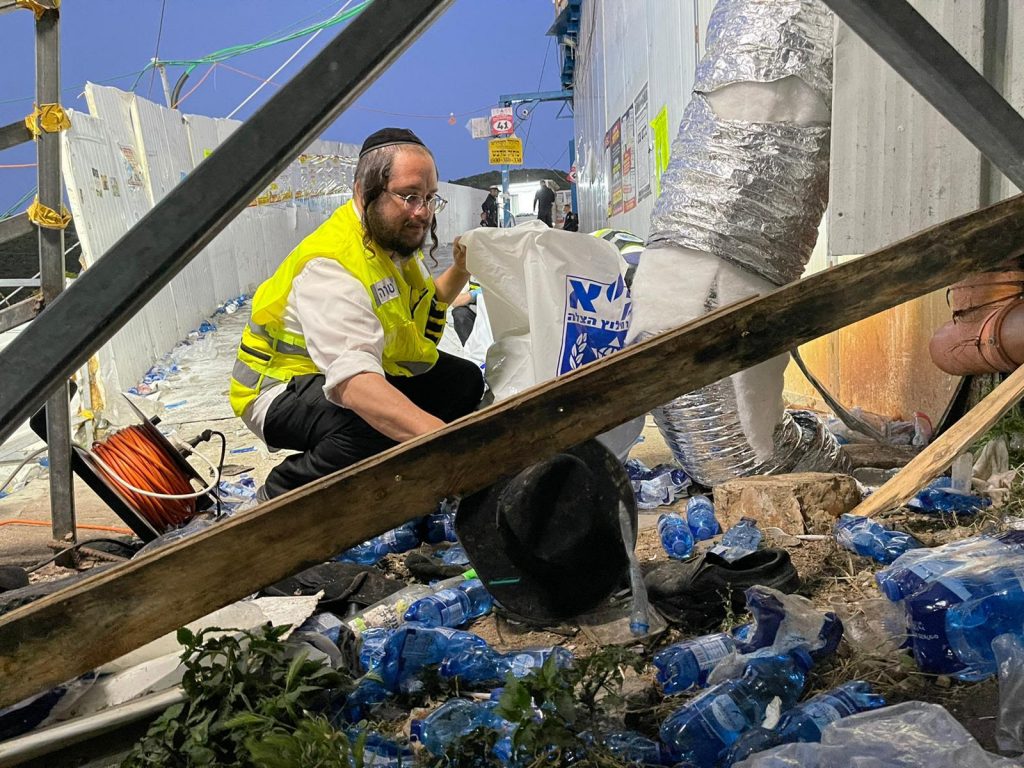 With forensic officials still trying to identify the victims and families searching for loved ones that they haven’t heard from since the tragedy, Israeli Prime Minister Benjamin Netanyahu declared that Sunday, May 2, will be a national day of mourning.