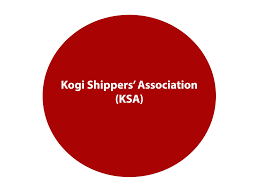 Kogi chapter of Shippers’ Association has called on the state government to establish an Export Processing centre to enable its members to add value to agricultural commodities for export.

The Shippers’ Association made the call in a communiqué issued at the end of its maiden meeting with Leaders of Trades and Commodity Associations on Friday in Lokoja.

The Communiqué was signed by the Association’s president, Mr Habuh-Rajan Suleiman and the secretary, Mr Donarus Okpe.

It said the establishment of the centre had become imperative, considering the need for diversification of the economy.

The Communiqué held that Kogi had the potential to be an industrialised and commercial-oriented state like Lagos, Ogun, Abia and Kano States.

According to the Communiqué, all that is needed is for the government to support businessmen willing to go into processing agricultural goods and other exportable items from the state.

It, therefore, reiterated the need for synergy between the Nigerian Shippers’ Council, government and Kogi State Shippers’ Association to create opportunities for maximising the abundant mineral and agricultural resources of the state.

The Association also said there was need to integrate Kogi State into the export-related businesses, and called for collaboration between government and the organised private sector.

The Communiqué urged members of various Trades and Commodity Associations to register with the Association (on whose platform they would be assisted to grow) in view of the benefits they would derive.

The communiqué said the benefits included accessing support services as well as protection of investments of Nigerian shippers against foreign exploitation and arbitrary charges of shipping service providers.

It added that the membership of Kogi State Shippers’ Association had been reactivated and strengthened to benefit owners of small and medium-sized companies.

The Association equally called on members who took loans from Central Bank of Nigeria (CBN) to ensure prompt repayment of such facilities.

“There are indications that the increasing army of defaulters may hinder prospective applicants from the state despite new and numerous opportunities in CBN,” he said.