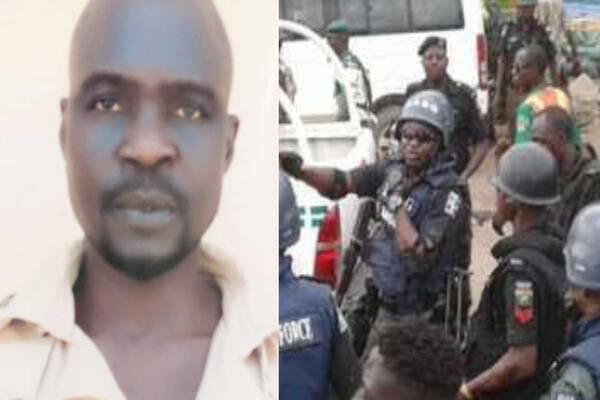 Nollywood actress, Mercy Aigbe, lawyers and human rights activists on Friday lent their voices to the demand for justice in the alleged case of defilement against Nollywood actor, Olanrewaju Omiyinka, popularly known as Baba Ijesha.

They visited the State Criminal Investigation and Intelligence Department, Panti, Yaba, despite assurances by the police on Thursday that the case file had been taken to the Director of Public Prosecution for advice.

The Police had said that though the alleged offence committed by Baba Ijesha was bailable, there were no plans to release him yet, as the DPP advice was being awaited.

The police had put the records straight following reports that he might be released on bail due to the ongoing strike by members of the Judicial Staff Union of Nigeria.

Aigbe and the others, who kicked against alleged bail plans, were at Panti on Friday called for implementation of the state laws in order to protect the rights of children and serve as a deterrent to others.

Mercy Aigbe said: “We are here to lend our voices to the fight and say no to child molestation and all forms of sexual abuse.

“I am a mother I can’t even imagine someone doing that to my own child, we have laws and they should be implemented.”

She urged Nigerians to stop the habit of shaming and blaming victims when they speak up as it worsens the mental health of victims and their families.

Anthonia Ojenabo, a human rights activist said the Commissioner of Police had assured that the case would not be swept under the carpet.

“The Commissioner of Police has assured us that the case will not be swept under the rug and we believe him.

“We want justice to be served because it would serve as a lesson to other perpetrators who think they can sexually violate children and get away with it.

“We have laws in this country and we are calling for its implementation . For sexual assault or attempted rape the penalty is 14 years to life imprisonment.

“We are just waiting for the judiciary staff to resume from the strike so that the case can go to court so that justice would be served.”

“The problem is that we have been too quiet for too long on issues like this and these people have been emboldened and they are now all over.

“But by the time we start speaking out, we will leave no hiding place for pedophiles, rapists and child molesters.”

Also, Ibilola Subair, a Lawyer, urged children not to yield to threats and always speak up whenever they were being molested.

She also advised parents and guardians to have close relationships with their children, wards and teach them to always speak even if the abuser is a close family member.