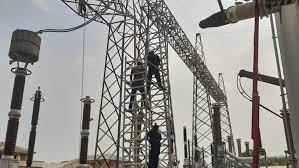 Electricity consumer groups on Sunday, kicked against the planned review of electricity tariffs for the 11 power Distribution Companies (DisCos) by the Nigerian Electricity Regulatory Commission (NERC).

They maintained that there was no justification for any upward review of electricity tariffs due to the current economic realities and challenges being faced by Nigerians.

The groups, the Energy Consumer Rights and Responsibilities Initiative (ECRRI) and All Electricity Consumers Protection Forum (AECPF) made their views known in separate interviews with the newsmen in Lagos.

Newsmen report that NERC, the regulator of the power sector had in a public notice,  announced that it was working on concluding Extraordinary Tariff Review process for the DisCos.

The commission said it would also commence the processes for the July 2021 Minor Review of the Multi-Year Tariff Order (MYTO-2020)  which was  done every six months.

However, Mr Adeola Samuel-Ilori, National Coordinator, AECPF said minor review was not automatic even if it was done every six months.

Samuel-Ilori said “There are provisions to be fulfilled before they can do any review whether major or minor.

“In the major review they have to fulfill the provisions of Section 76(1) of the Electric Power Sector Reform Act (EPSRA) which states that a licensee can ask for a review premised on what the licensee has spent so far to improve supply.

“This also applies to minor review and we cannot say that supply has improved in the last few months based on the DisCos investments in the sector.

“As at today, we are generating 5,866MW to serve the whole Nigeria which is almost 200 million people. That cannot be said to be an improvement,” he said.

He also argued that there was nothing like extraordinary review in the EPSRA , stressing that what Nigerians needed now was improved supply not tariff increment.

Fadairo said “The national minimum wage is N30,000 and most states are yet to implement the payment.

“There is rising inflation in costs of goods and services. Some Nigerians have lost their jobs due to the coronavirus pandemic and are barely holding on.

“There is no justification for any increment in electricity at this point in time. We are even thinking of how government can give electricity credits to Nigerians to ameliorate their plights,” he said.

Newsmen report that NERC had said extraordinary tariff reviews were carried out in instances where industry parameters had changed from those used in the operating tariffs to such an extent that a review was urgently required to maintain the viability of the industry.

The commission said the reviews would put into consideration,  changes in inflation, foreign exchange, gas prices and available generation capacity.

NERC said it would also consider Capital Expenditure (CAPEX) required to evacuate and distribute the said available generation capacity in accordance with EPSRA and other extant industry rules.

In another development,  The police command in Enugu State has arrested two suspects who allegedly attacked and hijacked a truck-load of bags of cement within Nsukka-9th Mile Expressway in the state.

The command also recovered a small blue-coloured unregistered Mercedes Benz truck; which the suspects planed to offload the bags of cement to.

The command’s Public Relations Officer, ASP Daniel Ndukwe, said this in a statement made available to the newsmen in Enugu on Sunday.

Ndukwe said that the feat was achieved by a joint team of police operatives attached to 9th Mile Police Division and personnel of the Nigerian Army, 82 Division, Enugu.

According to him, on April 15 at about 1:35 a.m., Goodluck Samuel, 31, and Ifeanyi Ozo, 30, were arrested along Nsukka- 9th Mile Expressway by 7-up in Udi Local Government Area.

“The suspects and others at large, were alleged to have attacked and hijacked from its driver and motor-boy, a Dangote’s Sinotruk truck with registration number: GRZ 430 XA loaded with bags of cement en-route Awka, Anambra from Obajana, Kogi.

“They demobilised the truck, and were at the verge of trans-loading the bags of cement to a smaller Mercedes Benz truck they used for the operation, when the joint operatives arrested them.

“The hijacked truck and goods have been secured, while the said smaller truck has been recovered,’’ he said.

The police spokesman said that further discreet investigation had been ongoing on the matter to arrest other accomplices.

He said that the suspects would be charged to court on conclusion of investigation.

“Meanwhile, the Commissioner of Police, Mr Mohammed Aliyu, has appreciated the collaborative supports from sister security agencies and law-abiding residents of the state.

“The commissioner also called on residents to remain vigilant and continue to assist the police with credible information required to further curb acts of crime and criminality in the state,’’ he said.