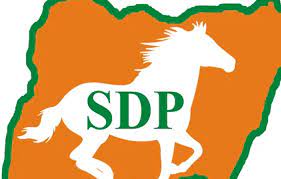 The Social Democratic Party (SDP) chieftain in Kogi, Mr Samuel Ajagun, has condemned the gruesome murder of a Commissioner in the State Pension Board, Hon. Solomon Adebayo.

Ajagun, who was the SDP Chairmanship Candidate for Yagba West, in the last local government election in Kogi, made the condemnation in a statement on Monday in Abuja.

Yet to be identified gunmen on Saturday killed Adebayo, popularly known as “Akeweje” and abducted the Chairman, Yagba West Local Government, Mr Pius Kolawole, who was in the same car with him.

The victims, according to Spokesman of the police command in the state, DSP William Aya, were attacked at Eruku, a border community between Kwara and Kogi,  when they were traveling back to Egbe in Kogi.

Ajagun urged security operatives to trail and arrest the perpetrators of the killing and kidnapping of the notable sons of Yagba Land.

“This evil machination must stop, the security institution must stand up and defend the people before the country is thrown in a state of anarchy.

“This particular incident that happened in Yagba Land must be investigated to a reasonable conclusion and the perpetrators must not be spared at all,” Ajagun said.

The SDP chieftain decried the proliferation of criminal elements in different parts of Nigeria, including Kogi.

He noted that although Gov. Yahaya Bello, had continue to wage war against insecurity across the state, he should double his efforts at a time like this to address the worrisome menace.

”I wonder why people like Adebayo, and incumbent council chairman will be susceptible to such attack. If an incumbent local government chairman can be easily kidnapped, what can we say of an ordinary farmer in the farm?” he asked.

Ajagun called on the Kogi Commissioner of Police, Williams Ayade, to lay siege on forests across Yagba Land and rescue the kidnapped chairman.

He also called on the Okun Development Association to partner with relevant authorities to tackle insecurity within the communities before it degenerates.

“The influx of herdsmen must be rejected by all. Our representatives at the state and federal levels must rise and speak up in our favour before we are all consumed,” he said.

Ajagun condoled with the family of Adebayo, who he described as a humble, intelligent and a fine young man who dedicated his time and energy to development of the state while alive.

In the meantime,  the Kogi Government has said that it is working hard with security agencies and other relevant stakeholders to ensure the safe return of Mr Pius Kolawole, the abducted Chairman of Yagba West Local Governments Area of the state.

This is contained in a statement issued by the Commissioner for Information and Communications, Mr Kingsley Fanwo, in Lokoja.

”We wish to report, with every sense of sobriety, the unfortunate attack by some gunmen on a Commissioner in the Kogi Pension Commission, Late Solomon Adebayo and also the Chairman of Yagba West LGA, Pius Kolawole, on their way back to the state from Kwara.

”We can confirm authoritatively that the unfortunate incident happened shortly after Eruku, Ekiti Local Government, Kwara. Adebayo died as a result of gun wounds sustained from the sad incident.

”The whereabouts of the Chairman of Yagba West LGA is still unknown but security agencies in both Kwara and Kogi, as well as local security services are working hard to ensure the safe return of the chairman”, Fanwo said.

He noted that in spite of the incident happening on Saturday, the Kogi Government had been circumspect in making official statements in order not to do anything to throw into jeopardy, the efforts of security agencies on the matter.

”But it is also incumbent on a responsible Government like ours to speak to our people and assure them that Kogi will spare nothing to remain the safest in the country.

”We also wish to caution those making statements which are capable of undermining the security of the state to desist from such an unpatriotic wish for anomie.

”It is high time we came together to make our nation safe, secured and governable.

”The Government and the people of Kogi are also determined to make Kogi peaceful and safe. Our Government has the backing of the people and the security agencies to keep Kogi safe”, Fanwo said.

He further commiserated with the family of the late Solomon Adebayo, the people of Yagba West and the entire Kogi Pension Commission over his demise.

He described the late pension board commissioner as a hardworking and patriotic gentleman who contributed immensely to the state’s Pension Administration Revolution, saying he would be sorely missed.

”We thank all good-spirited agencies and private individuals who have stood with us in this dark time.

”As a government, we will recommit ourselves to collaborating with neighboring States to ensure security of lives and property”.