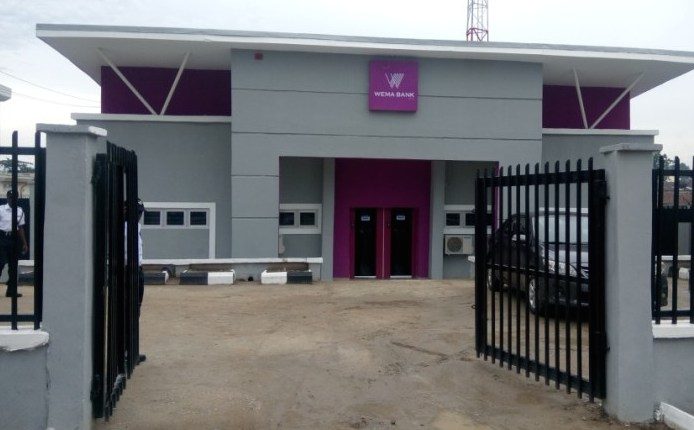 The Wema Bank PLC, Secretariat Branch in Ibadan today locked many of its customers out before official closing hour of 4pm, throwing many of its aged customers into serious distress.

A Security man at the Bank’s gate said he was told at 3.20 pm to lock up the gate by bank officials. He therefore, advised belligerent customers that they should try other branches, because the bank had ‘Network problem’.

An Elderly man who arrived the gate at 3.28 pm pleaded passionately to be allowed into the bank for something personal was ignored, though his plea continued till 3.57 pm.

Another elderly man who was also equally affected lamented that the branch was becoming notorious for poor quality service.

“Have we committed any crime, banking with them…?’ he asked, noting that this was not the first time he was meted with such poor quality of service.

A Maritime First reporter who witnessed the pathetic drama thereafter called one well-placed staff, perhaps, if he could influence the possibility of tasking a more senior bank branch official to approach the gate and more recently talk to the elders, said he was on leave and switched off.

” Am sorry, I am not in Ibadan; and I am on leave”, the bank official, in the office of the Regional Manager’s Office said and switched off.