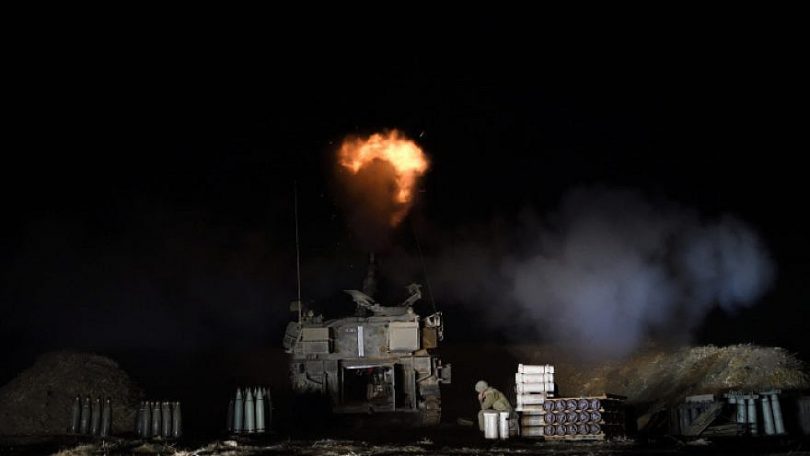 Shortly after midnight on Friday, the Israel Defense Forces appeared to give the impression that a ground offensive was underway, sending Hamas operatives into tunnels and the direct path of a massive wave of Israeli airstrikes. 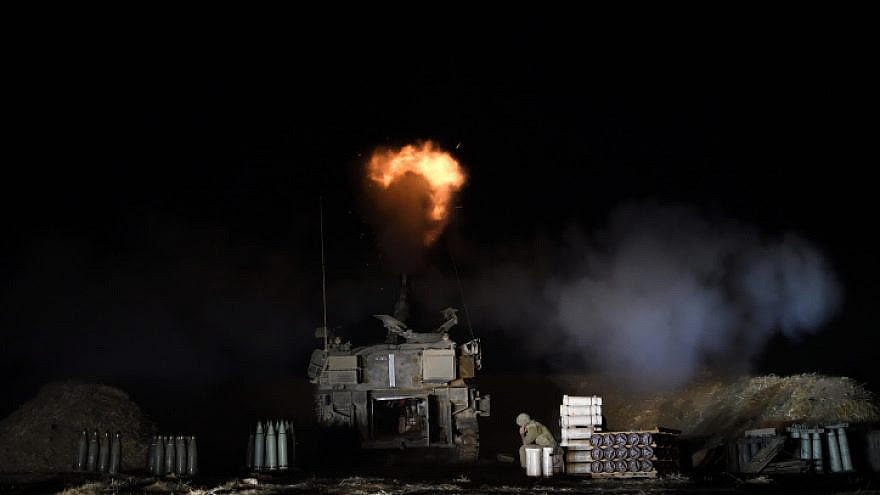 An Israel Defense Forces artillery unit fires towards the Gaza Strip near the border in southern Israel on May 13, 2021. Photo by Gili Yaari /Flash90.

It was unclear whether the message was referring to the start of a ground offensive against Hamas and Palestinian Islamic Jihad, or whether ground units were firing on targets on Gaza.

“Now, it turns out this was not a mistake, but deliberate and planned ruse aimed at taking out Hamas forces,” Channel 22 said on Friday.

The IDF reportedly led Hamas to believe that a ground offensive was about to begin, leading it to activate its elite Nukhba unit, sending them into tunnels to prepare to take on Israeli ground forces.

With the trap set, the IDF struck. Some 160 Israeli Air Force aircraft dropped 450 bombs—more than 80 tons of explosives—on the network of Gaza’s underground defensive tunnels, the report said, hitting many, many Hamas armed operatives.

For years, the IDF’s Southern Command has been mapping out what it dubbed “the metro”: a network of elaborate tunnels under Gaza designed to enable Hamas’s military wing to move operatives and weapons around, out of Israel’s sights, and target maneuvering IDF units as they approach.

These tunnels are different from the cross-border attack ones that Hamas digs with a view to enabling its Nukhba unit members to launch killing sprees inside Israel.

The “metro” is a defensive tunnel network, and one that Israeli defense officials have been warning for years would turn into a death trap for Hamas in the event of a new conflict.

“They built an underground city.

These tunnels will be death traps in the next war,” a security source stated back in 2017.

The tunnels were mapped out using a range of advanced technologies and techniques, as well as a “lab” of experts from a variety of fields over the years—a formula pioneered by the IDF’s Southern Command.

During routine times, not a day goes by that Southern Command doesn’t sit down with the Israel Air Force, the Shin Bet, Military Intelligence and other elements to go over its bank of targets, including the notorious “metro.”

The correct weapons for attacking the targets are chosen ahead of time, and the IDF’s Civil Administration advises on the movements of local Gazan civilians to minimize harm to them as much as possible.

This activity goes on at the Southern Command’s Fire Control Center, which maps out targets during quiet days and flips into action during conflicts to detect new targets in real-time.

Radars, cameras and other sensors feed the center 24/7, enabling first-class intelligence capabilities that translate into just the type of surprise attacks launched by the IDF after midnight on Friday.