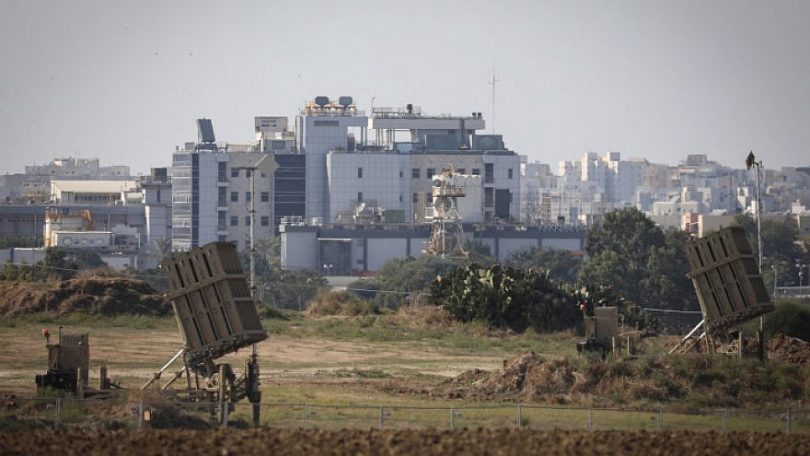 The air-defense system has maintained an interception rate of more than 90 percent, despite the heavy barrages directed at Israeli cities by Hamas and Palestinian Islamic Jihad. 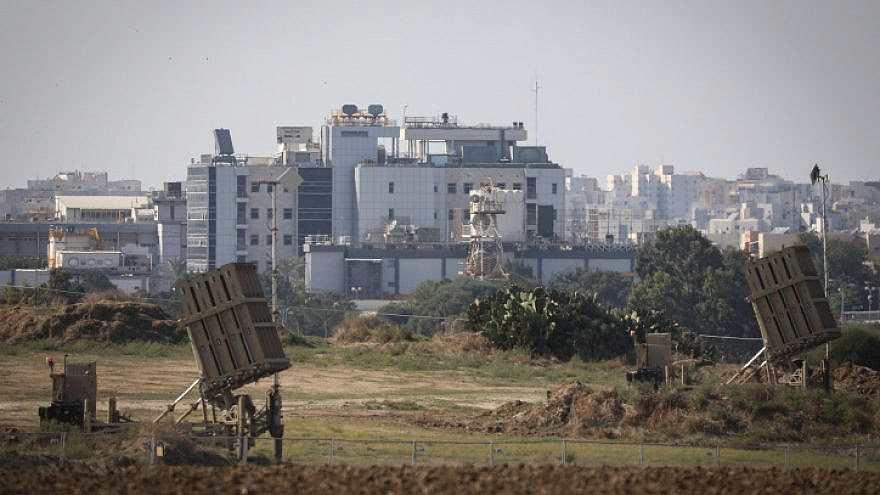 Rafael, Iron Dome’s makers, teaming up with the Israel Defense Forces, has worked hard in recent years to enhance the revolutionary system, upgrading its radars and interceptor missiles for just such a scenario, in which enemies attempt to saturate and overwhelm it.

Despite the intensive waves of projectiles, the system’s success rate stands at a little more than 90 percent when it comes to shooting down rockets heading for built-up areas, according to IDF figures.

Even with such a highly impressive interception rate, the projectiles that have gotten through have killed nine Israeli civilians around the country, including a 5-year-old boy in Sderot and an 87-year-old woman, and caused dozens of injuries and damage all over the country.

It is impossible for any air-defense system to provide full-proof protection, but it would be unimaginable for the Israeli home front without Iron Dome.

The system provides Israel’s decision-makers with flexibility when conflicts erupt with terror groups—in this case, Hamas and Palestinian Islamic Jihad (PIJ). Its high levels of effectiveness means that calculations as to if and when to proceed with ground invasions can be taken under somewhat less pressure.

The IDF was not surprised by the very large arsenal of rockets in the possession of Hamas and PIJ, or by the large barrages that they directed at Israel’s cities.

The rockets appear to be similar to those fired in recent escalations in terms of their warheads and impact sizes.

“The interception rate of Iron Dome, which is slightly above average compared to previous needs [escalations], indicates that the rockets are not new, because the system is operating as before,” International IDF spokesperson Lt. Col. Jonathan Conricus told JNS on Thursday.

At the same time, the IDF is naturally collecting intelligence on the rockets that have been fired.

Iron Dome also proved its ability to intercept enemy drones. On Thursday, one of the explosive drones sent by Hamas over the border was shot down by a battery.

Prior to the latest escalation, it notched up more than 2,500 real-world interceptions, sparing Israeli cities, towns and villages of enormous carnage.

Iron Dome’s interception rate of more than 90 percent has been consistent for years. 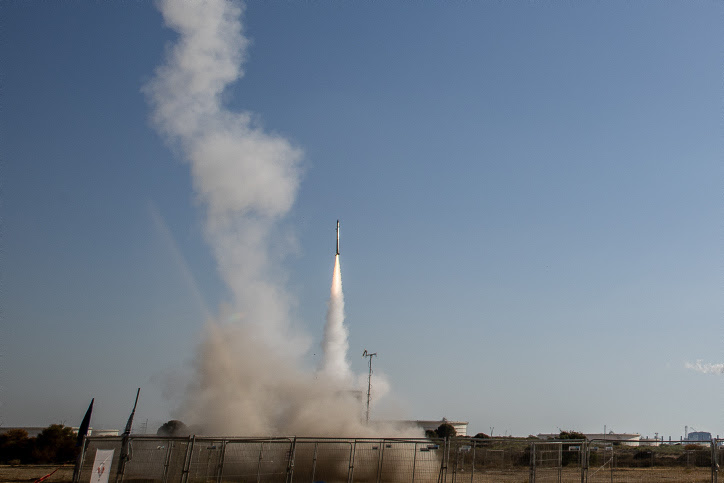 The Iron Dome air-defense system fires interception missiles against rockets launched from the Gaza Strip into Israel on May 14, 2021. Photo by Yonatan Sindel/Flash90.

In February, Brig. Gen. (ret.) Shachar Shohat, Rafael vice president and marketing and business development manager of the company’s Air and Missile Defense Division, told JNS about the sense of mission that Rafael’s employees who designed the system have.

“Employees at Rafael, who go to work in jeans and sandals, are creating true added value to Israel’s national security,” he said. “They do it with a spark in their eyes from the founding of the state until this day.”

It was the Second Lebanon War of 2006 that served as a wake-up call for Israel regarding the critical need to possess defenses against short-range and medium-range projectiles, said Shohat.

Hezbollah fired 4,000 rockets at northern Israel during 40 days of combat, compared to already half that number fired by Gazan factions in the space of four days in the current conflict.

Hezbollah, for its part, can likely fire more than 2,000 rockets a day in its current capabilities.

Iron Dome’s radar is made by Israel Aerospace Industries-Elta, and its advanced command and control system is made by the mPrest company, representing a collaboration of Israeli defense companies.

The Israeli Air Force’s Air Defense Array personnel worked hand in hand with Rafael to develop the system in record time. Since then, development has never stopped, leading to today’s current ability to deal with intense barrages.

“The Iron Dome of today is not the Iron Dome of 2011. It is a system that has received newer capabilities—higher-altitude and lower-altitude interception ranges, and the ability to intercept more than rockets. Today, it is an air-defense system in every sense. It can assist a maneuvering military force; it can work at sea on a naval platform. Its image of being only used to protect large population centers has changed. It can protect key strategic sites, deal with drones and handle fast-flying low targets,” he stated.

“I can say with certainty that in all of the operational scenarios it was placed in, including attempts to saturate it, it never failed,” said Shohat.

The future of Iron Dome will see increased use of artificial intelligence technology, enabling it to learn by itself on how to improve and recognize new threats. It may also be joined by laser technology to help it with its interception capabilities.

For now, though, its batteries are saving lives around the clock, monitoring the skies and shielding millions of Israelis on the ground from Hamas’s arsenal.