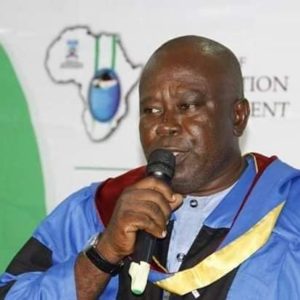 Firstly, I am a Registered Freight Forwarder based in Port Harcourt, this means that I operate on the eastern axis of the subsector, which includes Onne Seaport.

Secondly, I am a high-level stakeholder, judging by the length of time one have been in practice, positions one had held and contributions one had made and still makes.

Thirdly, I have been an online news publisher since 2007.

This perhaps positions me as the only freight forwarder who is also a media person, at least in the eastern zone.

This also means that one had/have curated lots of information.

If the above, does not make one influential, at least in the subsector, one wonders what will.

So, when the referenced strike happened, we became involved directly and/or indirectly.

Calls were received and made, suggestions were asked for and given. I am just one of those who did all these.

Eventually, the strike was called off.

What the public do not know however is that although, technically, the strike has been called off, but the effects of the strike have not healed and may not healed so fast.

This means that people like myself are still working to heal the effects of the strike so that work can go on in an atmosphere of mutual respect.

When I first read in the news that certain persons are instrumental to resolving the strike, I debunked that immediately and averred that the strike was resolved by many factors.

With the current insistence of certain persons to take exclusive glory on an effort by many, I can see that my initial effort at debunking the “I resolved the strike narrative”, did not yield fruit.

Finally, I make bold to say here that no one person could have resolved the strike, which we are still resolving, even though the strike have been called off.

Thank you for your time.