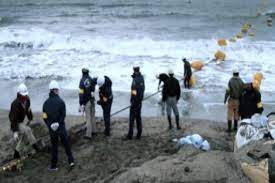 The UN High Commissioner for Refugees (UNHCR) on Monday said that more than 650 illegal migrants have been rescued and returned to Libya.

“Over 650 persons were returned on Sunday to Tripoli by Libyan authorities.

“Survivors departed aboard four rubber boats from Zuwara (Western Libya), and were intercepted/rescued and returned in two different disembarkations.

Rescued migrants often end up inside overcrowded reception centers across Libya, despite repeated international calls to close those centers.

According to the International Organisation for Migration and UNHCR, migrants and refugees in Libya continue to be subjected to arbitrary detention, ill-treatment, exploitation and violence, conditions that push them to take risky journeys especially sea crossings that may face fatal consequences.