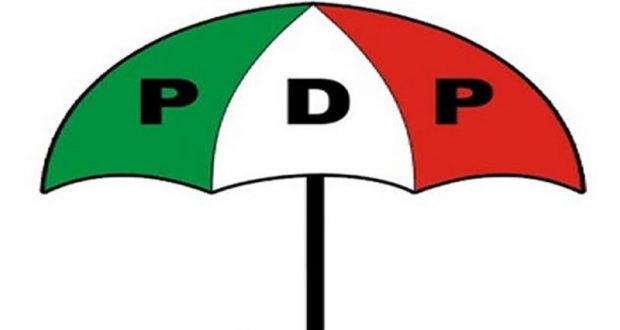 The Peoples Democratic Party (PDP) has urged the Federal Government to take urgent steps to address food insecurity and its attendant hunger in the country.

The party gave the advice in a statement issued by its National Publicity Secretary, Mr Kola Ologbondiyan, in Abuja on Sunday.

Ologbondiyan said the call became necessary due to food scarcity with prices soaring beyond the reach of Nigerians.

He said it was also important following the ranking of Nigeria as 98 out of 107 in Global Hunger Index, with food shortage, low purchasing power; alarming 33.3 per cent unemployment and 22.95 food inflation rates as well as increased morbidity and mortality rates.

The party’s spokesman said: “today the prices of food items have gone up due to violence, terrorism and banditry in food production areas.

Ologbondiyan reiterated the party’s call on government to address violent attacks and killing of farmers as well as livestock producers by bandits, terrorists and criminal herders resulting in desertion of farms in various parts of the country.

He said that farmers now resort to Internally Displaced Persons (IDP) camps as their fields and farmhouses which has also been taken over by bandits and terrorists.

Ologbondiyan added that insecurity had also hampered the production and distribution value chain, with no hope in sight.

“Our party charges President Muhammadu Buhari to take urgent steps to address the urgent issue of hunger by opening our silos to cushion the situation and push down prices.

“The Federal Government should also realign the agricultural sector by beefing up security in food production areas so that our farmers can return to the farmlands.

“The PDP also believes that the time has come for President Buhari to provide direct stimuli to small businesses as incentive to pay salaries, revamp production and boost purchasing power.”

Ologbondiyan also advised the president to take steps to recover the country’s stolen money and channel part of it to emergency action for food security in the country.

In a related development,  A chieftain of the All Progressives Congress (APC) in Kwara, Malam Saliu Mustapha, has said that President Muhammadu Buhari is doing his best to tackle insecurity in the country.

The APC chieftain said this in Ilorin while featuring on ‘News Keg’ platform hosted by the Correspondents Chapel of the Nigeria Union of Journalists (NUJ), Kwara Council.

Mustapha, who is aspiring for APC national chairmanship, therefore called on all Nigerians to support the Buhati in the fight against banditry, insurgency and kidnapping in Nigeria.

He acknowledged the challenges bedeviling the country, noting that Buhari is doing his best in the circumstance the country finds itself.

Mustapha also urged Nigerians and those criticising the Buhari administration to exercise restraint regarding the security challenges facing the country.

“What it requires more is setting aside our differences to confront the challenges.

“I admit there is room for improvement, but I believe that Mr President is doing his best given the circumstances he found himself,” Mustapha added.

On his chances of winning the chairmanship position of APC, Mustapha said that he has all it takes to be elected as national chairman of the party.

According to him, he has what the party needs, adding that he is the right person to get the APC strengthened.

Mustapha declared that having him in charge of affairs of APC would provide a platform to turn things around and sustain the vision of the founding fathers of the party.

“The ideas and ideals that drove the founding fathers to establish the APC was not new to me, my membership of the party was not by accident.

“Being a member of the APC has to do with ideological conviction and I have always been a member of political parties not seen as ‘conservative,” he said.

According to the chairman of Saliu Mustapha Foundation, “APC is an ideological pathway, I didn’t come to it by accident”.

The aspirant however said he would not expect his co-aspirants to consider the position of APC national chairman as a ‘contest’ but rather an endorsement of what he represents.

Mustapha added that he represented generational shift that stands for a new face with fresh ideas.

“What the APC needs now is new face and new ideas, which I am bringing into the party.

‘It should not be somewhat of a cult thing and the media should help us to change the narratives.

“They should not see us as one that is recycling faces; we have opponents seeking to win people’s hearts.

“If the electorate can see a new face with new ideas, let us say four million people are APC members, we will need others to vote for our party, how do we enjoy their support if we do not connect with the people?

“That is why I expressed hope that my co-aspirants will not see it as a contest, but rather an endorsement of what I represent.

Mustapha, an associate of President Muhammadu Buhari from the days of the defunct Congress for Progressive Change (CPC), said he has been in politics for over 30 years.

“I ventured into politics more than two decades ago, I was with Chief Olu Falae, I was in APP, ANPP and I was the Deputy National Chairman of the CPC.

“I have learned the ropes, I have gotten the needed experience, I only need to be just and fair to all.

“I am of a considered opinion that I still have more to offer the country and contribute my quota to purposeful leadership in the country cognizant that political party serves as vehicle for achieving control of government,” he said.

The newsmen report that the Chairman, Correspondents’ Chapel, Malam Hakeem Garuba, performed the investiture of Mustapha as Patron of the chapel.

Newsmen also report that Mustapha supported the chapel with a Hyundai bus to ease its transportation difficulties.