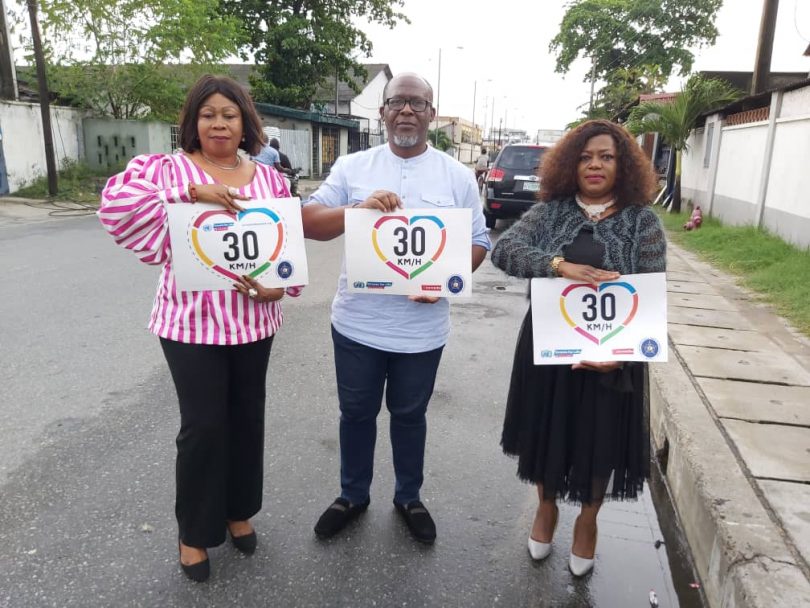 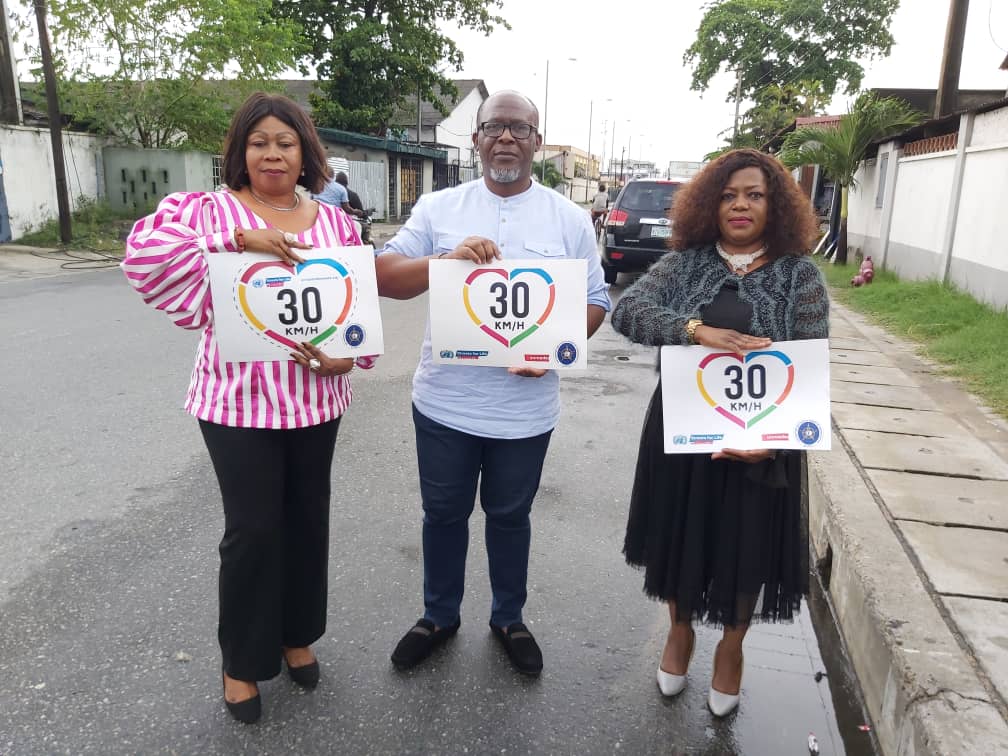 In the middle is the Deputy President of CIOTA, Mr. Darlington Offor, flanked on the left by the Institute’s National Publicity Secretary Mrs, Chizoba Anyika and on the right by a member Mrs. Victoria Labaran.

The Chartered Institute of Transport Administration of Nigeria (CIOTA) under the leadership of Dr. Bashir Jamoh, joined the United Nations General Assembly and the World Health Organisation (WHO) this week, in the campaign for global road safety, advocating for speed measures to create safe, healthy and liveable cities.

The UN Global Road Safety Week has been observed by the UN since 2007 and this year’s edition commenced from May 17th to May 23rd, 2021.

It was an occasion to garner policy commitments at national and local levels so as to deliver 30km/h (20 mph) speed limits in urban areas and highlight the links between 30 km/h speed limits and attainment of a number of Sustainable Development Goals (SDGs) on health, education, infrastructure, sustainable cities, climate action and partnerships.

Addressing journalists on Monday, the CIOTA President represented by the Deputy President, Mr. Darlington Offor called for safety of road users in adherence to the 2021 United Nations Road Safety week with the theme: “Streetsforlife and #Love30”.

He emphasized the importance of a holistic approach to road safety and improving ongoing road projects and designs, noting that UN annual global reports reveal that speeding is a leading risk factor for road traffic deaths and injuries.

His words: “There are over 1.35 million deaths from road accidents while 250,000 deaths are recorded in Africa. According to WHO, 39,000 are recorded in Nigeria of which 40% of these fatalities in African countries are pedestrians walking in cities.”

He stated that CIOTA is committed to partnering with relevant Agencies and Organisations in building capacities so as to implement evidence-based solutions and enhance data quality for better monitoring and planning of the nation’s Transport systems.

Research, however, has shown that lowering speed limits in urban areas reduces the risk of fatalities and keeps vulnerable road users safe, including pedestrians, cyclists, children, elders and people with disabilities.

The UN Decade Action Plan from 2021 to 2030 is to encourage and promote policies in walking, cycling and the use of public transport as inherently healthy and environmentally friendly modes of transport.

In the same vein the Institute’s National Publicity Secretary, Mrs. Chizoba Anyika reiterated that the professional Body is open to partner and collaborate with relevant stakeholders in bringing interventions that guarantee safer roads in the country and its cities

Anyika also stressed the need to avoid mobile device usage during driving,riding and walking as that remains a cause of road mishaps in recent times.