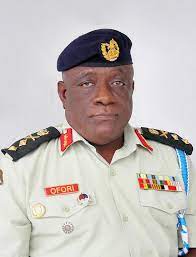 Piracy and kidnappings may have finally relocated to West Africa, with 96 per cent of all crew kidnapping from ships in 2020 occurring in the Gulf of Guinea.

This Commandant, Koffi Annan Peacekeeping Training Centre (KAIPTC), Maj.-Gen. Francis Ofori highlighted this in Lagos on Tuesday, noting that the Gulf of Guinea has comfortably overtaken Gulf of Aden and the Straits of Malacca.

“In a little over 10 years, the Gulf of Guinea region has overtaken pirates activities in the Straits of Malacca and the Gulf of Aden,’’ Gen. Ofori said.

He was addressing a five-day Maritime Crimes and Prosecutions Course, which entered its second day on Tuesday.

Gen. Ofori said the latest report from the International Maritime Bureau (IMB) indicated that piracy and crew kidnapping in the Gulf of were particularly dangerous as more than 80 per cent of attackers operated with sophisticated weapons.

“Since 2019, the Gulf of Guinea has experienced an unprecedented rise in the number of multiple crew kidnappings.

“The IMB report also show a rapid expansion of piracy and armed robbery operations into nine countries in the region, targeting a variety of vessels and ships.

“Undoubtedly, the pirates have become more organised, more sophisticated and more daring, necessitating the urgent need for response agencies to intensify their efforts,’’ he said.

The general noted with regret that maritime crimes were increasing at a rate not matched by the response capacities of states.

“For instance, investigations, forensics and prosecutions are still in the nascent stages of development and most states do not have the required legal structures to deal with maritime criminality.

“This means that criminals can undertake illegal activities with impunity and exploit the region’s maritime domain which revolves around inadequate law enforcement capacity, underdeveloped legislation and limited policy implementation.

“These inadequacies ultimately result in weakened governance, corruption and political instability in the Gulf of Guinea,’’ Gen. Ofori said.

“Sustainable development of blue economy, improvement of the well-being of coastal communities and commitment and collaboration across agencies and governments become key in reducing maritime insecurity in the region,’’ he stressed.

“The Gulf of Guinea, in terms of its rich resources in huge deposits of hydrocarbons, fisheries and aqua-culture and also a critical maritime route is bedevilled with a myriad of challenges.

“These challenges, such as piracy, human trafficking, illicit trade in arms and drugs among others has earned the region the leading hotspot for maritime piracy and armed robbery in the world.’’ Gen. Ofori noted

The newsmen report that the five-day event is organised by KAIPTC in collaboration with the Nigerian Navy and the Japanese government.

Gen. Ofori said the decision to conduct the training in Nigeria reflected Nigeria’s geo-strategic importance in the fight against maritime criminality in the Gulf of Guinea.

Rear Adm. Monday Unurhiere, who represented Rear Adm. Jason Gbassa, the Flag Officer Commanding, Western Naval Command, said at the event that there was the need for collaboration in the fight against maritime crimes.

“Owing to the fluidity of the oceans, maritime security is complex and characteristically encompasses wide-ranging themes.

“Some of the major challenges in addressing these crimes have been inadequacy of e trained manpower, procedural errors in arrest, improper evidence management and the lack of diligent prosecution on the part of security agencies.

“These challenges are often occasioned by underdeveloped legislation covering the evolving crimes,’’ he said.

Rear Adm. Unurhiere observed that only recently, the Nigerian government enacted the Suppression of Piracy and Other Maritime Offences Act, 2019 to address the issue of legislation.

“The Act deals with piracy, armed robbery and any other unlawful act against ship, aircraft and other maritime craft,’’ he said.

Also speaking, an official of the UNDP, Ms Melody Azinim, said that the Gulf of Guinea was increasingly becoming a challenge and it remained a dangerous area for seafarers.

Azinim said that the region accounted for 43 per cent of all reported piracy incidents in the first three months of 2021 according to the latest report from IMB.

“The financial implications of kidnapping and hijacking of ships, including the rise in insurance and freight costs, are passed on to the consumers and reduce the competitiveness and investments in the sector.

“An insecure maritime environment provides potential for terrorists and violent extremist groups to exploit these gaps to transport illegal arms, drugs and launder money which finances their activities,’’ she said.

The official said that the fact that these challenges were not limited to only one country in the region called for collaboration and cooperation between the countries in the Gulf of Guinea.

“Maintaining peace and stability is fundamental to any state’s ability to achieve the Sustainable Development Goals, therefore, ensuring a safe maritime environment is one of the areas.

“The concern of the threat, derailing the progress that has already been made towards inclusive, equitable and sustainable human development is the basis for the project.

“UNDP is, therefore, committed to this initiative that seeks to advance human security and promote development,’’ Azinim said.