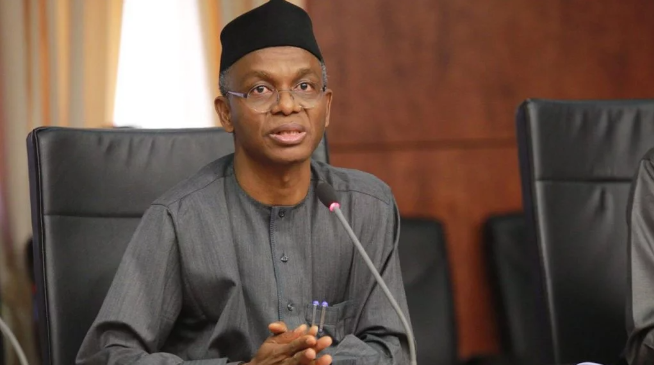 Piqued by the lackluster handling of the ongoing Nigeria Labour Congress (NLC) strike in Kaduna, the Federal Government on Tuesday waded in, urging all parties involved, to ceasefire.

The Minister of Labour and Employment, Sen. Chris Ngige confirmed this in a statement signed by Mr Charles Akpan, Deputy Director, Press and Public Relations in the ministry, in Abuja.

The Nigeria Labour Congress (NLC) and the Trade Union Congress(TUC) had embarked on a five-day warning strike that commenced Monday, over  sack of 4000 workers by the Kaduna state government.

“We are not unaware of what is going on in Kaduna state . It is a labour issue which has snowballed into a national strike and picketing by the two labour centres and affiliate unions.

“We hope and also urge the Kaduna state governor not to escalate matters to such a level where it becomes uncontrollable.

”We also appeal to  leaders of the labour centres to step down action to make way for discussion.

“My ministry is wading into the matter and therefore calls on the warring parties to give peace a chance,” he said.

The minister also appealed to all workers on essential duties, including doctors and nurses not to join the strike.

He added that, “importantly, I appeal to workers in critical sectors not to tamper with electrical or water installations so as not to bring more sufferings to the people of Kaduna state and the nation at large.

“This is because we have it on good authority, following complaints by the Minster of Power that workers have threatened to trigger a nationwide blackout by interfering or switching off the national grid,” Ngige said.

Already, the Kaduna State Governor, El-Rufai has sacked University lecturers (ASUU) and Nurses for joining the strike, in addition to declaring the NLC leadership wanted, earmarked to be arrested and prosecuted, for economic sabotage.

A concerned Nigerian told the Maritime First that he had prayed that highly informed people like El-Rufai would rule the country; even as he expressed his disappointment that the Governor couldn’t handle an ordinary picketing in the State.

“He just failed the acid test! A man like that cannot be trusted to hold too sensitive a position!”, he stressed further.