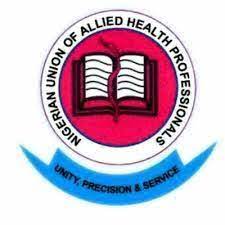 The union, made up of professionals in the health sector such as; Medical Laboratory Scientists, Physiotherapists, Radiographers, Dieticians and Dental Technologists, embarked on the strike to protest the non-payment of five month salaries of some of its members.

Addressing a news conference, NUAHP Chairman, Oladayo Olabampe, said that the last time the affected members, which include over 300 staff, collected a salary was in December 2020.

“It is on a sad note that I stand before you this morning to address the press on the current situation of our health system in the country and more especially in UCH as regards the welfare of staff who invariably are members of this noble union.

“It should be noted that we have been silent for too long, until it became glaring that silence is no more golden.

“We have therefore decided to speak aloud for well-meaning Nigerians to be aware of the dilemma of poor and helpless health professionals in UCH.

“See members of this union who were employed in the year 2020 have not been collecting salaries from the beginning of this year till date,” he said.

The NUAHP chairman claimed that the five-month salaries being owed them by the tertiary institution had made it difficult for them to cater for their dependents and other needs.

Olabampe alleged that dialogue with the teaching hospital’s management had not yielded any positive results, prompting the union members to call for the indefinite strike.

“While we wait endlessly and hopelessly, all financial responsibilities are not waiting as the affected staff have to feed their various families, pay school fees, pay rent among many other responsibilities in the face of the prevailing economic situation in the country.

“Resident doctors who were in the same shoe with our members have been paid a month’s salary.

“This union has been magnanimous and understanding to the extent of encouraging her members to work despite the non-payment of salaries.

“Things have so degenerated to the extent that workers who have worked with zeal and total commitment must go on strike before they can be considered for their pay,” he said.

According to him, the union is also demanding an end to all forms of discriminations and unfair treatment against them by the UCH management.

Newsmen recalls that resident doctors of the hospital, on May 1, embarked on an indefinite strike over non-payment of salaries and non-enrollment of some members on the Integrated Payroll and Personal Information System (IPPIS).

As at the time of this report, the resident doctors’ strike had affected clinical services in the hospital, with only skeletal duties performed by non-striking workers.