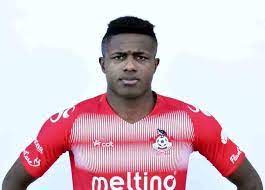 Former Nigerian U-23 player, Bede Opara, says he has confidence in the Super Eagles’ ability to rediscover their winning streak, in spite of their poor showing against Cameroon.

Opara, who was a member of the 2019 U-23 Cup of Nations, said this on Wednesday during an interactive session with newsmen in Owerri.

He expressed satisfaction with the Super Eagles’ performance during the two games, saying, “It was a fantastic but tough encounter”.

The newsmen report that Nigeria lost by a lone goal to Cameroon in the first leg and drew goalless in the second leg of the friendlies played in Austria.

The 22-year-old defender, paid special tribute to debutant Valentine Ozornwafor for “a great outing”, saying that he had acquitted himself.

He opined that Ozornwafor, who plays for a Turkish club, Galatasaray SK, would most likely get more caps for Nigeria.

He said, “Everyone tried their best, especially my fellow defender, Ozornwafor, who got his first cap for Nigeria, and I tip him for greatness.’’

Opara said he remained grateful to God for giving him the opportunity to represent Nigeria at the U-23 level.

Speaking about his football career, Opara, who plays for a Portuguese side, União Almeirim, said he started with Bright Tomorrow FC, Umuokwene in Ngor-Okpala Local Government Area of Imo, before moving to Portugal.

He said that other clubs in Portugal had shown interest in signing him on, adding that he might likely take on a new challenge, if his agent and lawyers worked out a good deal.

“I started with Bright Tomorrow FC at home before my performance earned me a place in Portugal and I have not stopped searching for greener pastures,’’ Opara said.

He urged younger talents across the country not to give up on their dreams but rely on God and keep working hard.