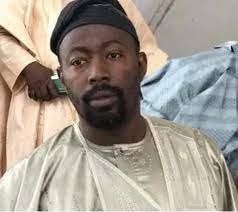 The speaker of the Kaduna State House of Assembly, Rt. Hon.Yusuf Ibrahim-Zailani, said investment in sports would help in ending insurgency and other forms of insecurity in the country.

Zailani described sports as a veritable tool, that if well explored, could bring an end to insurgency, banditry and other forms of insecurity bedeviling the country.

He said this while declaring open a three-day workshop on Coaching Management and Psychology, organised by his Special Assistant on Youth, Sports and Culture, on Thursday at the Ahmadu Bello Stadium, Kaduna.

Represented by his Special Assistant (SA) Media and Publicity, Ibrahim Dahiru-Danfulani, he said to end the growing army of willing tools in the hands of bandits and criminals, the country’s leaders needed to put in more efforts.

“All available options must be explored, including the economic angle, which will put food on more tables of our citizens and youth,” he said.

He explained that the workshop was another milestone achievement of the Malam Nasiru El-Rufai-led administration in the area of job creation and youth empowerment.

“I am highly delighted to be part of yet another historic moment.

“This is because sports, besides ensuring that we remain healthy, is a huge income earner and has potential of employing several youths,” he added.

Zailani said he approved the programme in view of the impact it would have on the immediate society and Nigeria at large.

“This three-day workshop is one veritable tool that will not only train, but will serve as an avenue of training the trainer,” he said.

The Speaker, therefore, urged all the participants to concentrate and learn all that the resource persons would be teaching them.

“I have full confidence in the resource persons, knowing that they are coming all the way from the National Institute of Sports (NIS) and the certificates the participants will be issued will be accepted anywhere in the world,” he added.

The newsmen report that the workshop had in attendance 409 participants and was a collaboration between the National Institute of Sports (NIS) and the office of the Speaker, Kaduna State House of Assembly.