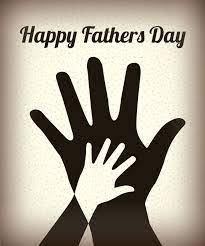 An Anglican cleric,  Rev. Canon Sunday Odude, on Sunday charged men not to relinquish their God-given responsibilities to their wives no matter how resourceful, active and spiritual the wives could be.

He spoke on:  ”The Christian Home Guided by the Word of God”.

According to him, it is not in line with the word of God for the wive to lead or head the home.

“God is very much interested in the role of the father in the home.

“It is expected that the father takes up the responsibility of providing for the family by way of living up to his God-given role.

“Support or assistance from the wife does not and should not make her the head; it is not the plan of God.

“The implications is that when the mother takes the role of the family head, the family fabric breaks, not because fighting or quarreling,” Odude said.

The cleric cited a Bible passage (Ephesians 5: 23) to buttress his point.

“ When a father stops doing what he ought to be doing or ignores his responsibilities in the home, the family stop growing as expected,” he added.

He admonished that when challenges could make a man unable to discharge his responsibility, support or assistance from his wife should not be mistaken to transfer the family leadership to the wife.

He advised women to be submissive to their husbands no matter their social status.

According to him, this would properly guide the children in their marital and family lives in the future.

He advised men not to enter into marriage unprepared to avoid failure in their responsibilities.