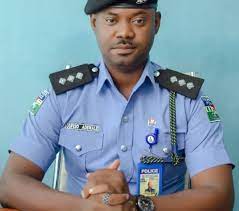 ….. As Police parade 3 suspects in Ibadan, over Iwo Road Crisis***

A yet-to-be-identified man was allegedly shot dead at Water bus stop, along University of Ibadan-Ojoo Road on Monday after withdrawing some cash at the Automated Machine (ATM).

The newsmen gathered that the man was shot in his private part and rushed to an undisclosed hospital in Ojoo area of Ibadan where he was confirmed dead.

An eyewitness told newsmen that the man was shot dead after withdrawing a huge amount of money from a new generation bank at the University of Ibadan.

He said that his killers were suspected to have trailed him to the bus stop, where he was shot.

“I saw him when he was taken to the hospital in a Micra car. I just left school when the incident happened.

“I saw the guy and I am sure he was dead,” the witness said.

The Police Public Relations Officer in the state, DSP Adewale Osifeso, told newsmen that he was yet to be briefed of the incident.

In the meantime,  the Police Command in Oyo State on Monday paraded three men arrested in connection with Iwo Road clash between officials of state Park Management System (PMS) and phone traders in the area.

It would be recalled that the clash between the park managers and the phone sellers claimed two lives on Wednesday at Iwo road area of Ibadan.

The Commissioner of Police in the state, Ngozi Onadeko, while briefing newsmen on Monday at the command’s Headquarters in Ibadan, said that the suspects were linked with the Iwo road crisis.

“We are parading these suspects for their involvement in the crisis that happened in Iwo road last week Wednesday.

“These three people were arrested and paraded due to their involvement in the crisis that happened on Wednesday at Iwo road.

“Though, investigation is still ongoing, I will continue to update you about what we get from the investigation, and that is basically what is going on now,” Onadeko said.

Speaking about the incessant killings in Ibadan and the command’s efforts in curbing it, Onadeko said that more tactical teams and policemen have been drafted to ensure safety of residents of the state.

She pleaded for the support of the public in providing credible informations that would assist the police in discharging its duty, saying the perpetrators lived with the citizens in the community.

“We are still having this incessant attacks of Okada riders, and we have continued to put more policemen on the road.

“We are doing more than enough of police visibility and intelligent gathering, we need the support of the public,” Onadeko said.

In an interview, one of the suspects who confirmed that he was member of PMS officers in Iwo road, said that he was not involved in the crisis.