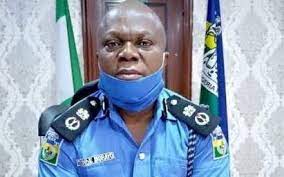 The Police Command in Ekiti confirmed that seven people lost their lives, while many other passengers sustained injuries in an auto accident along Ilumoba-Aisegba road in Ekiti on Tuesday.

A statement by Mr Sunday Abutu, the command’s spokesperson in Ado-Ekiti, said the incident, which occurred at about 6:00a.m., involved two vehicles on a collision.

He gave the identities of the vehicles as a Luxurious bus, marked BDG-47-WT and one Hummer bus with registration number ABC-82-XH.

Abutu said the impact of the crash led to the instant death of the seven passengers, including the Hummer bus driver, while several others in the luxurious bus sustained varying degrees of injuries.

According to him, it was gathered that the luxurious bus was heading to Lagos from Kano, while the hummer bus was from Lagos, heading to Abuja.

Abutu said that while the survivors were rushed to Ekiti State University Teaching Hospital, (EKSUTH), Ado-Ekiti, bodies of the dead had been evacuated to the mortuary.

He disclosed that the state Commissioner of Police, Mr Tunde Mobayo, accompanied by the state Deputy Governor, Chief Bisi Egbeyemi, had visited the scene of the accident.

“The Ekiti State Commissioner of Police, while commiserating with the families of the deceased, prayed God to grant their souls eternal rest.

“The commissioner also wishes the victims, who are currently receiving treatment in the hospital, a quick recovery,” Abutu said.