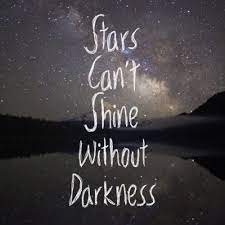 May Allah reward Hajjah Aysha for sharing this wonderful story with us. Hajjah came from a very wealthy family in the east coast of Australia.

They are very rich, so they have housemaids for everything. She said, “honestly we don’t treat them well, bcos most of them came from Asia and Africa”.

At times she said, “We just hate them for their race”.

Hajjah didn’t spend so much time with her family bcos she studied in Scotland. So she only visited home once every 6 months.

So she never liked how the maids were treated.

She said one day I even took the phone to call the police after her sister lit a cigarette lighter on the skin of one of the maids. But she couldn’t. Out of her concern for the maid, she took her with her to Scotland.

After graduation, Hajjah and the maid returned home. Months later, Hajj got married and moved to the UK with the Maid. They became very close and even shared bed sometimes. She said, “At times I forgot Hana was a maid. I treated her like my own daughter”.

Hajjah said, “5 years later a friend of my husband proposed to Hana (maid) I almost sabotage the marriage bcos I didn’t want Hana to leave me. But I had to let go”. Years later Hajjah started having children. She did everything to make this world a better place for them. She said, “We sent them to the best schools and gave them everything”.

She was rushed to the hospital and within no time she was taken in for surgery.

Weeks later, Hajjah Aysha was declared incapacitated. She lost her ability to walk. She got admitted to a nursing home, because her husband and kids were all working, so no one was there to stay.

One late evening, Hajjah heard a knock, it was her nurse. The nurse said, “You have a visitor but I sent her back. She left her name”. Hajjah asked “Who was the visitor?”, the nurse replied “An Asian woman by the name Hana”. Hajjah said, “can you send for her quickly?” The nurse rushed to the veranda and suddenly Hana appeared before her bed. Hajjah and Hana hugged and cried for minutes. Hana said, “I am here to take you with me if your family would allow”. Hajjah said, “New warm tears dropped one after the other.

I looked up and said O Allah, you are neither blind nor deaf”.

Within days, arrangements were made and Hana moved Hajjah to her place. She took care of her and they lived happily after. Hajjah said, “30 years back, if anyone told me that a housemaid will take care of me like my own daughter, I will disagree. Hana did what my own kids couldn’t do for me”. In the end, Hajjah sent her message “Brother share my story. Tell the world to be nice to people regardless of who they are”

Never maltreat others, they might turn out to be your helpers in the future.