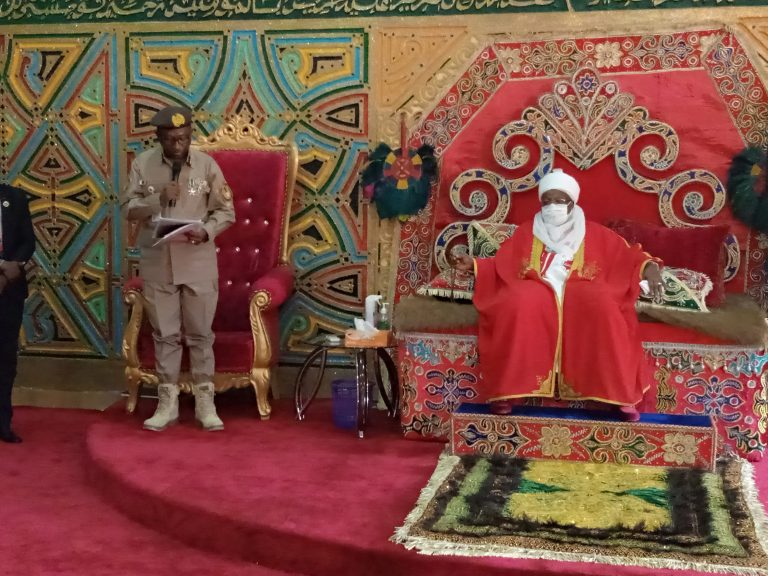 The Comptroller-General (CG) of the Nigeria Immigration Service (NIS) ,Alhaji Muhammad Babandede, says the Service is planning  to limit job opportunities other nationals  can be employed to do in Nigeria.

Babandede said this when he paid a courtesy visit to the Emir of Katsina, Dr Abdulmuminu Kabir-Usman, on Wednesday in Katsina.

According to him, the influx of foreign nationals into the country has made them occupy most of the job opportunities Nigerians can be engaged in.

“Therefore, we are going to limit the kind of jobs those foreign nationals can be engaged in by Nigerians. By doing such, Nigerians can get more job opportunities.” he said.

Babandede said that he was at the palace to seek  the Emir’s blessings and see how NIS could also collaborate with the traditional institutions in identifying the foreign nationals who had stayed in the country beyond their official residence permit.
.
He  added that efforts by  the  immigration to collaborate with the traditional rulers would ensure serious management of the country’s security caused by illegal influx of  foreigners.

“Border management strategy cannot be achieved without the  involvement  of the traditional rulers. They are the ones that can identify any strange persons in their domains.

“Therefore, Your Highness, I beg for your support to make sure anyone traveling out of the country or coming in must have travel documents.

“Non-implementation of the ECOWAS protocols is a  major challenge we have at  our borders. Hence, we are going to make sure that we enforce the protocols,” he said.

The Emir,  Dr Abdulmuminu Kabir-Usman, in his response said that  the decision to engage the traditional rulers is a welcome development, and he assured the Comptroller-General of his support.

According to him, the traditional rulers, especially the village heads, ward heads and the district heads; have  vital roles to play in identifying foreign nationals that had  stayed  long and those coming in illegally into their domains.

He explained that if they were engaged, it would also assist  both the traditional rulers and the  government on how  to manage   security issues in their respective communities and the country in general.

The newsmen report that the CG   had, on Monday, paid a similar visit to Gov. Aminu Masari of Katsina State.