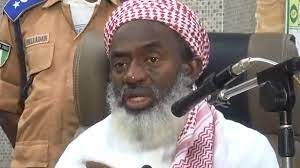 The Nigerian Army has dismissed Sheikh Ahmad Gumi’s allegation that its personnel were colliding with bandits who had been responsible for various crimes and atrocities against Nigerians and the Nigerian state.

The Director, Army Public Relations, Brig.-Gen. Onyema Nwachukwu, in a statement on Wednesday, was reacting to Gumi’s allegations on ARISE TV Morning Show on Wednesday.

Nwachukwu said that the Nigerian Army remained a symbol of national unity that had discharged its constitutional responsibilities in the most professional manner in line with global best practices.

He said that army personnel had always adhered to the rules of engagement and protection of the fundamental human rights of the citizenry.

According to him, the sweeping allegation peddled by the scholar is not only sad and unfortunate, but a calculated attempt to denigrate the Nigerian military and undermine the sacrifices of our patriotic troops, who are working tirelessly to restore peace and stability across the country.

“It is essential to remind ourselves that these same militaries, being accused of connivance, are the ones who recently put their lives on the line to rescue abductees of the Government Secondary School, Birnin Yawuri from kidnappers.

“While the NA will not attempt to excuse the possibility of black sheep amongst its fold, it must be stated unambiguously that it will not condone any form of sabotage or aiding and assisting the enemy by any personnel.

“The provisions for dealing decisively with such acts are crystallised in Section 45 (1) of the Armed Forces Act CAP A 20 Laws of the Federation of Nigeria 2004.

“It must also be pointed out, that while the military is very much receptive to constructive criticism, it should not be perceived as a gateway for derogatory comments that have the potential to embolden criminals,” he said.

The Army spokesperson also cautioned that patriotism be taken to a trajectory where subversive conversations on the state were brought to the barest minimum.

He also enjoined opinion leaders to demonstrate patriotism in building peace, rather than being agents of desstabilisation by aggravating the current security challenges facing the nation.

“The NA wishes to reassure law abiding citizens, that troops will continue to conduct themselves professionally in consonance with the code of conduct guiding our operations in all combat engagements, in line with the provisions of the Nigerian Constitution and global best practice.

“Citizens are enjoined to continue to support military operations by providing useful information to defence and security agencies and together we shall rid our society of these criminal elements,” he said.

Newsmen report that the theme of this year’s International Widows’ Day, is: “Invisible women, invisible problems’’.

She said the challenges of widowhood were “indescribable.’’

The widow said since she lost her husband over 31 years ago, her only sources of support had been from her siblings, church and colleagues at work place.

She said that she had never received any form of supports from the state government, saying she heard on radio that the government was supporting widows but she never benefitted.

According to her, once a woman is educated and working, taking care of her children becomes less difficult compared to a widow who has no form of education.

“Because I was educated and working, through the help of God I was able to raise my four children and they are now all graduates, though I lost one of my sons in 2005,’’ Barde said.

She appealed to the state government to promote girl-child education in the state, saying that “If girls are well educated, their chances of being self-reliant increase’’.

“The state government should please support all widows in the state with empowerment programmes and ensure that the real widows at the grassroots benefit from the programmes and not fake widows,’’ she said.

Barde, who is now a grandmother of three said she had many suitors after the demise of her husband.

“I rejected all just because of my children and the ugly stories that those who did often share,’’ she said.

The widow, who advised husbands to always will their property to their wives or children said things would have been better as at the time she lost her husband if her late husband’s property were given to her.

She appealed to Nigerians to always support widows in their communities.

She expressed her gratitude to Evangelical Church Winning All (ECWA) 1, Bolari, Gombe, for their support to her and other widows.