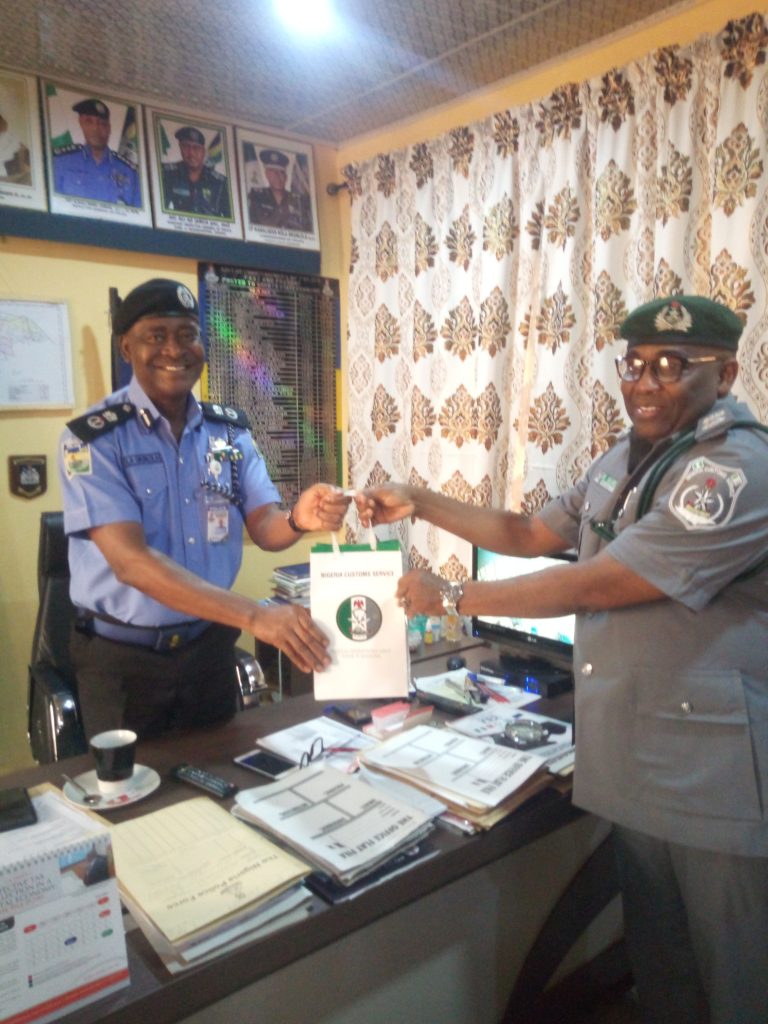 Hamisu made the call when he visited the Commissioner of Police Sokoto State Command, Mr Kamaladeen Okunlola, on Wednesday in Sokoto.

He commended the police and other law enforcement agencies on the successes recorded in the border drill operations, noting that such working efforts should be encouraged.

Hamisu said that such collaborative effort had reduced smuggling to the barest minimum and enhanced cordial working relationship with sister organisations.

He added that the visit was aimed at revitalising the partnership with the police , expressed gratitude for working with police and urged for sustenance.

The custom boss said that the synergy, partnership and cooperation would strengthen the fight against crime in the country, especially smuggling and be of benefit to the public.

“For every point of entry into the country, if the customs arrest people with firearms, they will eventually be handed over to the police for proper documentation and prosecution.

“Some smugglers have sophisticated weapons, they even see some of the law enforcement agencies stopping them as stopping their means of livelihood, and they do not see smuggling as a crime,” he said.

He explained that no agency could work alone and achieve the desired success, stressing that they were for the same goal in spite of working under different names with separate mandates.

Hamisu emphasised the need to educate lower cadre officers on how best to partner in taming security challenges rather than the seemingly unnecessary rivalry that hitherto existed amongst the agencies.

”Our mission and target as security agencies, both military and paramilitary is to work for the nation and ensure a peaceful country. We  can only achieve better successes working together,” Hamisu added.

Responding, the CP said public activities change rapidly, hence the need for good synergy unlike in previous days when there was lot of unnecessary rivalry among security agencies.

Okunlola encouraged officers and men to undergo more courses to advance their capacity, stressing that further learning exposes officers to the modern practices as far as security is concerned.

“When I came, I met the synergy and I really appreciate that and sustained same as well. We have been working with each other as if we are from the same organisation.

“Knowledge makes things simple for our security personnel. Any time, you need us do not hesitate.

“We will always be there for you. We are going to cooperate with you like always and achieve our purposes as agency working for the same country,” Okunlola said.

He also appealed to media practitioners to always strive towards reporting good things about the security agencies in a manner that propagate their image in a better way.

The newsmen report that the comptroller is going round  to smoothen relationship with sister agencies and interact with border communities.