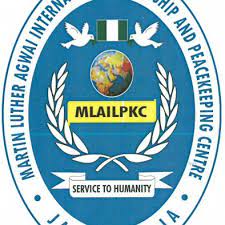 Martin Luther Agwai International Leadership and Peacekeeping Centre (MLAILPKC) has engaged in research with a view to proffering solution to the menace of piracy and maritime crimes in the Gulf of Guinea.

The centre on Wednesday in Abuja, commenced the validation exercise of a research project on piracy in the Gulf of Guinea: Root Causes, Effects and Priority Intervention Measure.

Chief of Training (Army), Maj.-Gen. Francis Azinta, represented by the Director of Training, Maj.-Gen. Abubakar Ndalolo, said the research was important considering the importance of the region to African economy.

Azinta said that the Gulf of Guinea was a major strategic asset to West Africa and Africa at large, as well as a major critical economic nexus between the Americas and Asia.

He said that the rate of piracy in the gulf was believed to be one of the highest in the world, adding that 95 per cent of sea crimes took place in the region.

Azinta said that piracy in the Gulf of Guinea was a source of concern to Nigeria, adding that the research project being conducted by the centre was timely.

“This huge volume of maritime cargo is being threatened by piracy.

“This is the reason why the International Maritime organisation is always crying out on the increased threats and attacks on the individual and seafarers in the region,” he said.

He said that whether we like it or not this contributed negatively to affect global trade and safety of seafarers.

”The International Maritime Bureau which have been tracking piracy in the region has also alluded to this part by stating that the region accounts for about 95 per cent of kidnapping at sea.

“So, you all agree with me that the Gulf of Guinea has become a hub of piracy due to high unemployment rates along the coast of West Africa, weak security and lack of enforcement of maritime laws.

“It has, therefore, become expedient to stem the tide of this trend right now,’’ he said.

The Commandant, MLAILPKC, Maj.-Gen. James Ataguba, said the projected was being conducted in collaboration with the Government of Japan through UN Development Programme (UNDP).

Ataguba said that activities of pirates had posed serious threats to maritime trade and business along the corridor of the Gulf, adding that it had retarded the region’s economy, particularly Nigeria.

This, according to him, calls for concerted actions to reduce the influence and activities of this hoodlums in the region.

He said that the project sought to unravel the root causes of piracy and maritime crimes in the Gulf of Guinea with a view to curbing the menace.

He commended the Government of Japan and the UNDP for the collaboration with the centre on the project.

“The validation of this project will assist the centre’s institutional and operational capacities to meet its mandate through delivery of quality training to target beneficiaries.

“In addition, it will assist Countries of the region to further strengthen their institutional effectiveness, inclusiveness, accountability, transparency and responsiveness at National and international levels.

“Furthermore, the entire project will contribute towards the achievement of the Sustainable Development Goals (SDGs) that aims to promote peaceful and inclusive societies for sustainable development, provide access to justice for all and build effective and accountable institutions at all levels.

“The project will no doubt potentially contribute to a reduction in extremism, violence, crime and exclusion in the region,’’ he said.

The Representative of Japanese government and Defence Attaché, Lt.-Col. Uchiumi Kazuaki, said that his country believed that the project would contribute to the future safety of the Gulf of Guinea.

Kazuaki said that the security of the region was important to the global economy, adding that Japan was concerned about the safety in the region.

He said that his country attached importance to addressing the menace, hence the need to support peace-keeping centres in Africa in the area of research and development.